KVUE Game of the Week: Round Rock Dragons vs. Vandegrift Vipers

Round Rock High School versus Vandegrift High School has won the honors of KVUE's Game of the Week. 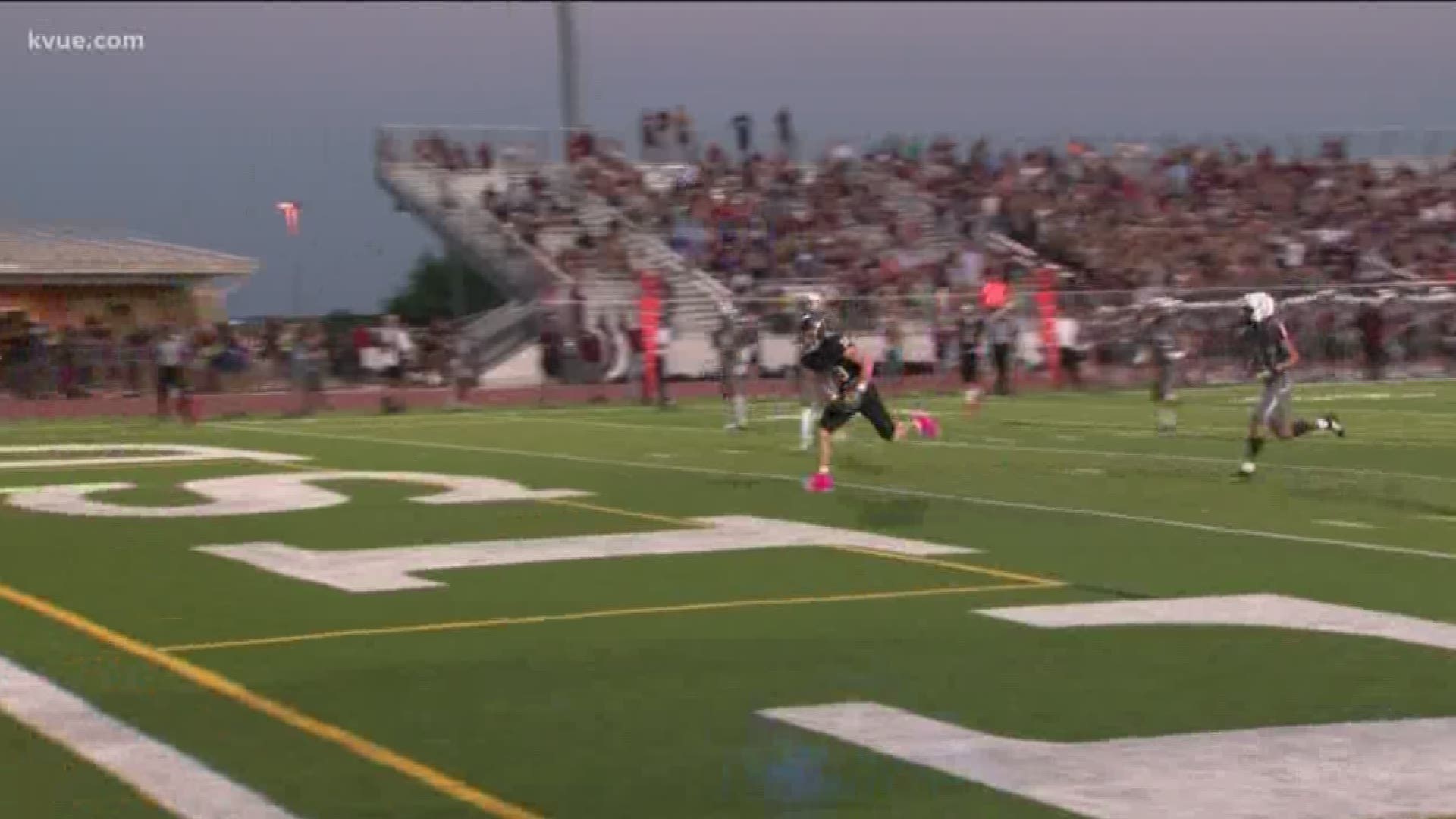 LEANDER, Texas — It's week six of high school football, and that means another pair of school's chance to be KVUE's Game of the Week!

This week, the honor goes to Vandegrift High School and Round Rock High School. Last season, the Vandegrift Vipers won on the road, 27-24.

KVUE's Jake Garcia went to Vandegrift High School on Tuesday. Here is how the school is prepping for this matchup.

"It's actually very easy to keep up the intensity because we know they're a good team," said head coach Drew Sanders. "That gets our guys juiced up. We generally play well in games like this where it's going to be packed and there's a lot of intensity and a lot of expectation. Our guys in the past at least have stepped up to the call and done what they needed to do."

Vandegrift continues to hum along, knocking off other undefeated teams like it's nothing.

The Vipers enter Friday's showdown having won their past 15 games dating back to last season. Their most recent win handed Vista Ridge its first loss of the season.

Friday's matchup against Round Rock is easy to label: great offense against great defense.

Vandegrift has given up the fewest points among teams in the district; Round Rock has scored the most.

"Generally speaking, I'll take a great defense over a good offense any day because I'm a defensive guy," Sanders said.

RELATED: Here's the winner of KVUE's Big Save of the Week – Sept. 27

KVUE's Emily Giangreco visited Round Rock High School on Thursday to see how they were preparing for the game.

There isn't one focal point of Round Rock's multi-faceted offensive attack, but wide receiver and Purdue commit Collin Sullivan certainly is a big part.

Another story line to watch is the coaching battle between father and son.

It'll be the first time in their coaching careers that Jeff and his son Barton, who's an assistant at Vandegrift, will be on opposing sidelines.

Some families might opt for trash talk. The Cheathams have decided not to talk at all.

"My dad and I are very close. This week, we may not talk as much," Barton said on Tuesday.

"It's that kind of deal where you love your brother... I love my son, but we like winning," Jeff said.

"For him to be part of one of the best fraternities there is, being a Texas high school football coach, is a huge honor for me as a dad," Jeff said.

It was a one score game at halftime, but in the end, Vandegrift pulled out the victory, 32-25.

Here's the winner for KVUE's Big Save of the Week - Sept. 20