Cedar Park High School versus Hutto High School has won the honors of KVUE's Game of the Week. 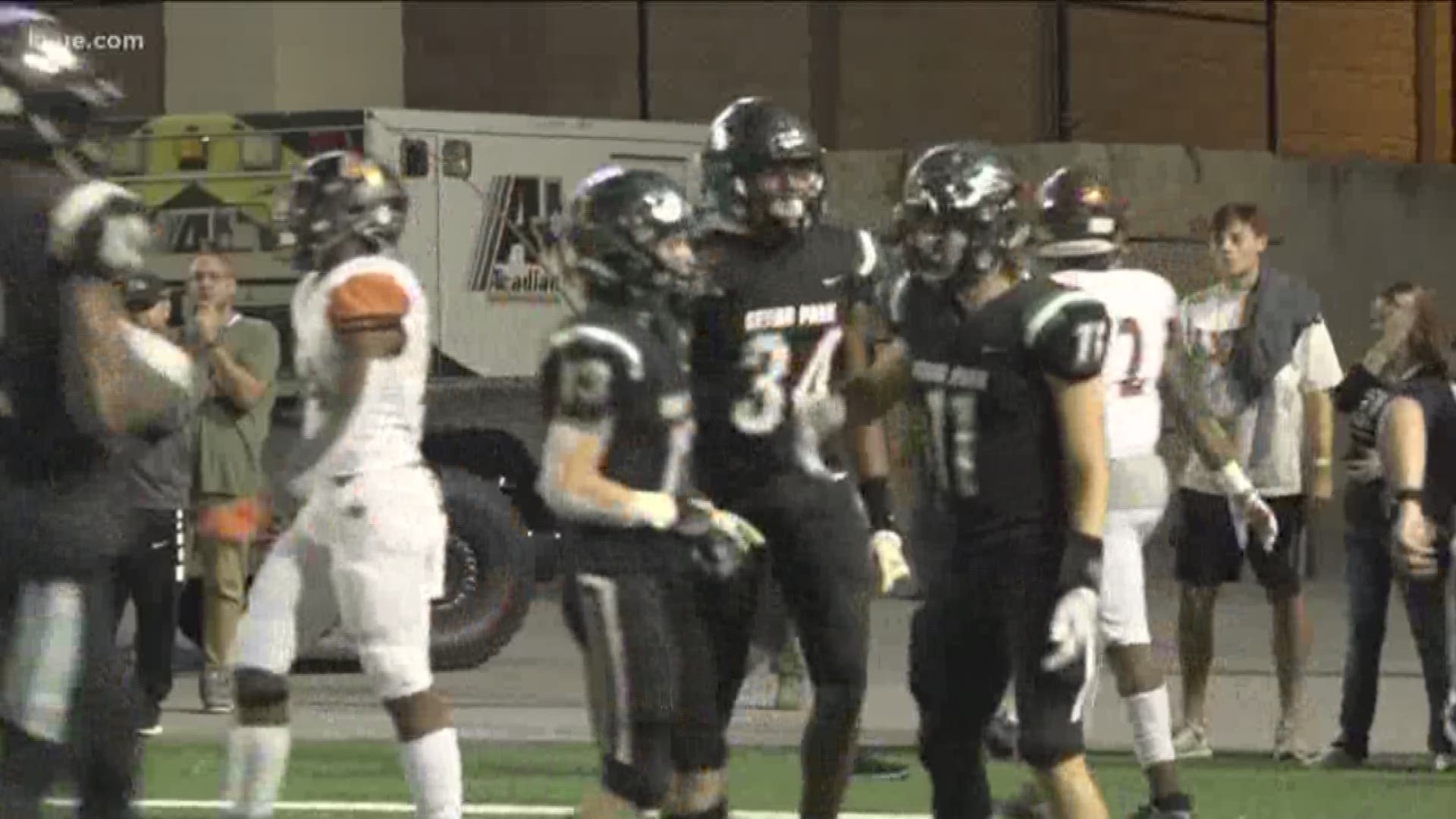 It's week seven of high school football, and that means another pair of school's chance to be KVUE's Game of the Week!

KVUE's Jake Garcia went to both Cedar Park and Hutto on Tuesday. Here is how the two schools are prepping for this matchup.

It's respect more than rivalry, according to Hutto head coach Brad LaPlante.

As the first and second place finishers of 5A District 11 for each of the past two seasons, it's easy to see why.

Friday's matchup between 6-1 Cedar Park and 5-0 Hutto is, for all intents and purposes, a battle for the district crown.

Prior to last year, the Timberwolves had won six straight division titles. Hutto knocked them off in 2018, 65-21, and went on to win the district to end that streak.

“Any time you play a program and you’ve never beaten them and you finally beat that program, (wins) number two and number three should come easier," LaPlante said. "I think our kids have gotten a lot of confidence although they’ve got a lot of respect, they know it’s a good ball club.”

“They beat us last year and they’re the district champs until someone proves it otherwise," Cedar Park head coach Carl Abseck said.

Still, Abseck was quick to shoot down the idea of his players labeling it as a "revenge game."

"If revenge is your motive, then you need to find new reasons to play,” Abseck said.

There will be no shortage of story lines to follow Friday night at Gupton Stadium.

Cedar Park lost in week one to 6A and undefeated Vandergrift and hasn't lost since.

Hutto has scored at least 30 points in every game this season and hasn't had a game decided by fewer than 13 points.

“Based on the history, this might be the biggest game that we’ve had against them," LaPlante said. "Certainly last year, there was a lot of hype going into it because of our senior class and them owning the district for so long, but now that we knocked them off last year, I think this game is even bigger."

KVUE's Emily Giangreco will be at the game to give you live updates on her Twitter page.

It was Military appreciation night at Cedar Park!