The Hutto defender announced his college decision on KVUE. 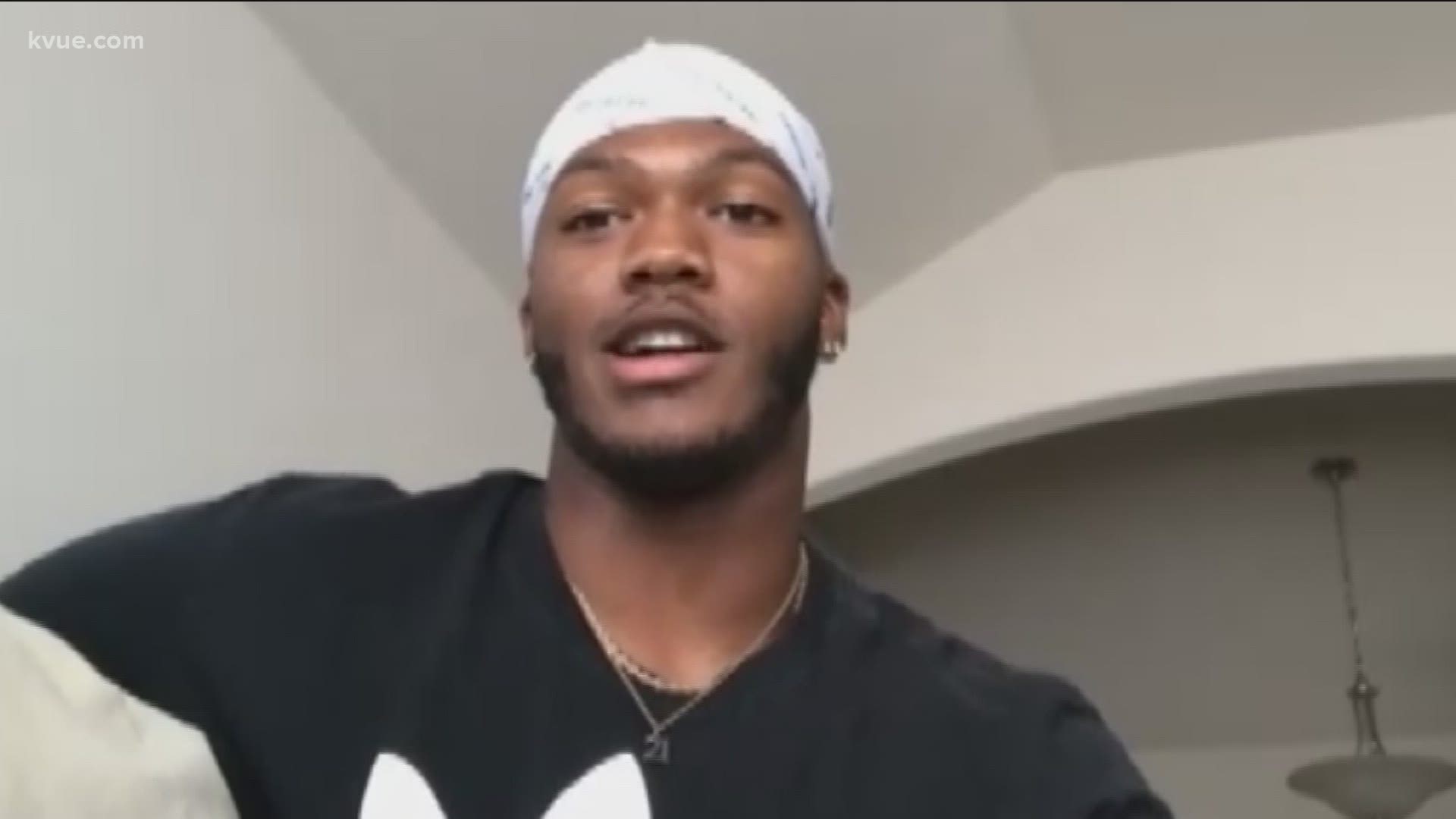 The 6-foot, 3-inch, 235-pound rising senior plays defensive end for the Hippos, but could easily lineup at outside linebacker at the next level.

After two all-district seasons, Watson is ready for a very productive senior year. But before stepping on the field in 2020, he took time to make his college announcement on a video call with KVUE Sports Director Jeff Jones.

After thanking God and his family, Watson said, "I would like to announce that I will be going to Texas Christian University. Go Frogs!," holding up the Horned Frogs' hand sign.

Congrats to Hutto DE/OLB Landyn Watson on his commitment to TCU!

Landyn told us why #GoFrogs is the best fit for him and about the Big 12 team he can't wait to play against.@HuttoHS_Fball @KVUE @landynwatson pic.twitter.com/qNhEWOIkj8

"It fit me, it fit my playing time, my character, it fit me as a person and my family," Watson said. "I trust Coach [Gary] Patterson and Coach [Dan] Sharpe. Those guys have told me what they can do for me, and they've backed it up with a resume that proves it."

That resume that Watson mentioned includes 11 TCU players who have been drafted in just the past three years.

Watson's senior season at Hutto will kick off on Sept. 25 at College Station

Fresh Plus grocery store vandalized after customer was asked to cover his face, manager says