Ayrton Hignojos isn't letting a pandemic or a knee injury end his football career, but it's not a surprise since he's been overcoming adversity his whole life. 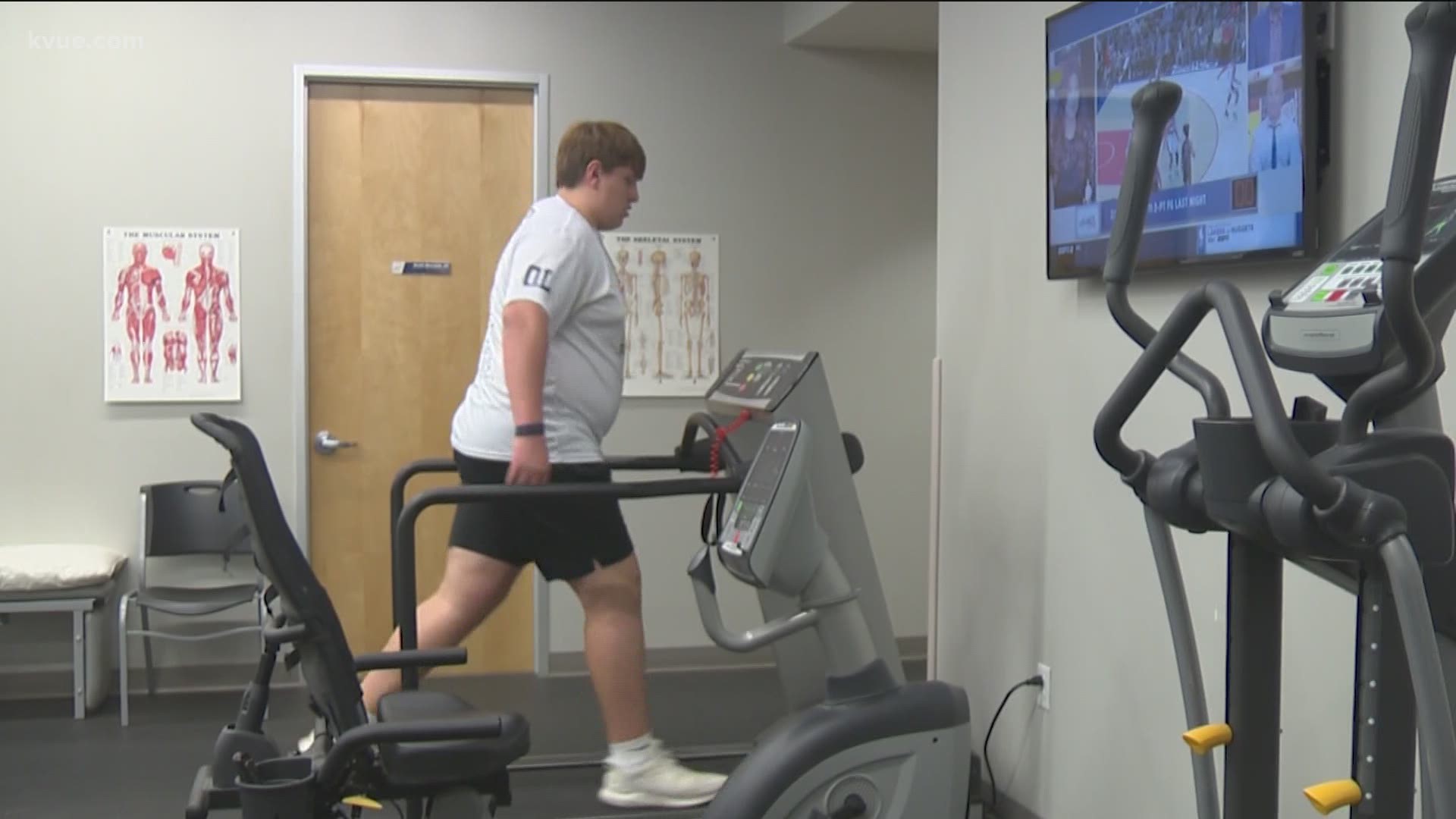 A setback is just a comeback you haven't met.

That's how Ayrton Hignojos approaches both football and life.

“He’s been tested in more ways than probably you and I could truly imagine,” said Bryce Tennison, a trainer for offensive linemen.

Hignojos played for the Glenn High School football team this past season.

He was set to take the field this fall for Arkansas Baptist, but the COVID-19 pandemic has cast doubt over the future of junior college football.

“It definitely does suck because I just wanted to be back as soon as possible,” Hignojos said.

But Hignojos's better-equipped than most to deal with this. He knows the feeling of seasons being cut short or being lost altogether.

“It was Sept. 26, first quarter against Elgin. We were running outside zone. It was Seahawk green. I think my foot planted wrong. It just made this loud pop in my knee," he said.

“I didn’t expect him to be down, he was never down,” his mom, April, said.

"I tore my ACL, my medial meniscus and my lateral meniscus,” Ayrton Hignojos added.

The injury ended his senior season and could've ended his career.

Instead, it motivated him to work even harder.

“I remember when it happened, I think he texted me, 'Coach, I think I tore every ligament in my knee. What do we do next? When can we start training, do some band work?' I’m like, 'Dude, this just happened,'” Tennison said.

OL Virtual Combine Action - a few of the guys working in the heat...on some VERY DRY grass. But hey...we just out here gettin' it. No excuses. Just progress. @_elijahgonzales @swaggeyAtrain pic.twitter.com/tXiG5r89VS

But that mindset and desire to turn a setback into a comeback wasn't something new for Hignojos.

In fact, it's a chapter he took from his own playbook – a playbook he was forced to memorize at birth.

“Four months into my wife’s pregnancy, it was confirmed that he wasn’t going to have an arm,” said Salvador Hignojos, Ayrton's dad.

“Right away, I started researching and, ‘What can I do, how can I fix this?’ I found out it wasn’t him who needed to be fixed, it was us,” April Hignojos said.

It's a condition that hasn't constricted his ability to play football.

“The way he moves, the way he carries himself, it’s like, 'Wow, how can he just do that one-handed,'” Salvador said.

“So long as he doesn’t get himself in trouble, and he keeps his feet and his body and his leverage where he needs to be, he can't be beat,” Tennison added.

Ayrton Hignojos can't be beat in more ways than one.

His football career has survived a global pandemic.

It's survived a torn ACL.

And it's survived despite a condition with which he was born.

“He never let it bother him. I don’t know why or where that came from," April Hignojos said. "His arm didn’t define him.”