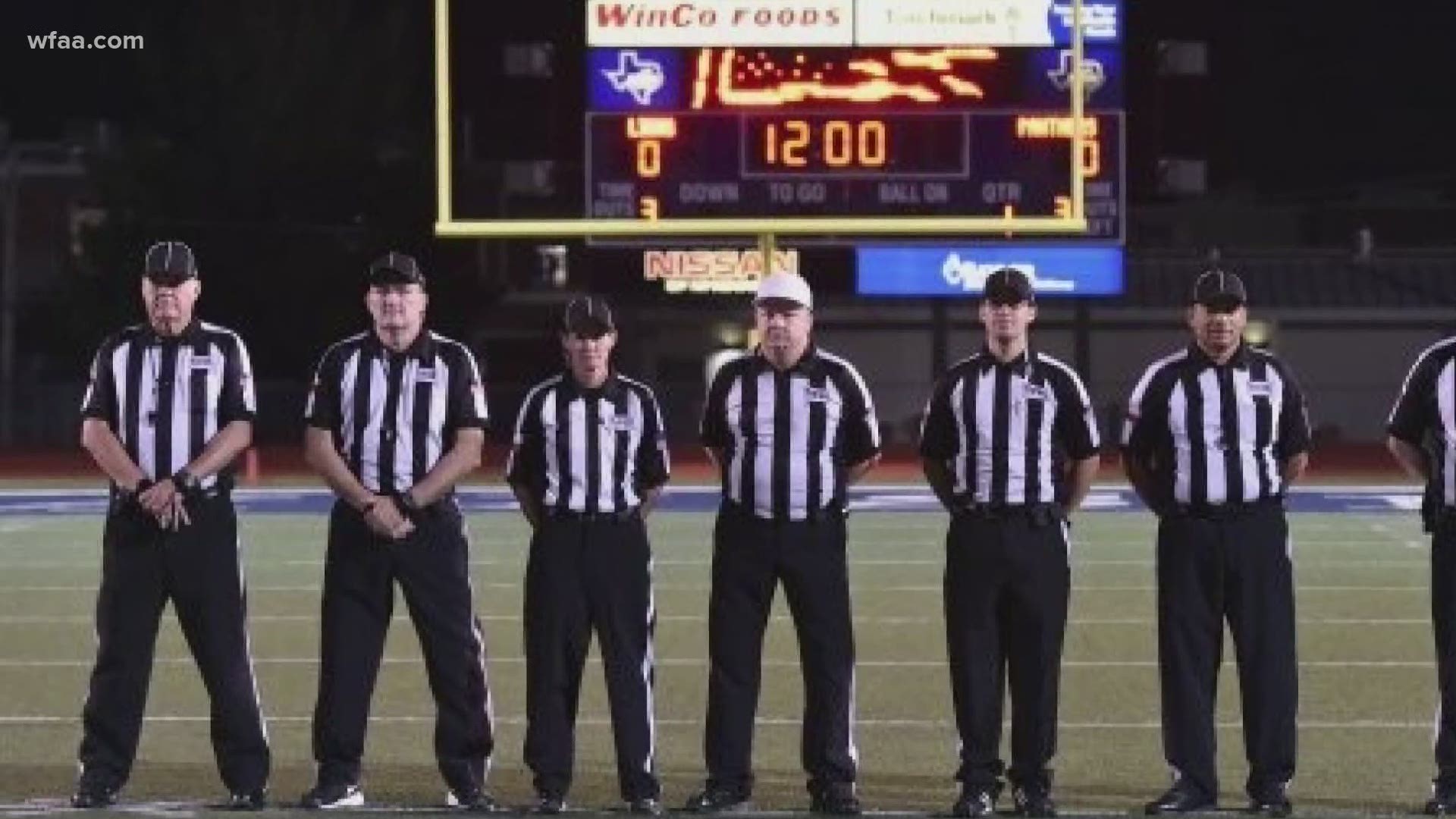 A little piece of high school football history was made on Tuesday night in the Concho River Valley.

"This is all of our dreams," Crystal Cooksey said, "to be able to work a state championship game."

"They say it's one of the big highlights of your career," Cooksey said prior to the game.

An 11-year veteran with the Dallas Football Officials Association, Cooksey, a Garland native, has been donning the stripes for years.

"Not ever have I had an ill word to me about being a female official," she said. "It's actually quite the opposite."

But she knows that isn't everyone's story.

"You know, I've heard some stories from other female officials, one being in the NFL now."

"It wasn't like that for her," Cooksey said. "When she started, it was a tough road. But I think it only made her better."

Cooksey had her own journey, improving as an official every year, despite some early bouts with confidence.

"Maybe I didn't have enough belief in myself sometimes," Cooksey recounted "Part of it's not ever playing the game, so there were rules that I thought I knew, but I didn't know."

But she battled through that, to become the state title game quality official she is now.

"I would doubt myself sometimes. But then I'd go back on tape, and see the games, and I made the right call."

Tuesday night, that journey and all that self-evaluation paid off.