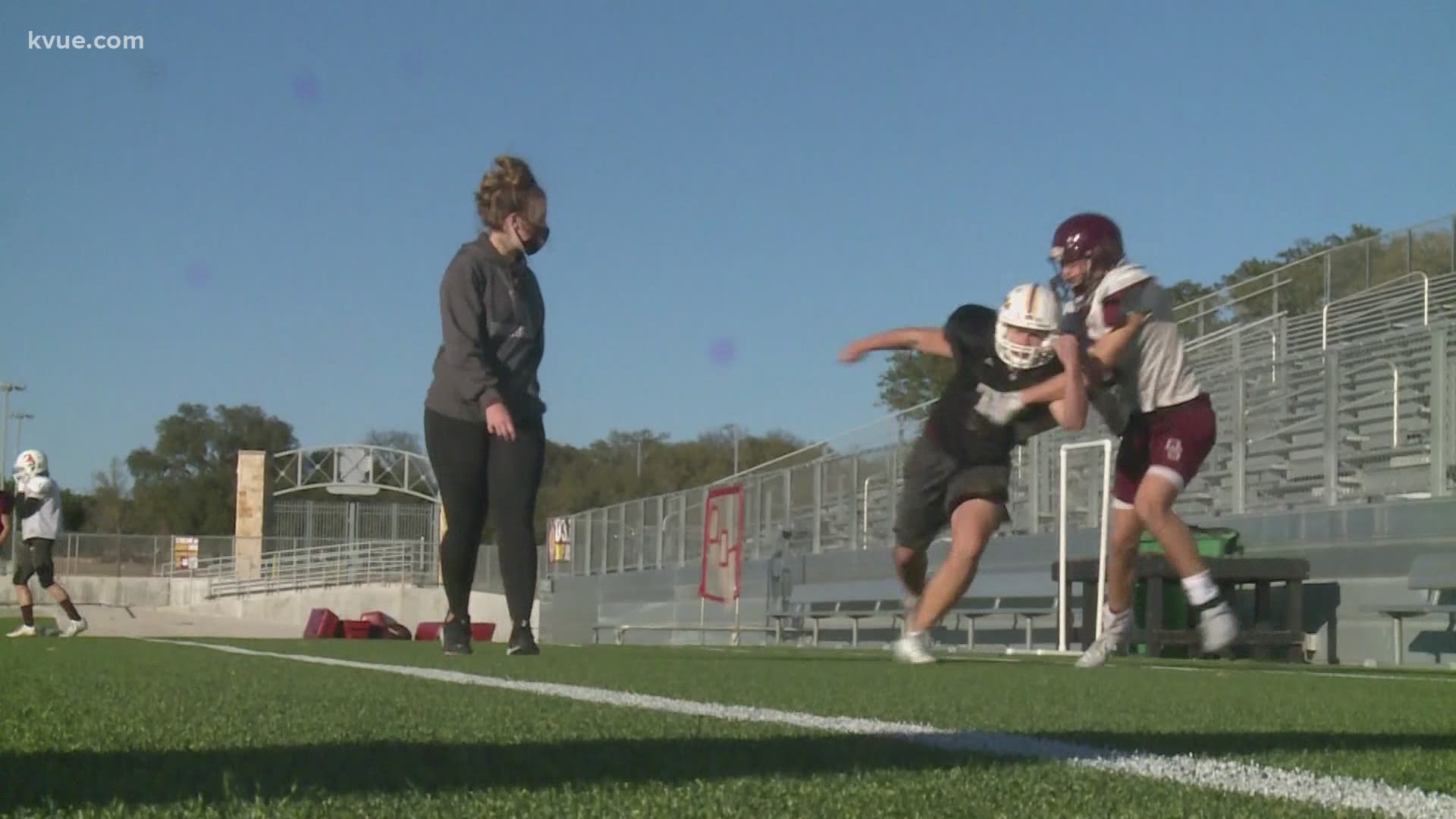 DRIPPING SPRINGS, Texas — Ana Smith grew up swimming and playing softball, but her true passion wasn't in the water or on the diamond.

"I've always loved football," she said. "It's been my favorite sport and I never really could play because I'm a girl."

"The first interaction was an email that she had sent to me saying that she was interested in wanting to help the football program," said Zimmerman.

That email led to a couple of meetings between Zimmerman and Smith and, finally, Smith ended up right where she wanted to be, on the sidelines, coaching.

"It came together really well," said Smith. "He decided to give me a chance and I just took that chance and I ran with it."

Smith spends practice taking notes and writing down questions to ask the coach. She motivates the players and gives them direction:

"Flip your hands, there you go!"

She listened and learned until, finally, it was time to call her first game for the freshman team.

"She took a quarter and, I tell you, she did a phenomenal job," said Zimmerman.

"I almost threw up my first game, I was so nervous," Smith said while laughing. "But it went really well, really well, and the players were incredible. They were super accepting of me."

It may not be a typical sight, seeing a female on the sidelines, but women have continued to break the glass ceiling, especially in 2020.

Smith had a dream and she went for it. With the acceptance of the coaches and players, she wants women everywhere to know they too can have a dream and fulfill it.

"I would say go for it and you're going to get some backlash, that's going to happen, but if it's really your dream, just go for it and start working hard because you'll get there," she said.

Austin ISD says teachers, staff will get vaccine in phase two of distribution