Cedar Park coach Carl Abseck and his son, senior wide receiver Gunnar Abseck, celebrate their bond each week with this tradition: taking selfies before every game. 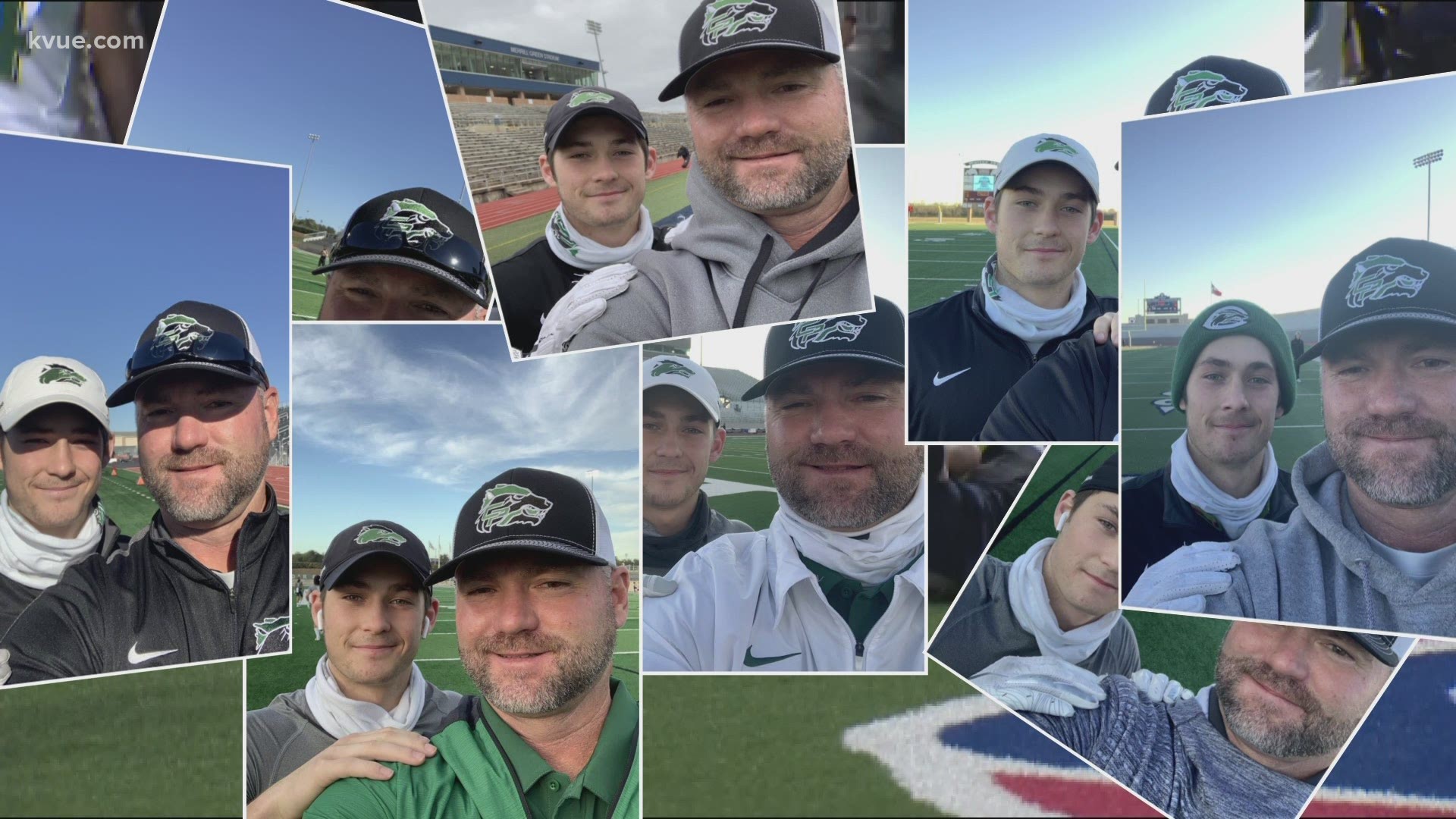 CEDAR PARK, Texas — Cedar Park will take on Denton Ryan in the 5A Division I UIL State Championship, marking the end of a journey for not only a close-knit senior class, but also a father-son bond.

The Timberwolves' trip to the title game has been years in the making. Most of the players go all the way back to elementary school together.

"We've known each other since the fifth grade, so we've been together a while now and had that chemistry going," said Ryder Hernandez, senior quarterback and team captain.

"It's a special group, we've been excited about them since they were in fourth grade, seventh grade, eighth grade, it's been fun," said Cedar Park head coach Carl Abseck.

For coach Abseck and his son, wide receiver Gunnar Abseck, their bond goes back even further. They celebrate their bond each week by sharing an awesome tradition: taking selfies before every game.

It's a tradition that will end before Friday's state championship game.

"I'm excited, you know, I couldn't think of a better place to take our last selfie than AT&T [Stadium] in the last week of the year against an incredible opponent with an opportunity to win a state championship," Carl Abseck said. "I don't think any coach could have asked for a better ending."

And just hours after the selfie tradition ends, Carl Abseck and Gunnar Abseck's time as "coach and player" will end too.

"It's definitely going to be sad in some ways, but at the same time ... they're going to grow up and to see them have success individually, but as a team, more importantly, I couldn't ask for anything more," Carl Abseck said. "I'm excited for him and it's a proud moment for all of us."

Kickoff for Cedar Park versus Denton Ryan is scheduled for 7 p.m. on Jan. 15.