Bowie senior quarterback Trinidad Sanders has had to overcome losing the sport he loves and someone he loves. 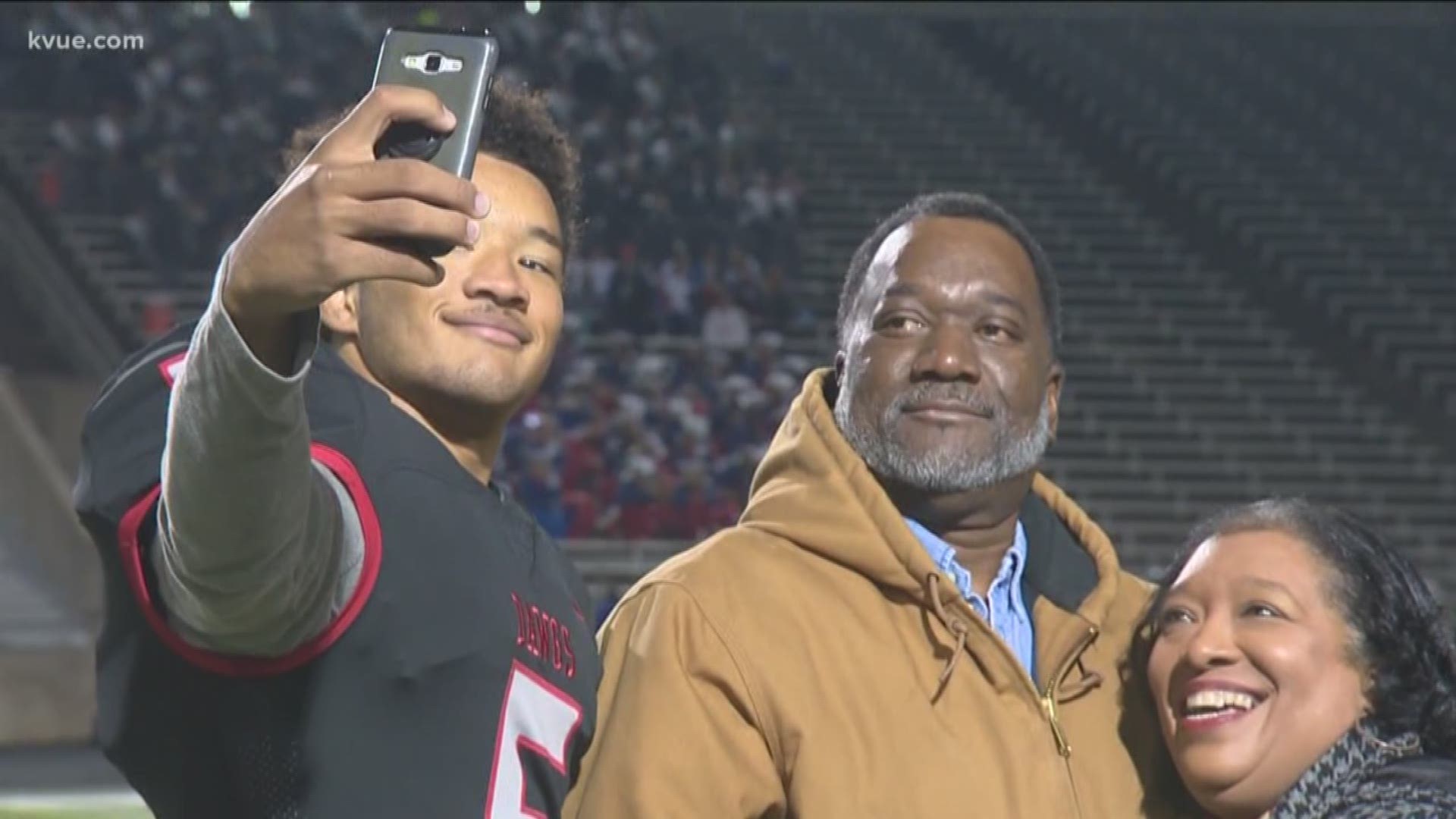 AUSTIN, Texas — Losing what you love doesn't change you. Sometimes, it reveals who you really are.

Trinidad Sanders, a senior quarterback at Bowie High School, knows that all too well.

On Oct. 19, 2017, in a game against Manor, then-sophomore Trinidad was making his seventh start as quarterback for the varsity team.

"I got hit, and it just felt like a shock of pain go right up my leg and I knew right away it wasn't good, it wasn't minor. I knew it was really bad," he said.

"I think you know when you tear that ACL. I think people generally know something is wrong and it's torn," Bowie Head Coach Jeff Ables said.

Determined to return quickly, Trinidad was back under center for the opening game of his junior year.

But on Sept. 14, 2018, in a game against Lake Travis, history repeated itself. This time, he had a torn ACL in his other knee.

One start, one win for Lake Travis Cavs' Nate Yarnell in relief of Hudson Card

Communication and innovation: Texas School for the Deaf reflects on winning $10K grant

However, Trinidad recovered and was named the starting quarterback for his senior season. But on Sept. 13 of this year, in a game against Lake Travis, the severe injury struck for a third time – this time ending his football career.

According to Coach Ables, the string of injuries robbed Trinidad of the chance to play college football.

Tony said his son has handled it better than he has – better than most would in his position.

Trinidad said it's because loss is relative. Losing the sport you love isn't comparable to losing someone you love.

Trinidad lost his mom to cancer when he was in middle school.

"From what I remember of her, she was an angel," Trinidad said. "I think about her every day."

He said he strives to live in her memory, which is why he's still contributing to the team, hopeful for a playoff run as an assistant coach.

"It's not all just about me," he said. "There are still seniors on that team who it's their last year to play, and I want to make sure it goes great for them."

That's why on Senior Night, he dressed out in full pads and said he would've played if the doctors let him.

Trinidad is 17 and has lost what's near and dear to him: football and one of his parents. But losing what you love doesn't change you. Sometimes, it makes you who you are.

"He keeps me going sometimes," Tony said. "I don't know how he does it. I think he gets it from his mom. She was so optimistic and looked for the good things in life."

"I gave all out on the field and off the field for her, to make her happy and smile down on me," Trinidad said.