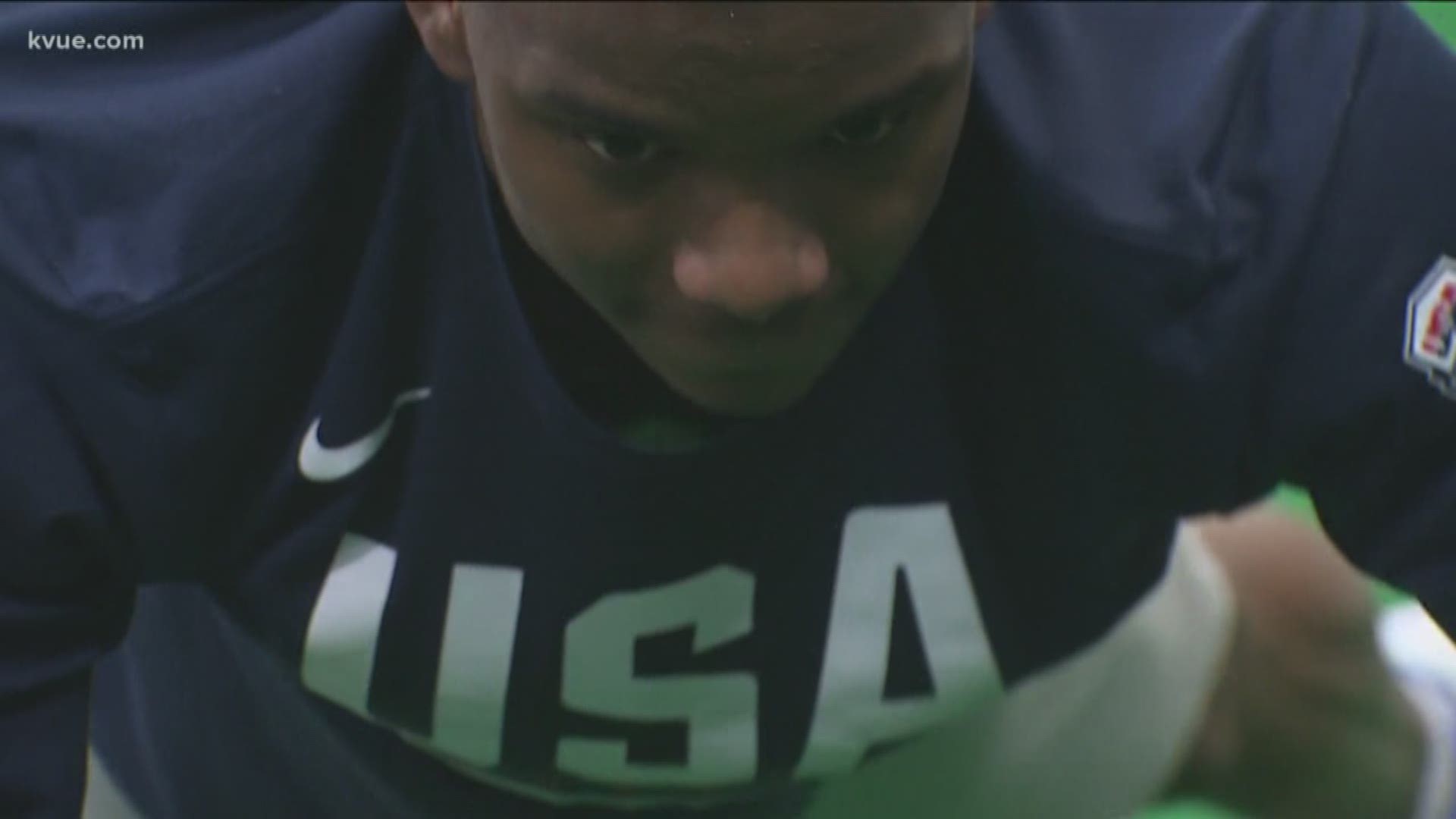 AUSTIN, Texas — The Westlake boys basketball season ended earlier than expected on Friday, as the Chaparrals fell in heartbreaking, double overtime fashion before getting out of area play.

However, for four-star recruit KJ Adams, it's right back to the gym. Adams hopes to raise his stock even more for his senior season, and his work is just beginning.

Adams appears to be in good hands. He's enlisted the services of Train for the Game and Jessica Vaiana – a gym that many elite Westlake athletes have called home and a trainer who's developed a reputation for grooming the best.

Vaiana's list of current and former Division I athletes goes on and will soon include Adams.

"It was the smartest move I made of my basketball career," Adams said.

Adams, a top 30 overall player in the country for the 2021 class, said instead of maxing out with weights on the bench press, he wanted to max out his potential on the basketball court.

"Last year, I was torn and my body was aching. I think my body was ... not giving up, but it was really tight," he said.

Then came his first workout with Vaiana.

"I almost cried it hurt so bad," Adams said. "The muscles that hadn't been stretched out were getting stretched out repeatedly. It felt like my body was going to tear apart."

The results in less than a year have been staggering.

"His muscles have grown so much and he's grown so big in such a short amount of time that we had to really condition his tissue. It was really, really tight and it didn't want to move," Vaiana said.

"A lot of people can just throw you a workout, but she's been to most of my games, knows how my body reacts to different stuff, and does the workout personally just for me," Adams said of his relationship with Vaiana.

"We prepare our athletes for success," Vaiana added.