The Chaparrals take on Atascocita in the state semifinals on Tuesday. 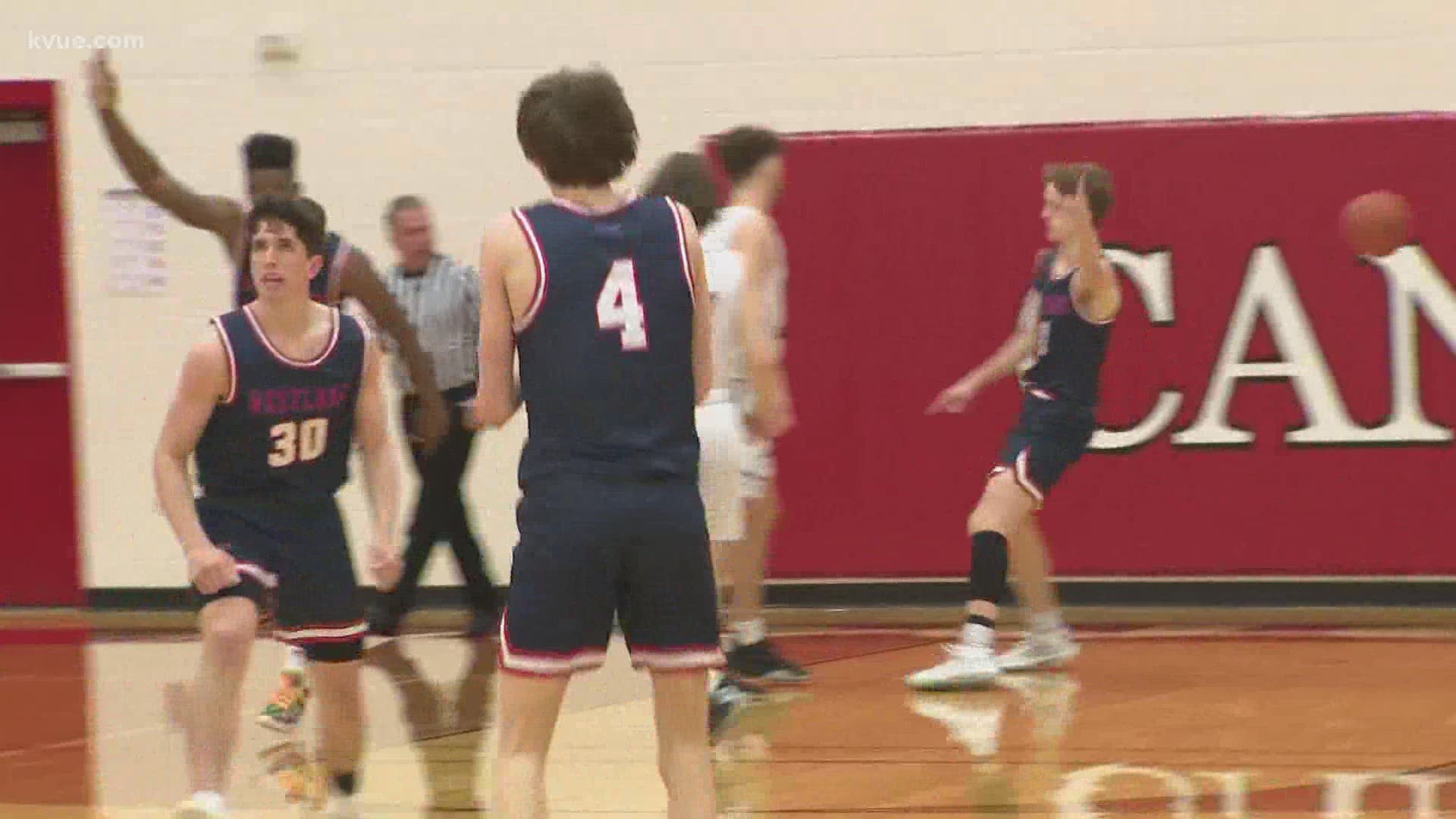 AUSTIN, Texas — Editor's note: This story was published on March 8. On March 9, the Westlake Chaparrals defeated Atascocita, advancing to the state final.

Westlake is searching for its first-ever basketball state title this season, and the Chaparrals are just two wins away from making school history.

The Chaps aren't running from the nervous anticipation of the game though. They're embracing the challenge.

"There's always going to be butterflies, it's our first time at state – for me at least," Cade Mankle said.

"These past two weeks have been surreal, just everybody's hyped up," K.J. Adams said.

The Chaps are 29-1 this season, having lost their game to Duncanville back in November 2020.

"It's only the second time it's happened in our school's history, so it's definitely an amazing feeling. We're blessed," Eain Mowat said.

"Whatever our guys are feeling, they have to remember that Atascocita's feeling the same thing. So, knowing that can kind of free you up from worrying about what happens and just play," Coach Robert Lucero said.

Westlake tips off against Atascocita at 6 p.m. on Tuesday, March 9, at the Northside ISD Gymnasium in San Antonio.

Westlake will face Atascocita in the 6A State Semifinal on Tuesday, March 9th at 6pm at Northside ISD Gymnasium in San Antonio. #GoChaps | #UILState pic.twitter.com/EyXFnu1UrF

A Pass from the Past: Riley Dodge recalls infamous 'Puke Pass' against Westlake