The Mustangs watched the Wolves get an early 12-0 run. 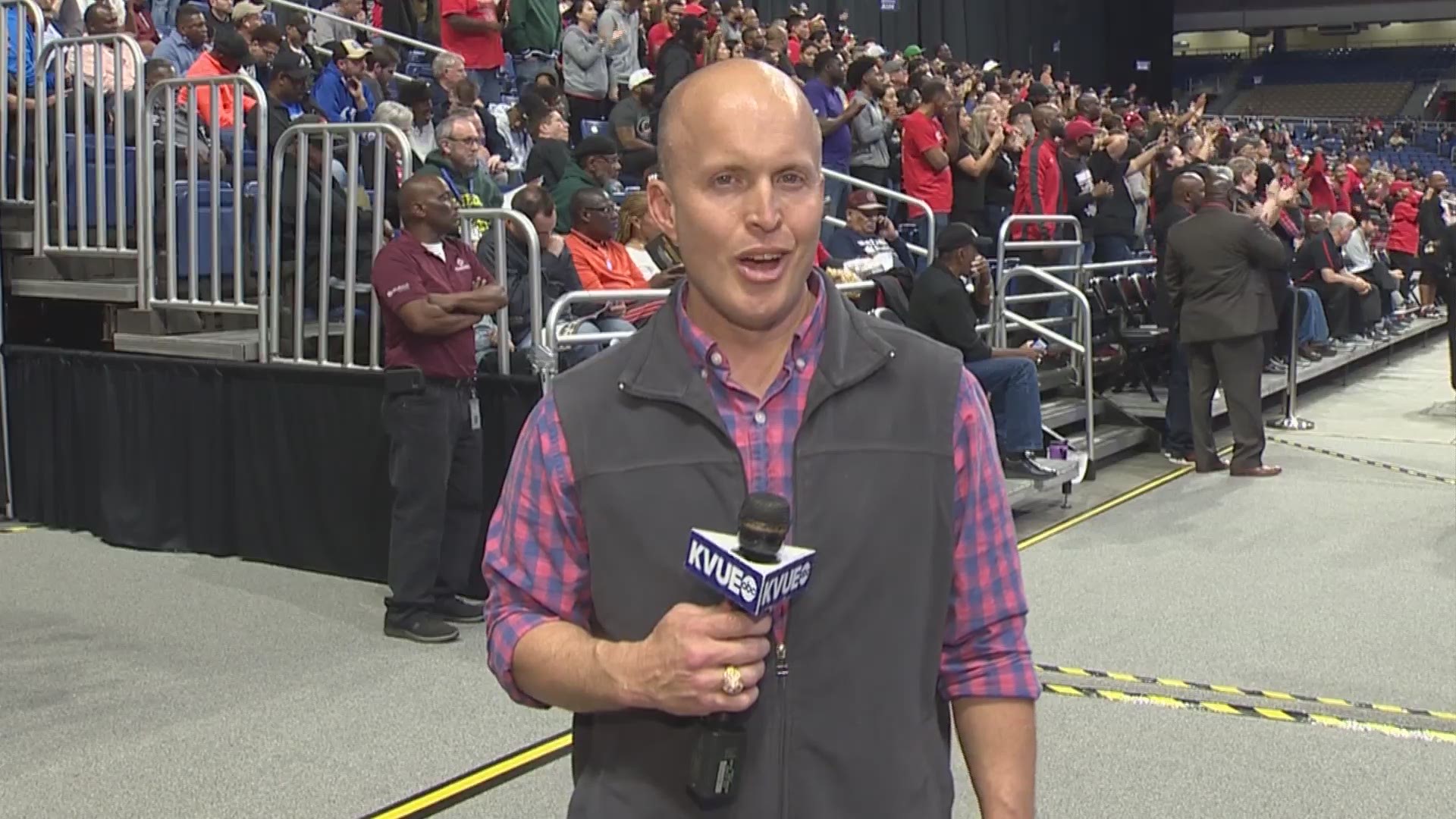 The Manor Mustangs were not in awe of playing in the spacious Alamodome in the state semi-finals.

They had an early 7-4 lead over Mansfield Timberview.

Mansfield Timberview gets the 79-55 win.

Jamal Shead and Augustine Arroyo scored 13 points each to pace the Mustangs.

But CJ Smith scored 24 for Timberview, and that was the difference in the game.

Manor shot 53 percent from the field in the second quarter, but every other period was not good. The 29 percent in the first and 26 percent in the third put the Mustangs in a hole they couldn't escape.

This was Manor's first trip to the State Tournament, which has been in San Antonio the last five years.

Before that, it was in the Frank Erwin Center in Austin and in Gregory Gym on the UT campus.

It's Horns down for Texas on WVU's 2019 schedule

DJ Petrinsky out with injury for remainder of UT baseball season