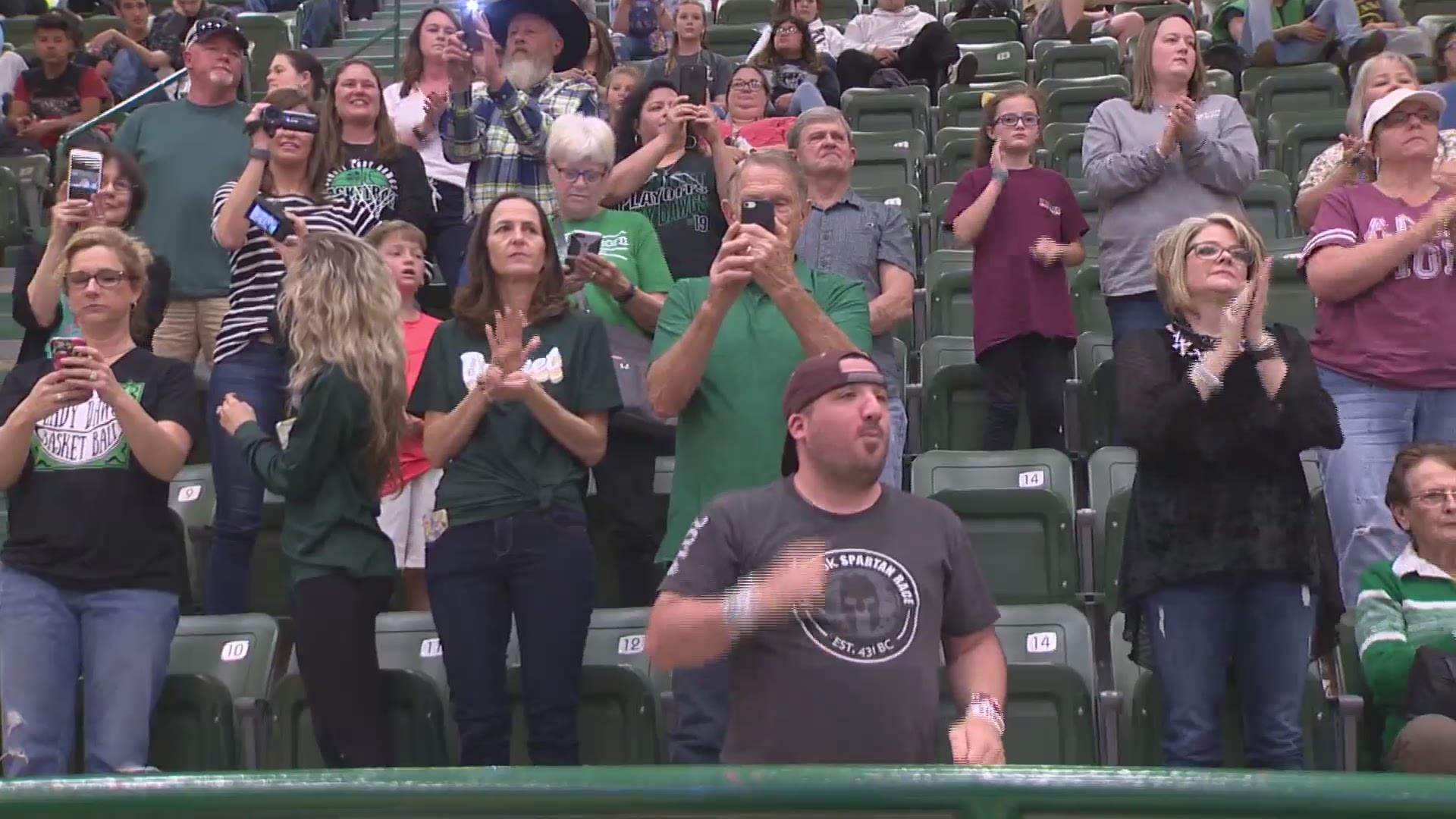 BURNET, Texas — Inside the Burnet High School gym, students circled around the varsity girls basketball team in the middle of the basketball court and began jumping and yelling that popular soccer chant.

"I believe that we will win."

They are rallying around the Lady Dawgs to win a state championship.

"To watch the whole town come together, it just puts so much more on it," guard Emma Lewis said.

The Lady Dawgs basketball team has achieved a lists of firsts, beginning with 31 wins. That's a school record..

And they've done so with a talented group, including aspiring sportscaster and senior Paris Brinkley, who flipped the roles during a recent interview, which was also a first.

With the KVUE microphone in hand she asked me, "How do you expect the Burnet Lady Dawgs to do in the state tournament?"

To which I replied, "I expect them to win two games and win a state championship."

Clinching a spot in the girls state basketball tournament would be a first for this program and for the Burnet community.

RELATED: A pep rally for the state-bound Burnet Lady Dawgs

"Believe it or not, these girls were talking about state tournament in the preseason," Coach Gates said.

The icing on the cake for Burnet was earning this opportunity by beating Liberty Hill in the regional championship.

Their Highway 29 rivals beat Burnet both times in district play.

"I don't think it's sunk in yet. Because we're still going," Lewis said.

Still going strong. Thanks to a certain beard, perhaps?

Coach Gates decided to grow a beard after beating Lampasas over a month ago.

"It's been working for us, so I hope he doesn't change it," Greenwell said.

It's a superstition the Lady Dawgs will take with them to the state tournament at the Alamodome in San Antonio.

"We can do this, we can go all the way," center Kathleen Fipps said.

Burnet will meet Hardin-Jefferson, from Southeast Texas, in a Class 4A State Semifinal on Friday at 1:30 p.m.