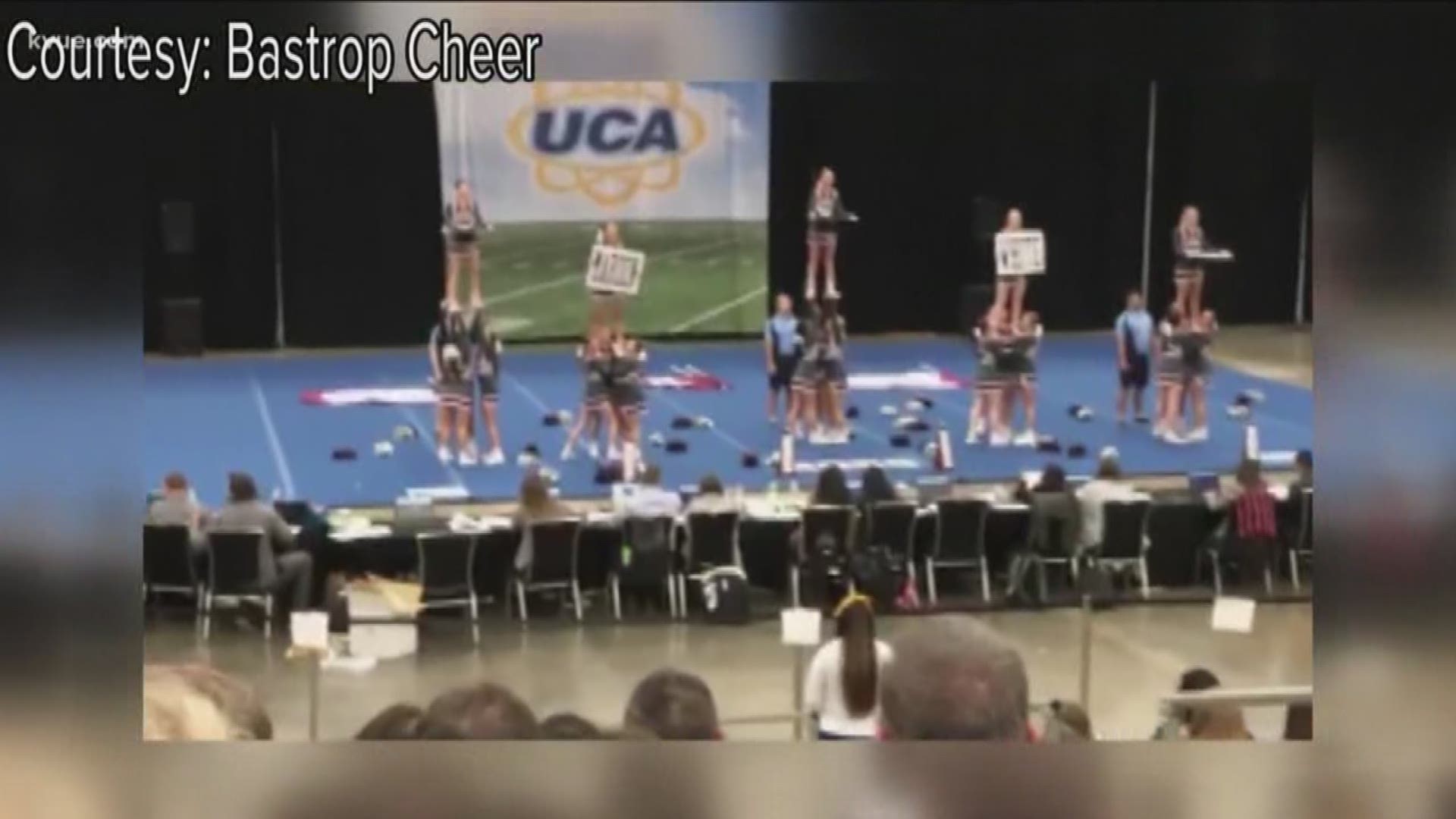 It will be the team's first opportunity to compete on the national stage.

The Bears qualified for nationals after earning fifth place in the regional competition.

The team must raise approximately $26,000 to afford a hotel, travel and registration for the competition. Each of the 22 girls on the team have worked to raise money through different online fundraisers, sponsorships with local businesses, a cheer clinic and a gift card basket raffle.

For the two senior captains, Alexi Dunn and Brandyn Trainor, it could be their last cheerleading experience.

“I’m sad this will be my last time cheering but I’m super excited it’s able to keep going for a little longer," Trainor said.

For coach Alysha Currie, the trip would also be her first competitive experience. In her 16 years coaching in the Bastrop ISD, she did not bring any of her squads to competitions.

“It’s a once in a lifetime opportunity for the girls, and for all of us as a group," Currie said.

The team must raise the $26,000 by Jan. 9 in order to register in time for the competition and leave enough time to find the best hotel possible.

According to Currie, the team would also get passes from the UCA to visit Disney World while they're in Orlando.

If you would like to donate to the team, Currie said BHS and the cheerleaders will be accepting donations once school resumes on the Monday after Thanksgiving.