Liberty Hill, the defending second place finisher in 4A, is eager to prove last year wasn't a fluke. 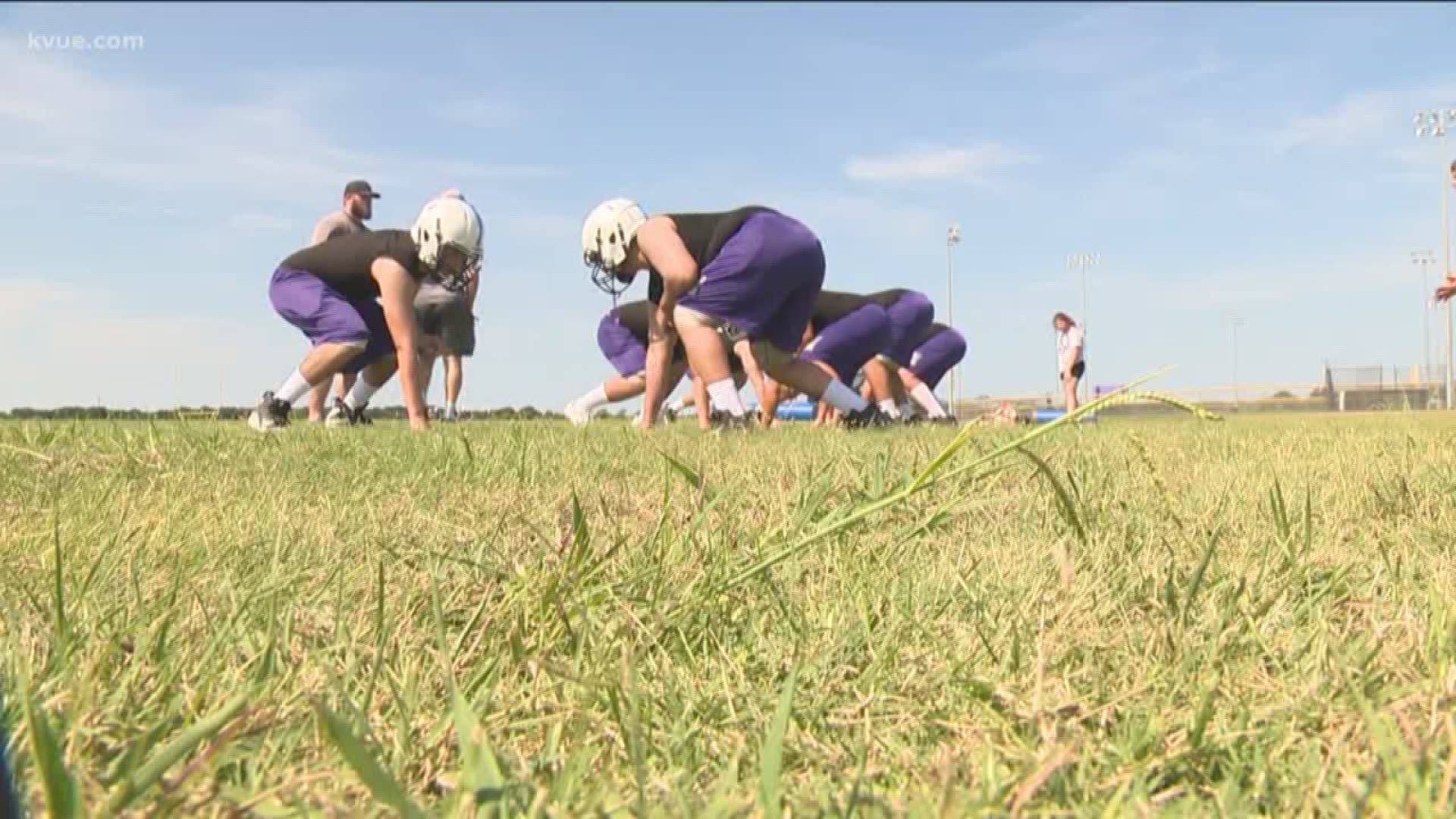 LIBERTY HILL, Texas — The countdown to kickoff is on, and the start of the high school football season is less than a month away.

Fall camps for 4A through 1A schools started Monday.

Liberty Hill, which fell in last year's state championship game to Waco La Vega, feels like it has some unfinished business.

"It's been a long off-season," head coach Jeff Walker said, "especially when you lose your last one. You're ready to get back and get that bad taste out of your mouth."

The Panthers also believe they still have something to prove.

"People are underestimating us a lot this year," senior tight-end Walker Baty said. "We lost nine offensive players and I think six defensive players, but they need to get their heads straight because we're coming."

As for what transpired on day one of practices, Walker had mixed emotions.

"I saw the hungriness early but then we got hot and I saw fatigue," he said. "It's just that part of the year. We've got to push through that and get in shape. Fatigue makes cowards out of all of us and I saw a lot of cowards out there today just because it gets hot."

It was a warm welcome to fall camp for the Panthers.

Twenty minutes down the road, Florence also took to the practice fields.

The Buffaloes went winless in district play last year, and while the same type of success hasn't followed them, as it has Liberty Hill, it didn't make the first day of camp any less meaningful.

"It sucked not going to the playoffs especially because the team went to the playoffs two years in a row before this. So we want to get back on track," senior running-back Jakobi Lewis said.

"They know what it tastes like, what it feels like," he said of his plans of instilling a culture of success. "I know they definitely want to get back to that."

Across the state, there are many distinct outlooks entering the new season, but one feeling that seems to be universal.

"We're excited about being back," Walker said.

Texas gun laws are about to get more lenient