With the regular season in the books, the UIL has released its 2019 postseason brackets. 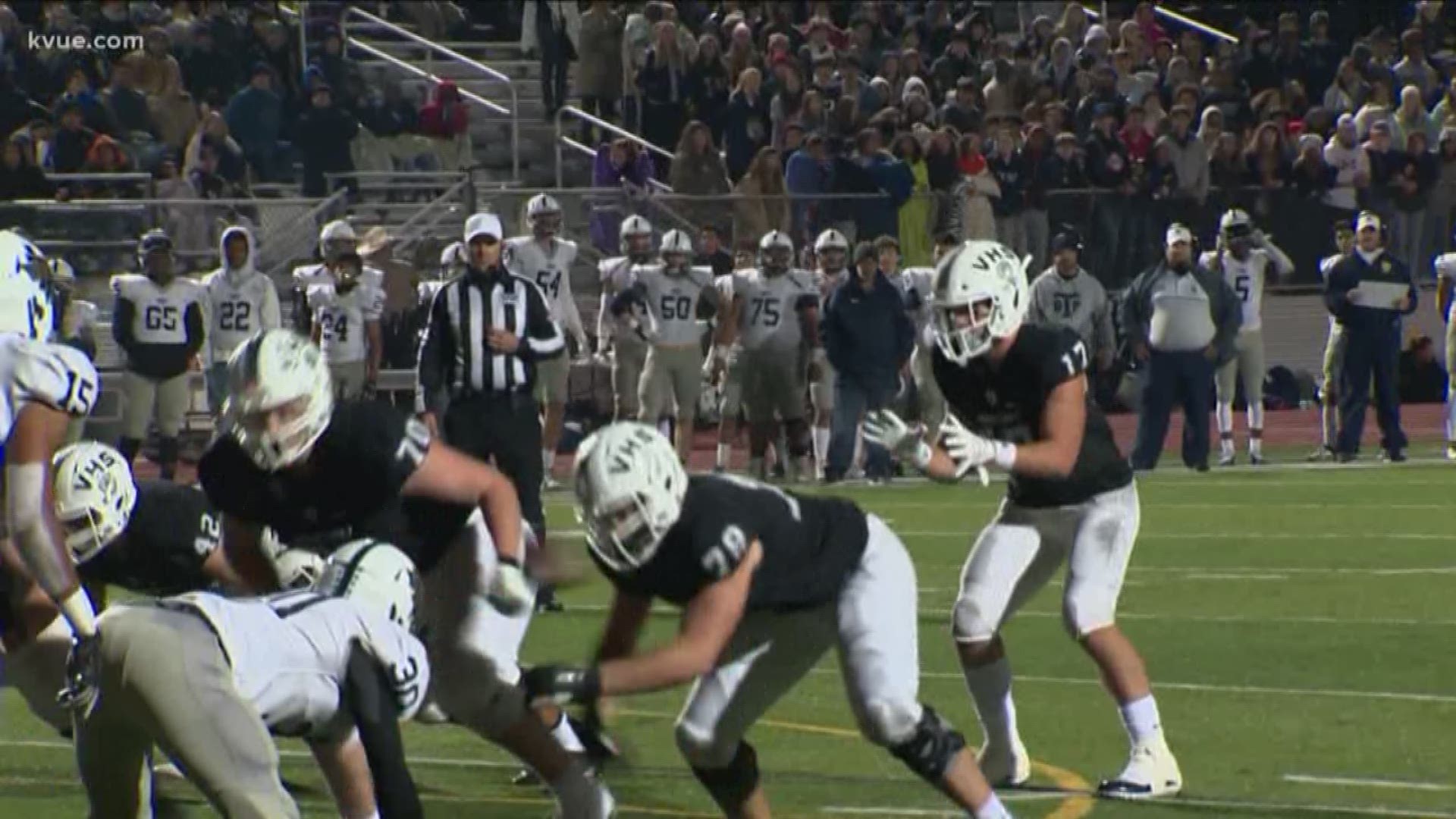 AUSTIN, Texas — The postseason has arrived for high school football teams across the state of Texas, and Central Texas is set to host a slew of first-round games next week.

In 6A Division II, Vandegrift opens with Cypress at Monroe Memorial Stadium, while Westlake and Cibolo Steele square off in a matchup of powerhouses.

All games will be played on Friday, Nov. 15, unless otherwise noted.

Class 6A Division I

Class 5A Division I

Class 4A Division I

Class 2A Division I

Here's the winner of KVUE's Big Save of the Week – Nov. 1