Although the Mustangs defeated the Bobcats 47-17, it's safe to say Texas State got a warm welcome on SMU territory. 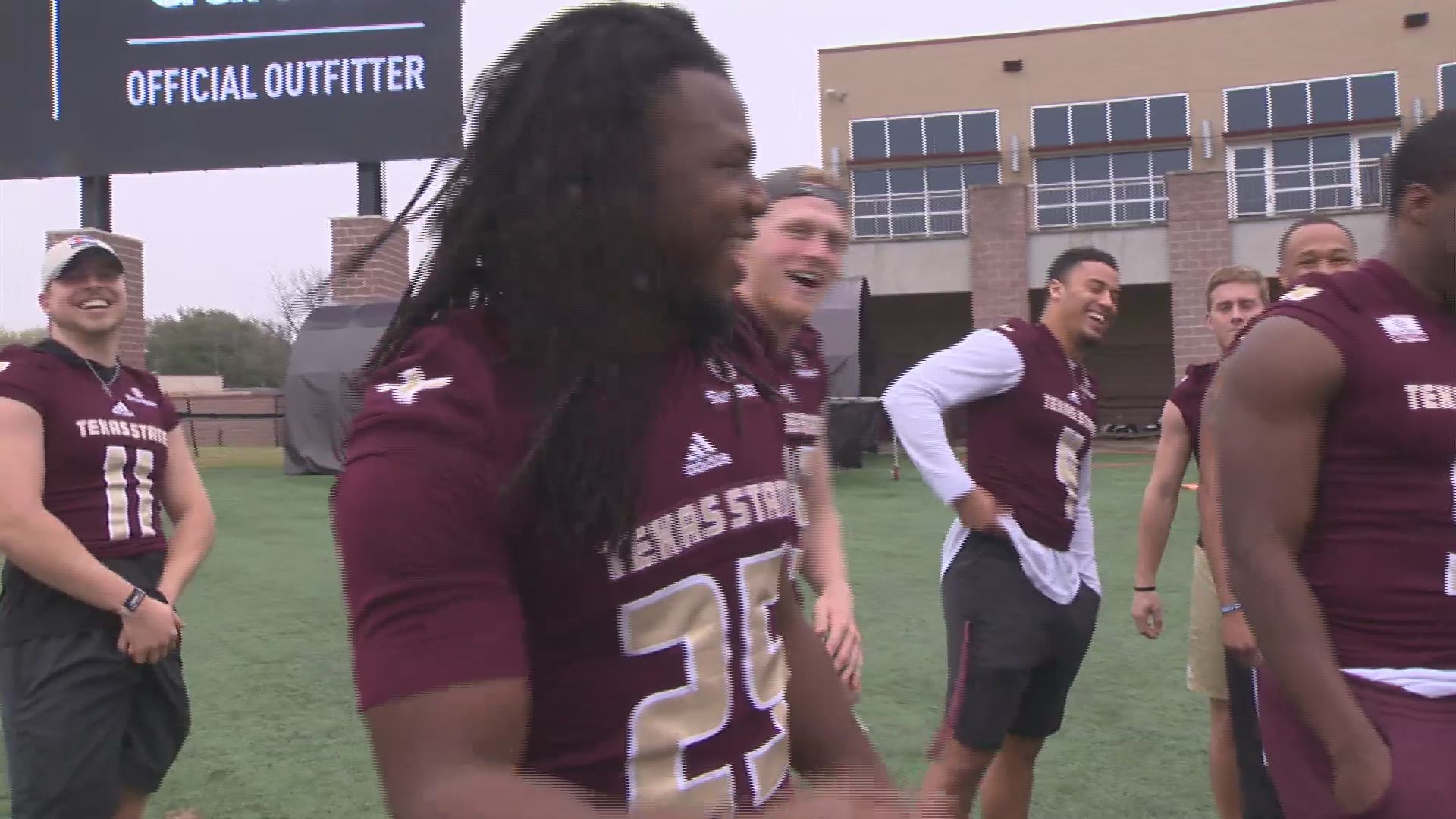 SAN MARCOS, Texas — Editor's Note: The video above is regarding San Marcos native, Mathiaz Rocha, who is an honorary Texas State Bobcat.

Although the Mustangs defeated the Bobcats 47-17, it's safe to say Texas State got a warm welcome on SMU territory.

Denise Trauth, Texas State president, tweeted a picture of herself with Coach Jake Spavital, Bush and the rest of the team moments before the Bobcats took the field.

Trauth said the team and herself were "honored" by the former president's visit.

The special guest even took the time to give the team a pep talk, part of which was captured in a video by Jordan Berry, a former Texas State alum.

"I wish you all the best. Thank you for greeting me," Bush said.

The former president then glanced at Coach Spavital and said, "He doesn't look old enough to be a coach," to a room that erupted with laughter.