From relief to grief: Austin Olympic community reacts to postponement

Cat Osterman said she'll once again put her livelihood on hold to chase an Olympic gold medal. Other athletes won't be so lucky. 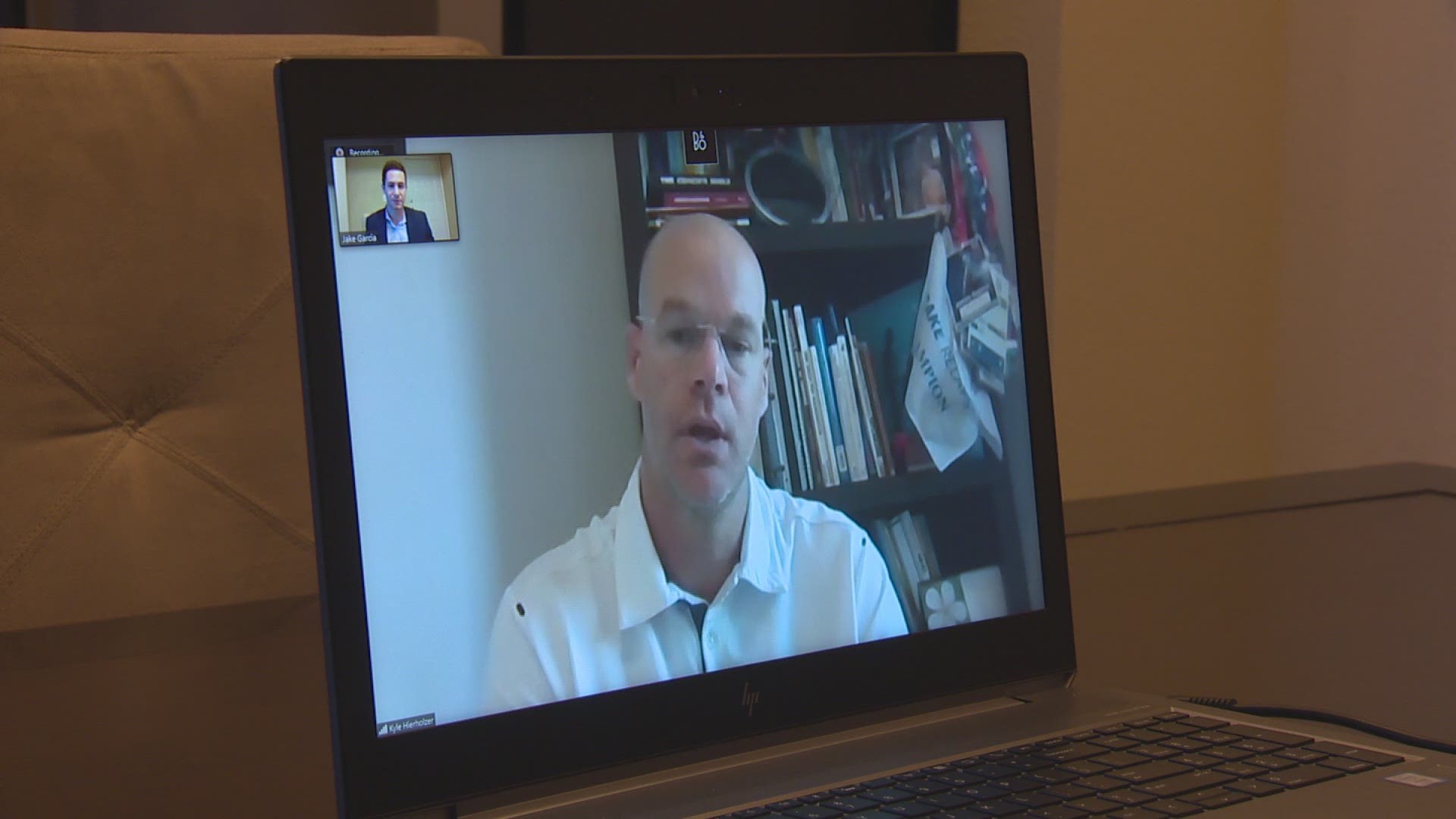 AUSTIN, Texas — As the world came to a screeching halt, Texas-ex Cat Osterman, like many Olympians, saw her world turn upside down.

The four-time All American and two-time Olympic medalist had come out of retirement and had taken a leave from her full-time coaching role at Texas State to compete in the 2020 Tokyo Olympics.

On Tuesday, the IOC announced the Games would be postponed until 2021.

"Just watching the way everything was unfolding, I didn't see how, one, for our health and safety, we would be able to continue with the Games, and, two, when you look at how training has been impacted based on stay-at-home orders, how an Olympic Games was going to run at the best of its abilities for athletes," Osterman said.

Osterman, though disappointed, said she was relieved she wouldn't have to worry about replicating her rigorous training with Team USA from her home in Central Texas.

It was a necessary curveball to flatten the curve.

"I think the biggest relief will come when they give us an actual date of when it's going to so we can actually start to make plans again," she said.

Osterman vowed to return in 2021, quickly shooting down the thought of re-retirement. Other athletes might not have the same luxury.

Given the rapid turnover of the sport and the nature of sponsorships and endorsements, the track world faces a unique set of challenges.

Dan Pfaff, a former assistant at Texas in the late 1990s and a five-time coach for Team USA, called it an "existential crisis."

"People put a lot of energy and self-worth, time and effort into being an Olympian, and when those things are denied, you go through a grief process. Most shoe company contracts for non-prime sports expire with this Olympics, so how are athletes going to train next year with no financial support," he said.

Other local track coaches are feeling the same sort of angst.

"That's complicated by the fact that there are no meets happening; there's very few places to train; there's very few gyms that are open where you can do strength training," said Kyle Hierholzer, a former track coach at Texas State and Kansas State.

There remain more questions than answers at this point. How will athletes adjust their training schedules?

"It's truly a matrix-like puzzle on what to do, when and how," Pfaff said.

Will those who already qualified for this year's Olympics, like the marathon team, receive an automatic spot on next year's team?

"Personally, I would hate to see someone who's qualified for the Olympics all of a sudden be unqualified," Hierholzer said.

And we haven't even talked about how the shortened gap between the Tokyo Olympics and the 2024 Olympics in Paris will affect the makeup of the teams.

"The calendar is going to get super condensed. We have World Championships and Commonwealth Games and Pan-Ams and now you're going to squeeze everything into a three-year period ... If a coach isn't flexible and dynamic with their planning, it's going to end up in a lot of early career-enders just because of the mismanagement of the dynamics," Pfaff said.

One thing is for certain, and that's the need to react quickly and intelligently.

"I think it's important as coaches that we build layers and networks for dealing with mental health issues that are going to result from this," Pfaff added.