Former Longhorn Dylan Frittelli was the last man selected for WGC Dell Technologies Match Play. Yet he's now 2-0 and poised to advance to the round of 16. 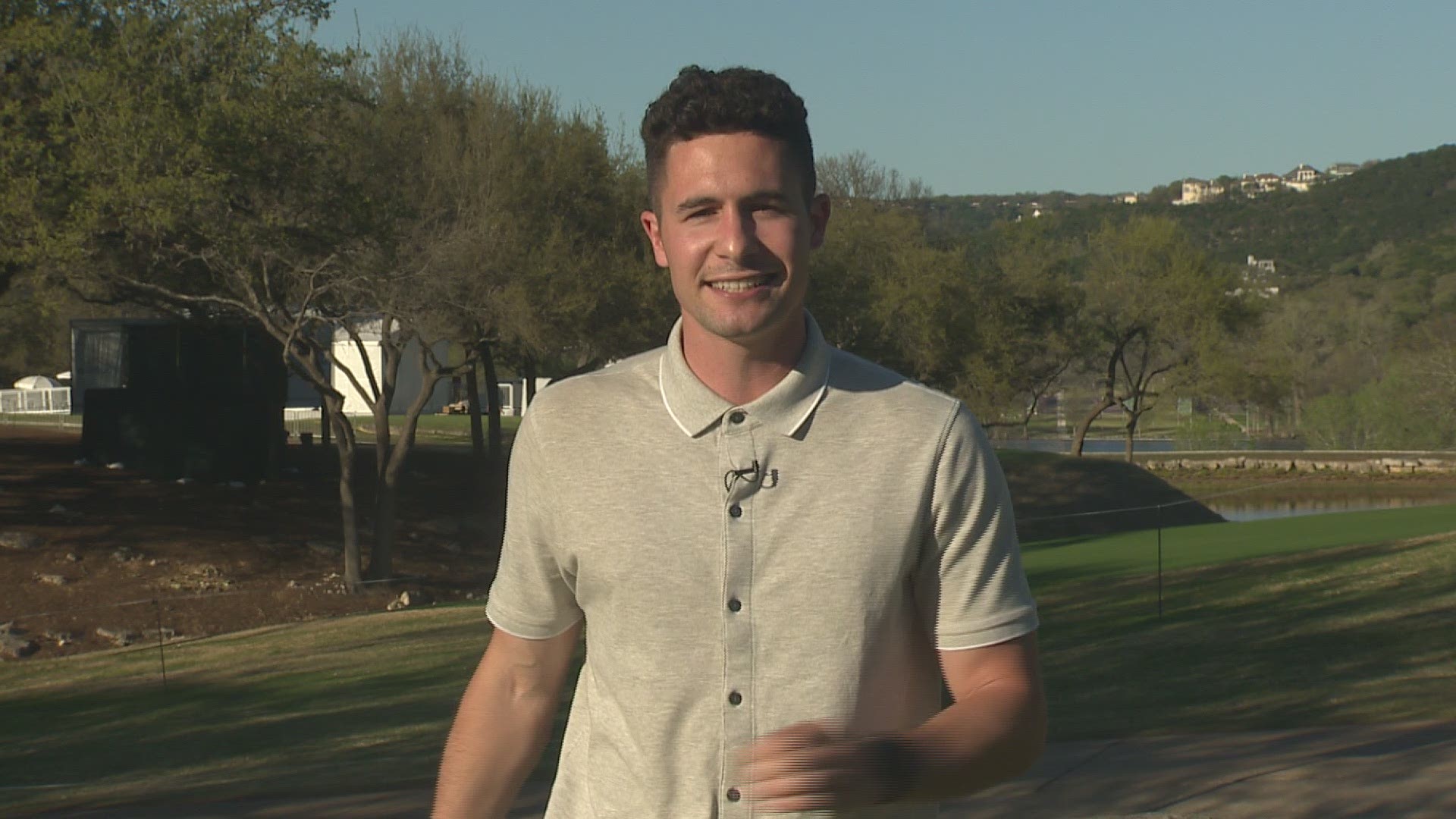 AUSTIN, Texas — Dylan Frittelli entered the 2021 WGC Dell Technologies Match Play Tournament as the worst-ranked golfer in the field of 64.

Yet after two matches, he's playing like one of the best.

The former Longhorn moved to 2-0 on Thursday, defeating Jason Kokrak 3 and 2, a day after routing Tony Finau 6 and 5.

“Probably the easiest putt you'll get from 30 feet," Frittelli said. "Just right to left, match the speed and the line anywhere from three to four cups of break, maybe five cups if you die it in. I’ve been leaving a lot of putts short so I just told myself into the grain, uphill, just give it a good hit. Don’t be a chicken and leave it a foot short and pray that he misses his putt. I’m glad to see it roll in the front edge.”

Frittelli, who is seed No. 64 and was only invited to the tournament because others in the top 64 aren't in attendance, is now closing in on a spot in the round of 16.

He'll advance out of group play with either a win or a draw, or a draw or a loss from Kokrak on Friday. A Frittelli loss and a Kokrak win would pit the two against each other once more in a stroke-play hole-by-hole playoff.

“I guess I’ve just proven that I can beat the guys that are in front of me," he said. "I feel like no matter who it is as my opposition, I can beat those guys. It doesn’t matter if you put number one in the world or number 63 in the world, I definitely back myself here on my home territory and somewhat of a home course.”