The shopping spree was a result of Griffin's partnership with Hill Country Pop Warner and Academy Sports + Outdoors. 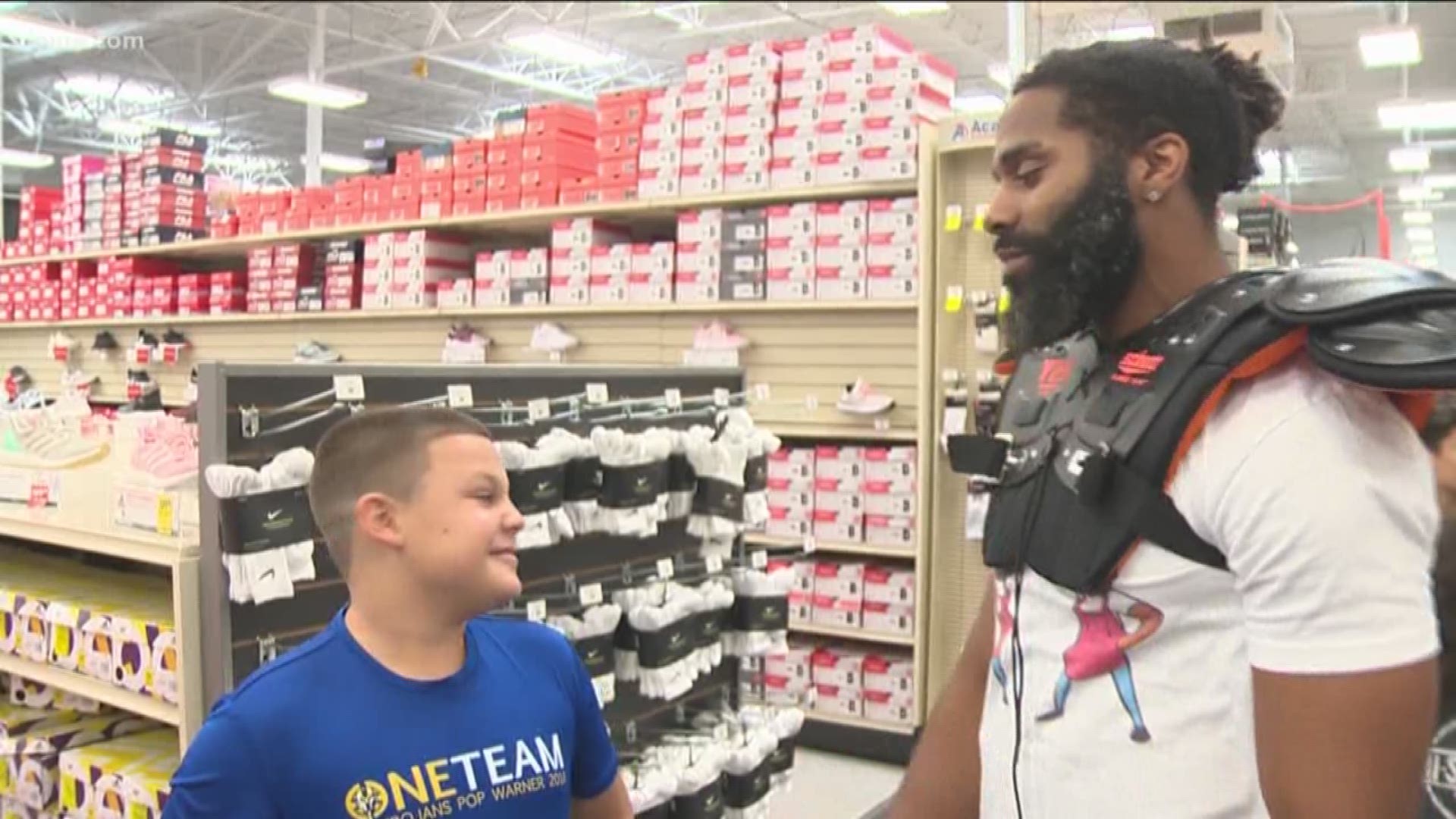 Each of the young athletes was given a $200 gift card that they could use to buy anything from new sports equipment to new school supplies.

Griffin walked around the store with the kids and helped them pick out the right equipment.

In addition to the shopping spree, each kid was able to ask Griffin a question.

Griffin answered questions about his favorite coaches, teams and even about his cupcake business in Bee Cave, Gigi's Cupcakes.

Griffin also told the kids about how he wanted to be a veterinarian growing up and how he was supposed to go to Texas A&M before becoming a Longhorn.