The former Alabama quarterback has something Baker Mayfield and Kyler Murray don't: a national title ring. 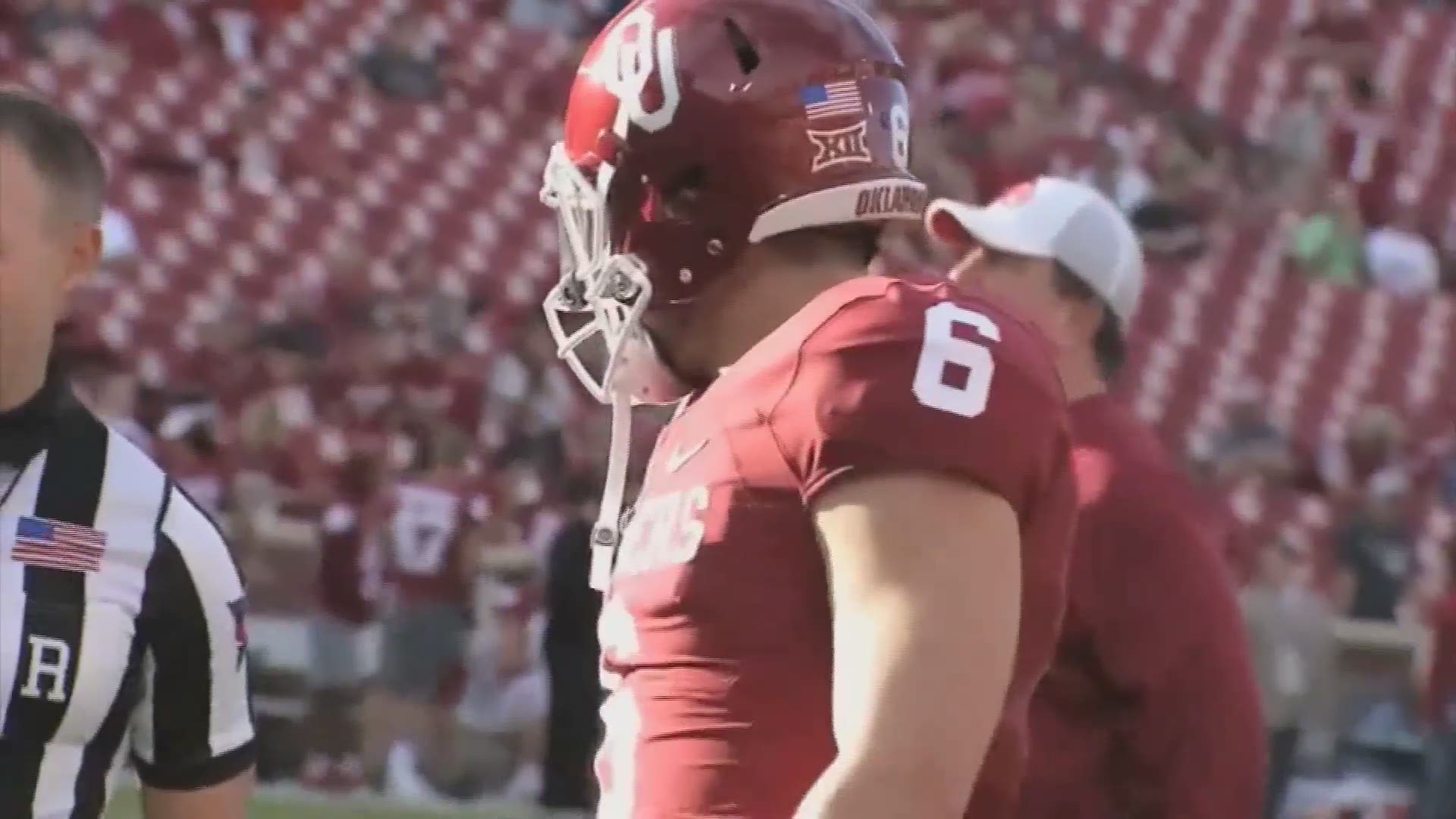 Just when you thought OU may have hit a lull in their recent run of elite-level, record-setting dual-threat quarterbacks, Lincoln Riley struck gold...again.

Hurts -- a Channelview, Texas native -- announced his decision on The Players Tribune, a digital platform for high-profile athletes.

A decision which created of ton of responses on Twitter, including a Red River Rivalry reaction.

Former Sooner defensive back Tony Jefferson, who plays for the Baltimore Ravens, attached Hurts announcement with the Tweet, "Ayyyyy."

Hurts was demoted behind Tua Tagovailoa during the national championship game of the 2017 season, after leading the Crimson Tide to 26 wins and a national title the prior season.

He will become the third consecutive quarterback to transfer into OU -- just like Mayfield and Murray.

The big question: Will Hurts experience the same success at OU as Mayfield and Murray?

Those two led the Sooners to 46 wins, four Big 12 Championships and both earned the highest honor in college football: the Heisman Trophy.

If Hurts has a season similar to Murray's in 2018, Oklahoma will achieve a first.

Regardless of what happens to Hurts in a Sooners uniform, he'll always have something both Mayfield and Murray don't.