Baylor is only remaining undefeated Texas team, moves up to No. 11 in AP Top 25

The Bears and the SMU Mustangs remain the only Texas teams in the poll for a second week in a row. 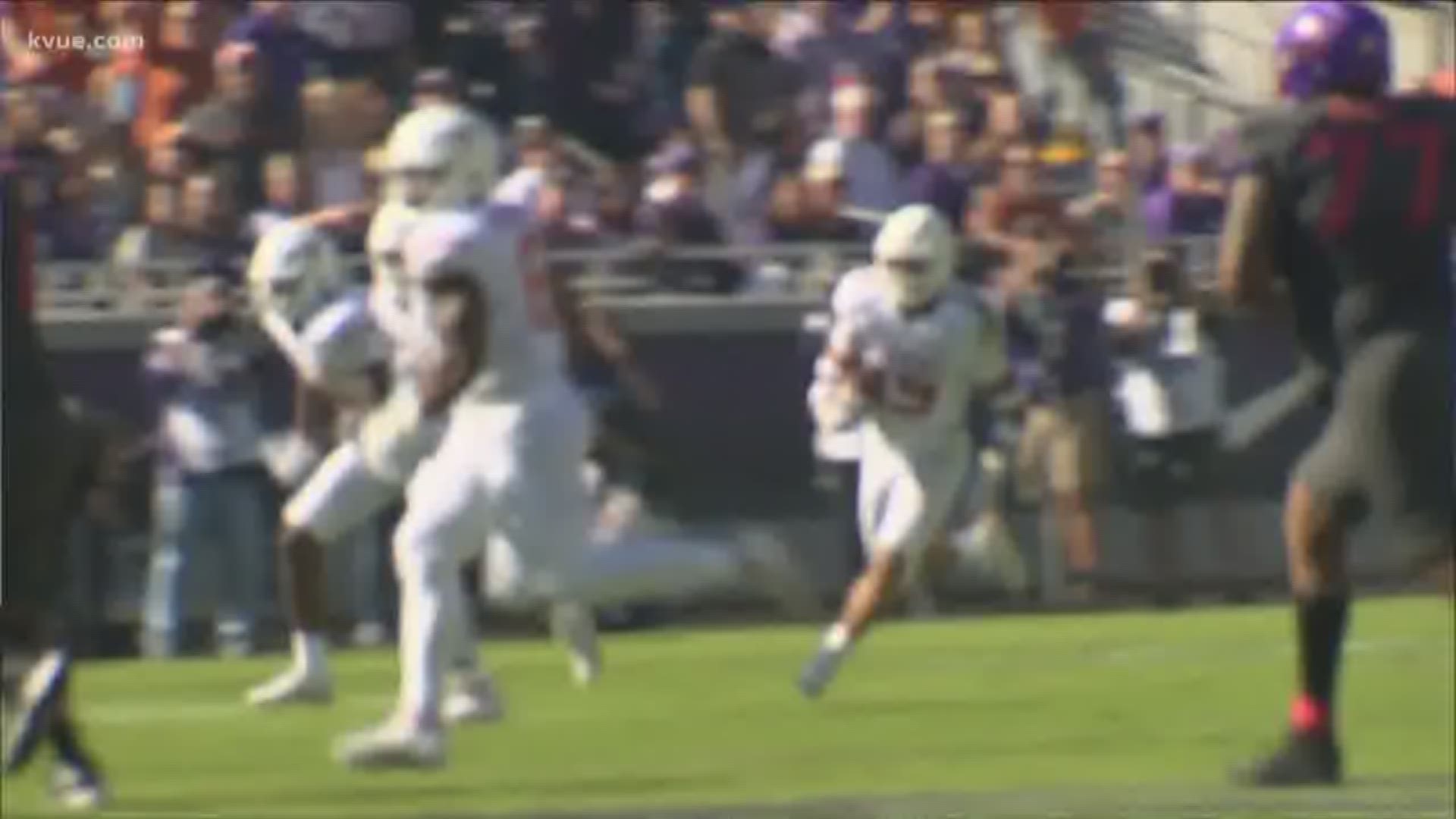 The Baylor Bears take the headline for Texas in this week's AP Top 25, as the only remaining undefeated team in the state.

The only other Texas team making an appearance in this week's poll is SMU – but they are down eight spots after a 48-54 loss to the Memphis Tigers in Tennessee on Saturday. It was the Mustangs' first loss of the season.

Elsewhere in the Big 12, Oklahoma moved up one spot from No. 10 to No. 9 after a bye week, keeping their title as the top-ranked Big 12 team.

RELATED: NCAA to allow athletes to profit from use of their name, likeness

And the Kansas State Wildcats moved up two spots to No. 20 after beating the Kansas Jayhawks, 38-10, at home on Saturday.

The Texas Longhorns, who have been out of the AP Top 25 since losing to TCU, were on a bye this weekend. Their next game is Saturday at 2:30 p.m. versus Kansas State at DKR-Texas Memorial Stadium.