'It's like a bad, bad, bad dream' | Family speaks about 11-year-old who died after collapsing at football event in Houston

The distraught parents of Josiah Miles said doctors are still unable to explain why blood vessels burst in their son’s brain, rendering him unconscious. 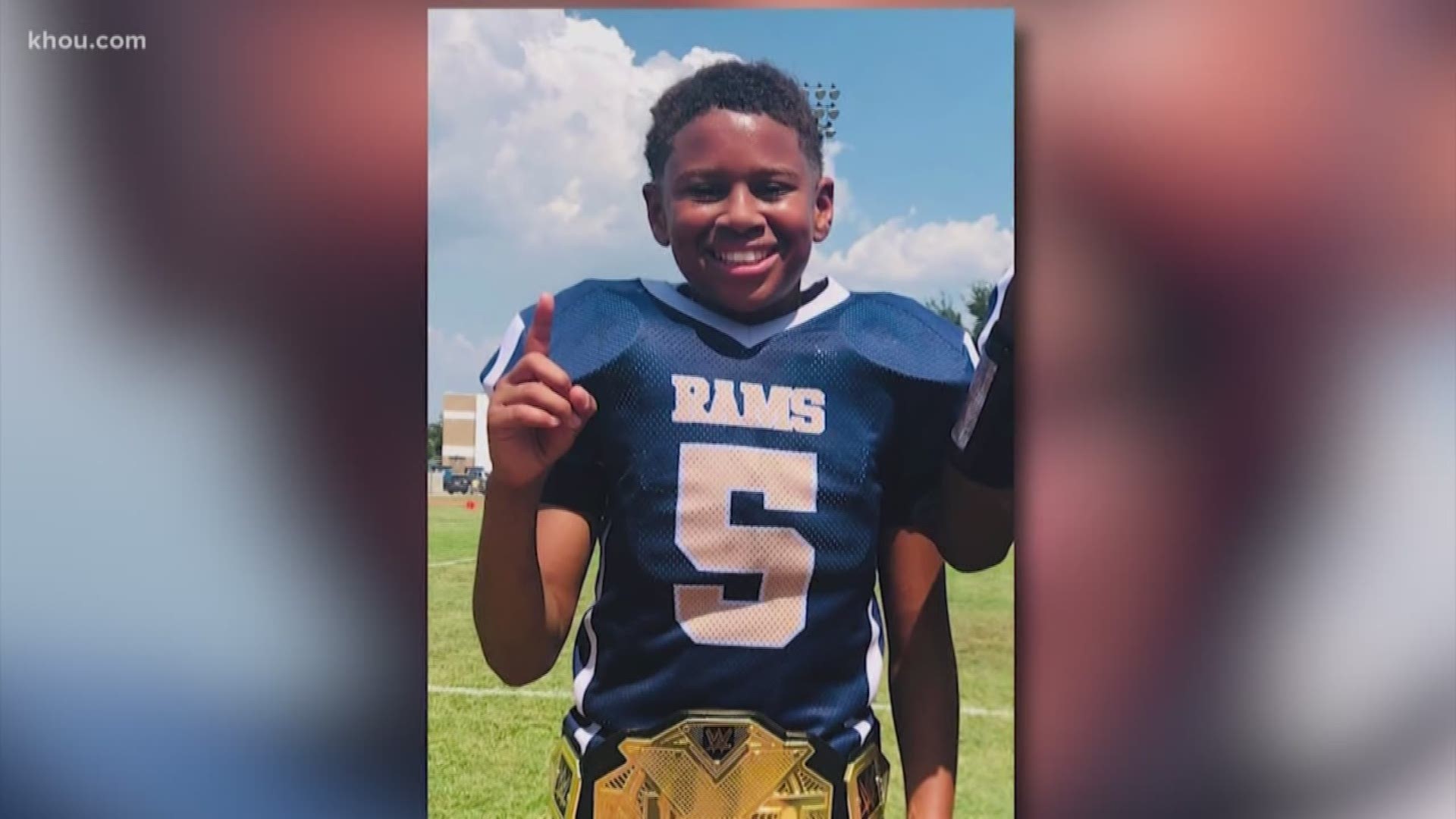 HOUSTON — The 11-year-old boy who collapsed Tuesday evening following football practice on the campus of Strack Intermediate School in Klein has died.

The distraught parents of Josiah Marcel Maximus Miles said doctors are still unable to explain why blood vessels burst in their son’s brain, rendering him unconscious and on life support.

Josiah’s parents describe him as the light of the Miles family, well mannered, funny, kind and thoughtful.

“He knew when I was having a bad day, and I was doing dishes or cooking, he’d push me to the side and say, ‘Mom, I have it,’” Monica Miles said. “And he would just do it. And I didn’t have to say anything. I didn’t even have to ask.”

The athletic 11-year-old played tight end and safety for his All American Youth Football team, the Rams.

Josiah's father said his son possessed a caring sensitivity for those he saw struggling.

Joshua Miles said Tuesday evening started off like any other typical weeknight.

“He had his favorite meal, spaghetti,” Joshua Miles said. “Me and him had just cooked it on Sunday and he was having the rest of it on that Tuesday. And then I took him to practice and everything was fine and normal at practice. Then all of a sudden, the coaches said, ‘Joshua, Joshua, hurry up and come over. It’s Josiah.’ And I’m just thinking that maybe he had the wind knocked out. Anyways, practice was actually over. He went into a seizure and he was in shock mode.”

Adults administered CPR on Josiah who was rushed to Texas Children’s Hospital-The Woodlands.

Josiah was transferred to Texas Children’s Hospital in the Medical Center.

“They were trying to compare it to more of an aneurysm,” Joshua Miles said. “But still they didn’t know the exact cause or anything because there wasn’t a bump or bruise. It was just ‘boom.’ They said they’d never actually dealt with something like this before. We were asking them what are the chances of him coming out of this. They said zero, because they’d never ever seen anything like this before.”

Klein ISD officials said the football event was not affiliated with the school district but was being held on school grounds. Joshua Miles said his son’s medical emergency was not preventable and had nothing to do with football.

“I don’t want anyone to this this was because of football or him getting hit or anything,” Joshua Miles said. “It was purely an act of God.”

The Miles family was forced to make a decision no parent should ever have to make as Josiah lay in the hospital on life support.

Monica Miles said her son was in a position to help others, as he had his entire life.

“I could not imagine giving another parent the grief that we have if we did not do this,” Monica Miles said. “We have donated his organs: his heart, his lungs, his kidneys, everything that they could use organ-wise, so he will live on in someone else. He will be able to save their son or daughter or family members. He will be able to live on, especially his wonderful heart.”

The Miles family said they are in the process of making Josiah’s funeral arrangements. Family members have created this GoFundMe page to help offset expenses.