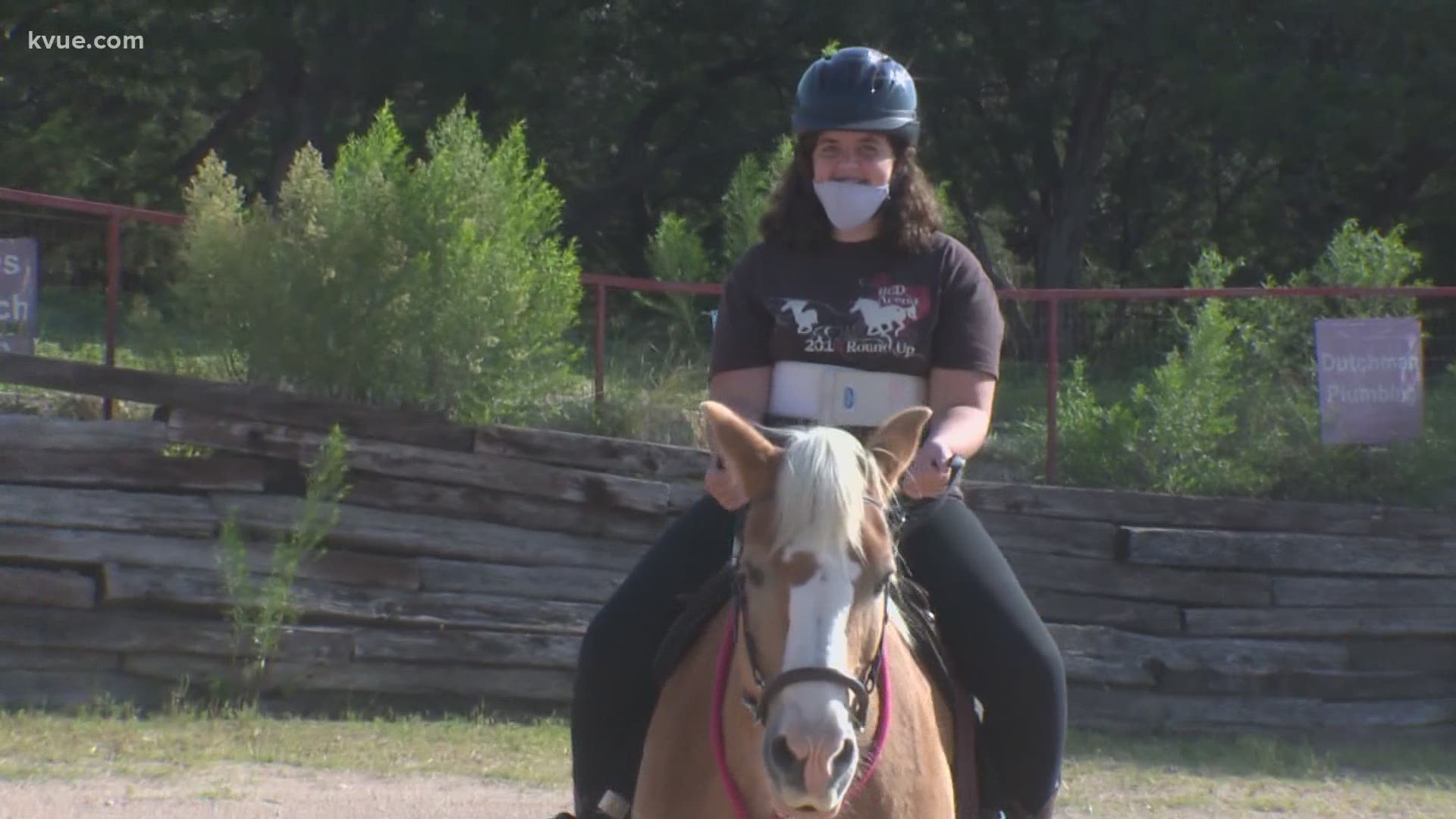 AUSTIN, Texas — When she was just two years old, doctors told Reagan Lowman's parents that she would never be able to walk. They advised the Lowman family to set different goals for their daughter, who suffered a stroke in utero.

As they chased other cognitive and verbal goals, the Lowmans never gave up on Reagan gaining the ability to walk. They are convinced one reason she eventually proved the doctors wrong is because of her time riding horses at a stable in Dripping Springs called Red Arena.

"Reagan, they said she would never walk and look at her – she's riding independently," said Kate, a Professional Association of Therapeutic Horsemanship-certified trainer. "Really, anything is possible, especially with the horses."

Reagan – who has been a part of the Special Olympics for almost her entire life – said as much as she loves the horses, her favorite aspects of this organization is the people.

"They're just funny and happy all the time," she said.

The support she has received from her coaches and family has inspired her to become a teacher one day – but that teaching career will likely have to wait until after her television career ends. Reagan is featured in two upcoming nationally broadcast shows, "The Doctors" and "The Animal Rescue Show."

Her advice to any other athlete with special needs who may enter tough times while juggling school, athletics and other passions – like acting – is simple.

'This is not a heartwarming story. It's a tragedy.' | Texas migrant sponsor speaks out on family separation