Reese announced he would retire on March 29 following his 15th national championship. This will be his 44th season at UT. 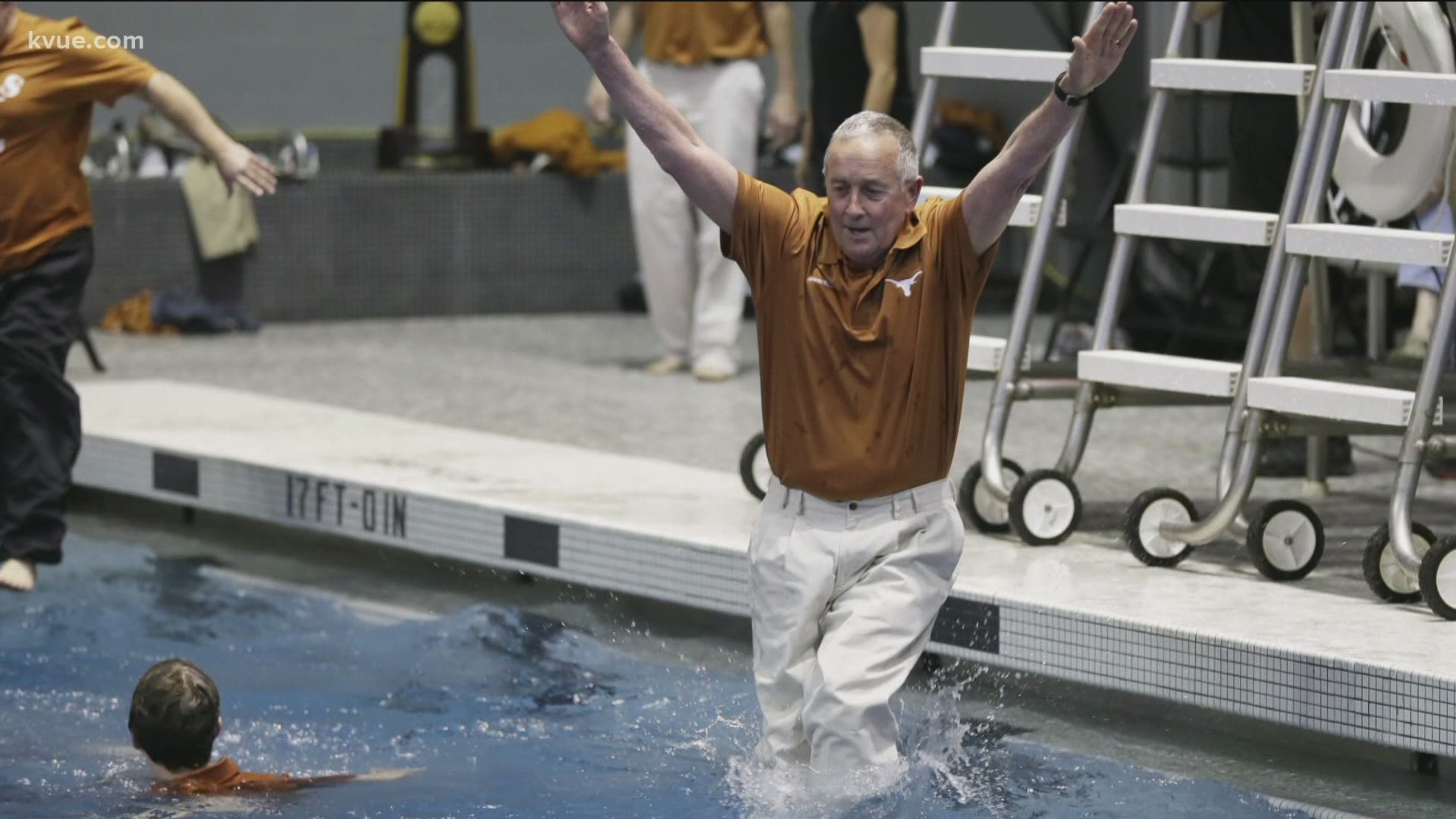 AUSTIN, Texas — In with the not-so-new: Eddie Reese is unretiring and will return to the University of Texas at Austin as head coach of the Men’s Swimming and Diving program.

According to a tweet conversation between Texas Athletic Director Chris Del Conte and President Jay Hartzell, plus a report from KVUE’s media partners at the Austin American Statesman, Reese reached an agreement Thursday with Del Conte about not stepping down.

"We’ve accepted Eddie’s unretirement,” Del Conte told the Statesman. "We are pleased that he’s back. He’s the heart and soul of our athletic program. We’re not going to get into the why or where. We’ll save that for another day, but this is awesome."

Yes sir! At your request Eddie has rescinded is paper work and is on deck with @TexasMSD as we speak.. Good work my friend 🌍🤘🏽 https://t.co/AGY5jMrCsK

Reese announced he would retire on March 29 following his 15th national championship. He planned to stay with the program as a coach emeritus.

"Any day you can hire, retain or rehire somebody who's arguably the greatest coach of all time is a great day," Hartzell told the Statesman. "We are thrilled that Coach Reese has agreed to return, and we look forward to seeing him add to his incomparable legacy."

In his 43 seasons with UT, Reese’s teams finished first runner-up 21 times, third-place six times and won 42 straight conference titles. According to UT, he is the only swimming coach in NCAA history to win team titles in five separate decades.

"There's more that I want to do for this current team. We have a great group of guys in our program. They have a great future in the sport, and I want to help them see how good they can be," Reese said.

Reese’s retirement was set to take effect following the 2021 Summer Olympics in Tokyo.

Check out our coverage of Reese's original retirement announcement below: