"I couldn't think of two better buys to portray our school as well as they do." 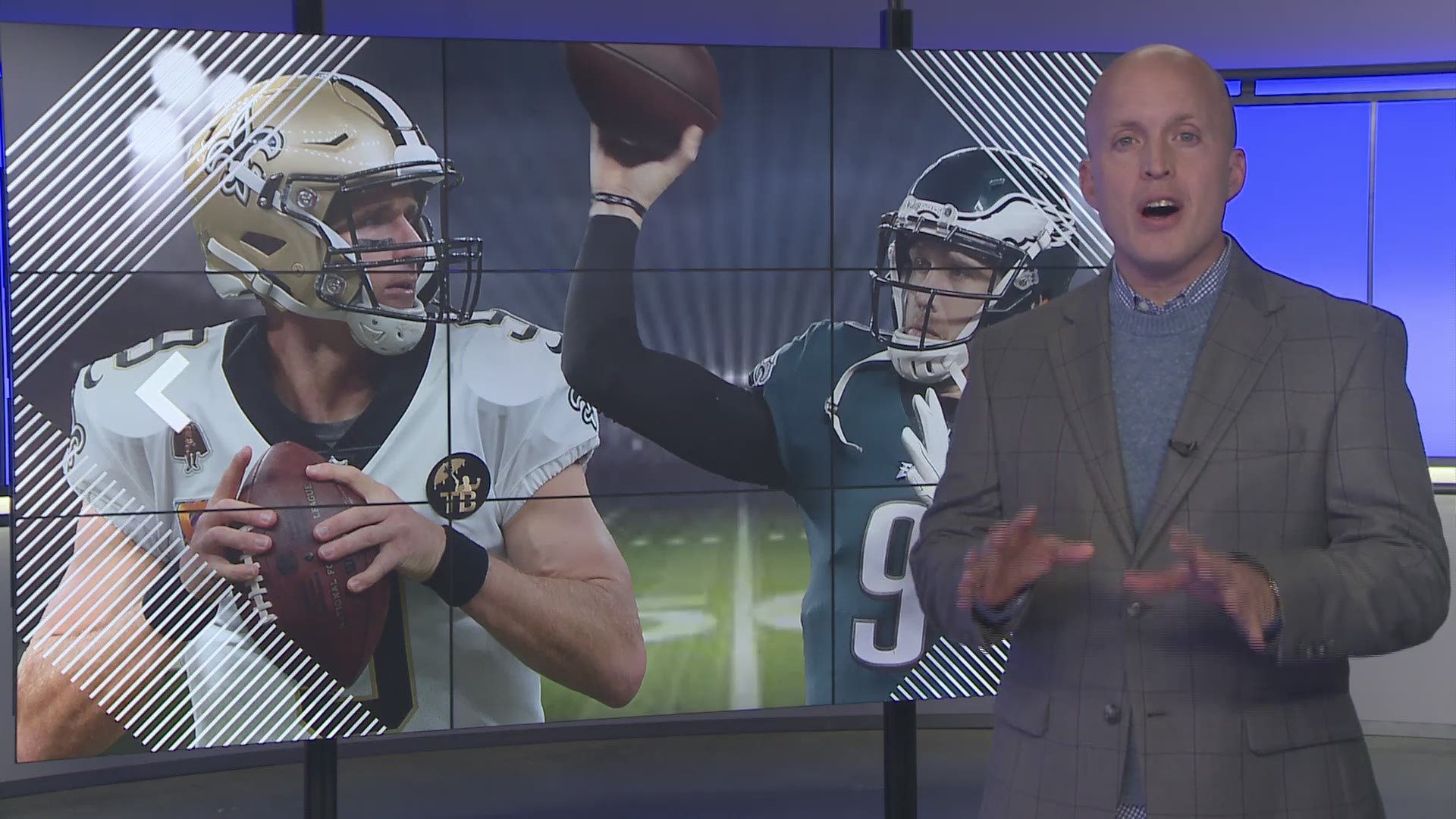 But none is bigger than the influence both of the Super Bowl Most Valuable Player award winners have have had on the quarterbacks that have followed them at Westlake High.

"I had to been somewhere around 9 or 10-years-old when he won his first Super Bowl and got the MVP," Westlake QB Taylor Anderson said.

The success of those two former Chaparrals at the highest level inspires current Chaps.

"It kind-of gives you the realization that can be you someday," Westlake QB Kirkland Michaux said.

Brees set an expectation in 1996 by leading Westlake to a state championship. Now, over 20 years later, he's a Hall of Fame hopeful who will be celebrating his fortieth birthday two days after facing Foles in New Orleans in an NFC Divisional Playoff game between the Saints and Eagles.

"I was actually the ball boy when Drew Brees won the state championship," Schroeder said.

Schroeder, the son of longtime former Westlake head coach Ron Schroeder, led Westlake past Vince Young and Houston Madison in the state semifinals in 2001 before playing receiver at Texas A&M.

He's another chapter of the storied Westlake quarterback legacy.

"There was a run on just about every quarterback going to play college or going on to do something special," Schroeder said.

Schroeder was part of the bridge of quarterbacks during the 10-year gap between Brees and Foles.

"I couldn't think of two better guys that portray the school as well they do. It's hard not to root for them," Schroeder said.

Which leads to the question: Is it possible for any Westlake Chaparral to pick a side during Sunday's playoff game? Can they choose between Brees and Foles?

"Whoever wins, that's who I want to win the Super Bowl," Anderson said.

Foles and Brees will make history Sunday during their playoff game in NOLA. They will become the first Super Bowl MVP quarterbacks from the same high school to face off in a playoff game.