The president tweeted that the decision to disqualify Maximum Security from the 'Kentuky Derby' could only be made 'in these days of political correctness.' 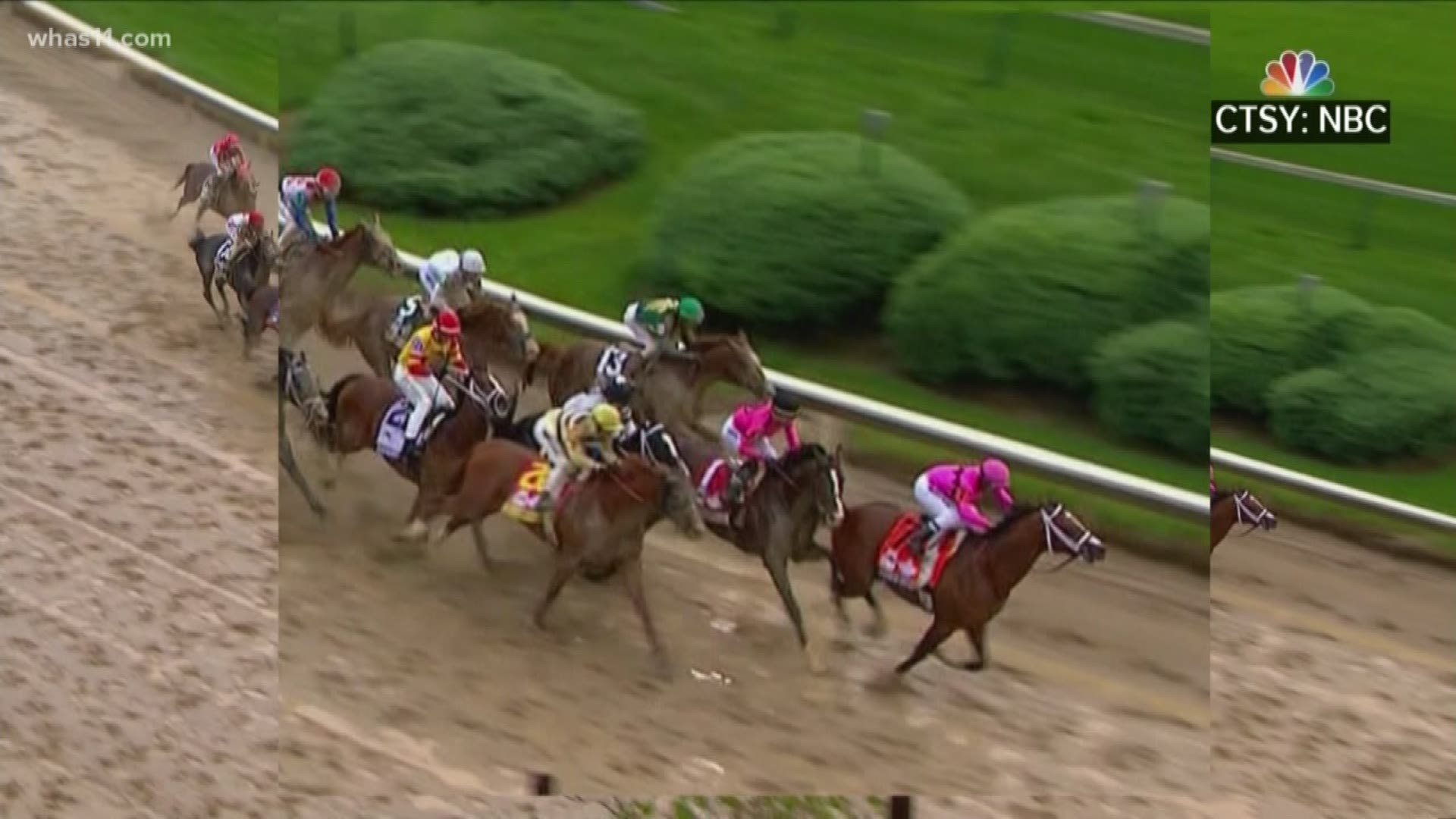 LOUISVILLE, Ky. — The President of the United States has weighed in on the controversial decision to disqualify Maximum Security, the horse that crossed the finish line first, from the Kentucky Derby and name second-place finisher Country House the winner.

President Donald Trump tweeted Sunday that while the race was beautiful, the best horse did not win the Kentucky Derby. Trump did misspell Kentucky in the first sentence.

"The Kentuky (sic) Derby decision was not a good one. It was a rough and tumble race on a wet and sloppy track, actually, a beautiful thing to watch," Trump tweeted. "Only in these days of political correctness could such an overturn occur. The best horse did NOT win the Kentucky Derby - not even close!"

In his tweet, Trump said the stewards at Churchill Downs did not make the correct call, saying their decision to disqualify Maximum Security for interference could only be made "in these days of political correctness."

Several fans agreed that the call was not correct, with social media users making jokes about Maximum Security winning the popular vote while Country House won the electoral college — a reference to presidential elections including Trump's win in 2016.

Maximum Security's trainer and owner both said they were looking into appealing the horse's disqualification, Sports Illustrated first reported.