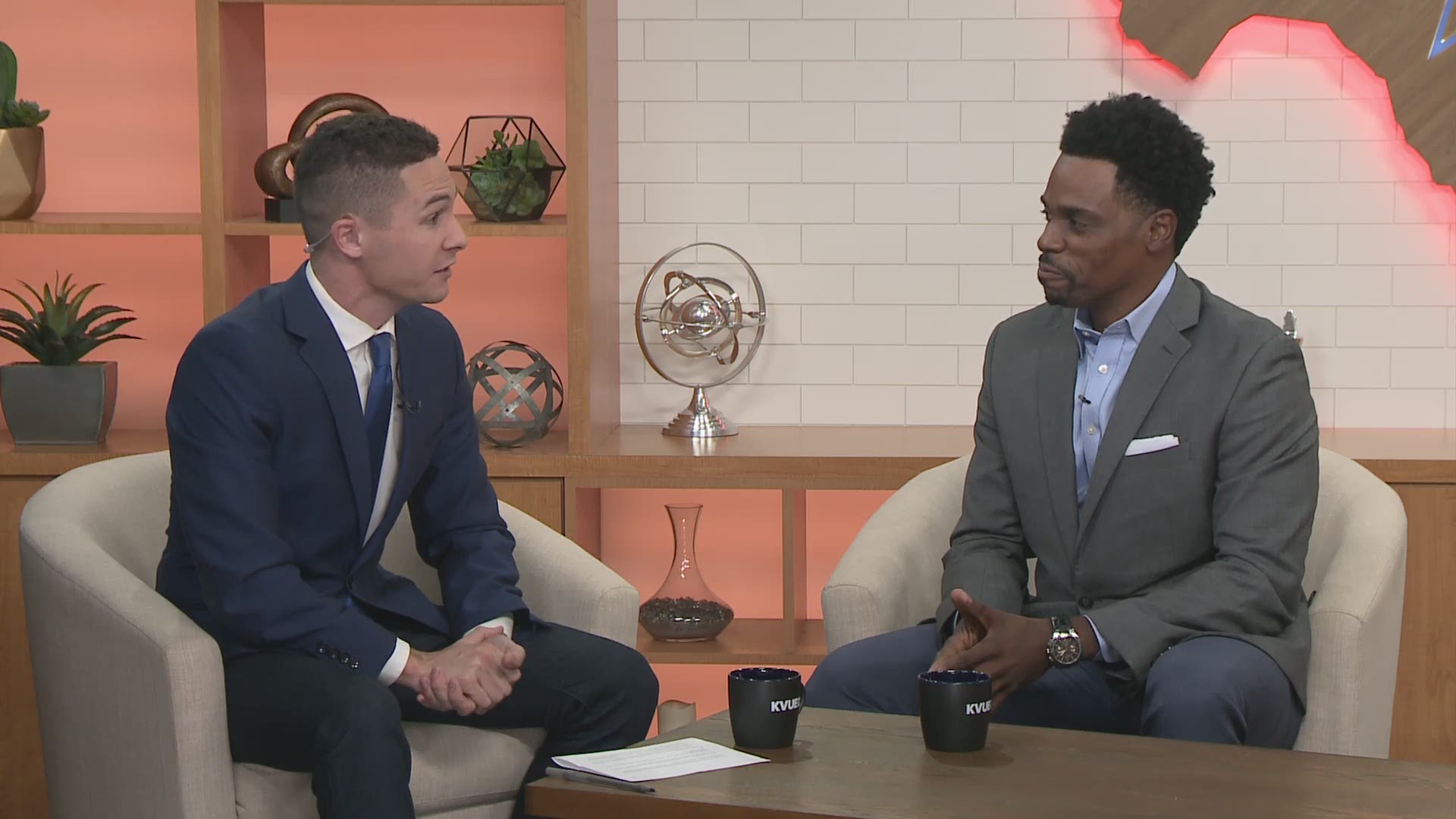 AUSTIN, Texas — The future of the NCAA and its amateurism model is in question and Daron Roberts, the founding director of the Center for Sports Leadership and Innovation at the University of Texas, joined KVUE’s Jake Garcia in studio to discuss California’s Fair Pay to Play Act.

Below is the Q&A from the interview:

Q: Once this bill becomes law in 2023 and student-athletes can profit off their name, image and likeness, what are the implications?

A: This was a bold move by the state of California … If this is the law in California in 2023, a collegiate athlete in that state will be able to sign a sponsorship deal, run a camp or a clinic in his or her hometown and recoup all of the profit from those activities. Under the current rules of the NCAA, they would become immediately ineligible to participate. This was quite the move Governor Newsom and the California legislature.

Q: It’s unprecedented. We’ve never seen anything like this, and the fact that it’s so narrow, so specific and so hyper-focused on what it wants to accomplish. This isn’t athletic departments paying their student athletes, it’s name, image and likeness from third parties and because of that, you think it has a chance to gain some momentum in potentially other states as well.

A: I’m glad you mentioned that point. This is not a bill that will mandate that colleges pay athletes. All that it does is it allows the option for an athlete to now sign these contracts with local sponsors, local companies, whatever business enterprise may think that they can get value from being represented by the student athlete. The bill allows student-athletes to retain legal counsel or an agent … It’ll be a lot more open and transparent than the system we have now.

A: I’ll be honest with you, I don’t think that the makeup of our legislature … I can’t see us making that move, unless you start to see a movement across the country. North Carolina, South Carolina, the state of Washington, Maryland, all of those state legislatures have either introduced bills or are about to introduce bills to effectively do what California has done. If there’s enough momentum in 2021, there could be a chance you see something like this in Texas.

Q: Texas quarterback Sam Ehlinger has been very vocal in the past about his stance on this issue, he comes down in favor of student-athletes being able to profit in some way ... There will be people who say “Well of course he’s in favor of this because he’s the big name at Texas, he’s going to be the one that benefits, but there are ways for other student-athletes to benefit as well, whether it be a men’s or women’s soccer player, a volleyball star or reserve. Take us through some of the ways that they might be able to carve out a profit in this area.

A: I think what’s really interesting is this camp-clinic model. Right now, if you take a player that’s on the volleyball team, the swim team and he or she goes back to his or her hometown and wants to open up a camp in their name … now under this law, I could recoup all of the profits that I would generate from that camp. Under the current system, as soon as one dollar exchanged hands, I would become immediately ineligible. What we’re really talking about is, not that the university will pay players or that somehow universities will miss sponsorships from Fortune 100 companies. This is providing small avenues, small avenues for student athletes to recoup some of the value that they already create for the university.

Q: Let’s remember there are many ways to earn a profit from a third party. You can have a creative strategy on social media, pose with a product, get a profit like that. Maybe you have a musical talent … is there any way that the NCAA, or the conferences or the athletic departments can now step in and prevent it from being enforced?

A: Well this is the problem, you have state law at play now. If the courts have to decide between an NCAA regulation and a state law. More than likely the state law will win. I think what we’re going to see is the NCAA will have some response. Within this month, a 22-person committee will reveal its findings. Here’s the issue though, I’m not sure how you can go only part of the way on this one. The bill was very tightly worded in California. It’s going to be interesting to see just how far the NCAA is willing to go in its response.

Q: It’s a bill that right now aims to help a few, potentially more and hurt no one. So why is the NCAA fearful that this actually gains some momentum in other states? Is it just because it’s progress and progress leads to more attacks on their amateurism model?

A: I think the NCAA fears that this bill starts to reveal what we already know, which is, college athletics looks more like professional sports than it does amateurism. The two flagship universities in the state of Texas, the University of Texas generated $219 million in revenue. Texas A&M generated $212 million. For all intents and purposes, we’re looking at minor league professional programs on the university level. The NCAA understands if this law continues to go into effect in 2023, it starts to peel back the layer of this myth of amateurism that the NCAA has been promoting.

The 'King of Confetti,' Comic Rip Taylor dies at 84