Dallas dominated the line of scrimmage and took advantage of Texans mistakes en route to a 34-0 win. 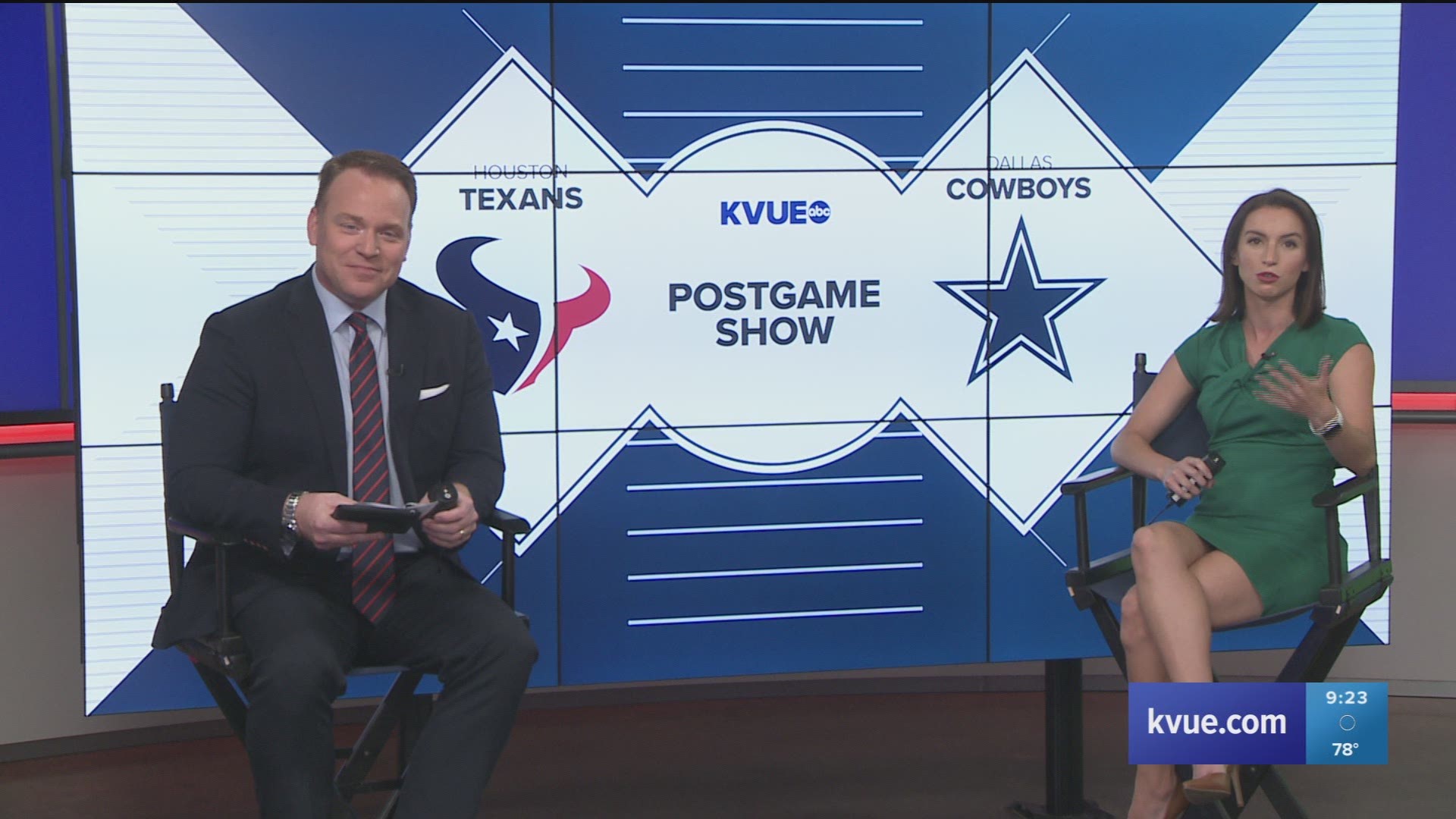 The Cowboys dominated early on the defensive and offensive fronts, made plays on all sides of the ball, and secured a quick lead the Texans could not find an answer for.

Offensive issues stacked up for the Houston Texans, starting from their opening drive.

DeShaun Watson was sacked twice on the Texans' first drive, and head coach Bill O'Brien pulled the third-year quarterback after the second sack, which resulted in a lost fumble. Watson did not attempt a single pass in the game.

To make matters worse for Houston, starting running back Lamar Miller was also injured on the second play of the game, where he appeared to injure his left leg.

Miller ran to the right side of the line and Cowboys defensive lineman Maliek Collins attempted to tackle Miller low in the leg area, and Collins made contact with Miller's left knee when his leg was planted. ESPN's Adam Schefter reported via Twitter in the fourth quarter of the game that the Texans fear Miller tore his ACL.

After Dallas recovered the fumble, the Cowboys turned a short field into quick points. Cowboys quarterback Dak Prescott found Michael Gallup on a 12-yard touchdown to give Dallas a 7-0 lead.

Dak Prescott was pulled after the scoring drive to rest for the remainder of the game.

JJ Watt on Whataburger sale: Let's buy it back!

On the ensuing drive, Dallas found pay dirt again, but this time on special teams with a blocked punt return for a touchdown by linebacker Joe Thomas.

Dallas continued its first-half dominance with a 36-yard field goal by Cowboys kicker Brett Maher and with another touchdown on a short field. Eight-year veteran Alfred Morris capped off the drive with a one-yard touchdown run.

After scoring 27 unanswered points in the first half, Dallas scored one more touchdown in the game. Third-string quarterback Mike White connected with Jordan Chunn for 12 yards on a play-action pass to give the Cowboys a 34-0 lead.

Houston was plagued by turnovers all game. In addition to the blocked punt, the Texans committed four turnovers, including two interceptions thrown by Joe Webb.

Dallas backup quarterback Cooper Rush led all passers in the game with 185 yards on 16-for-26 passing. Cowboys wide receiver Devin Smith led all receivers with six catches for 79 yards. The former Ohio State Buckeye has been making his case to make the 53-man roster.

Dallas finishes its preseason with a matchup against the Tampa Bay Buccaneers on Thursday, Aug. 29. Houston plays its fourth and final preseason game against the Los Angeles Rams also on Thursday.