Dale's Extra Point: Heroes on the Water event was one of the best nights I've had

On Saturday, Dale Hansen sat down with four of the greatest in Dallas sports history for an event that benefitted military veterans. 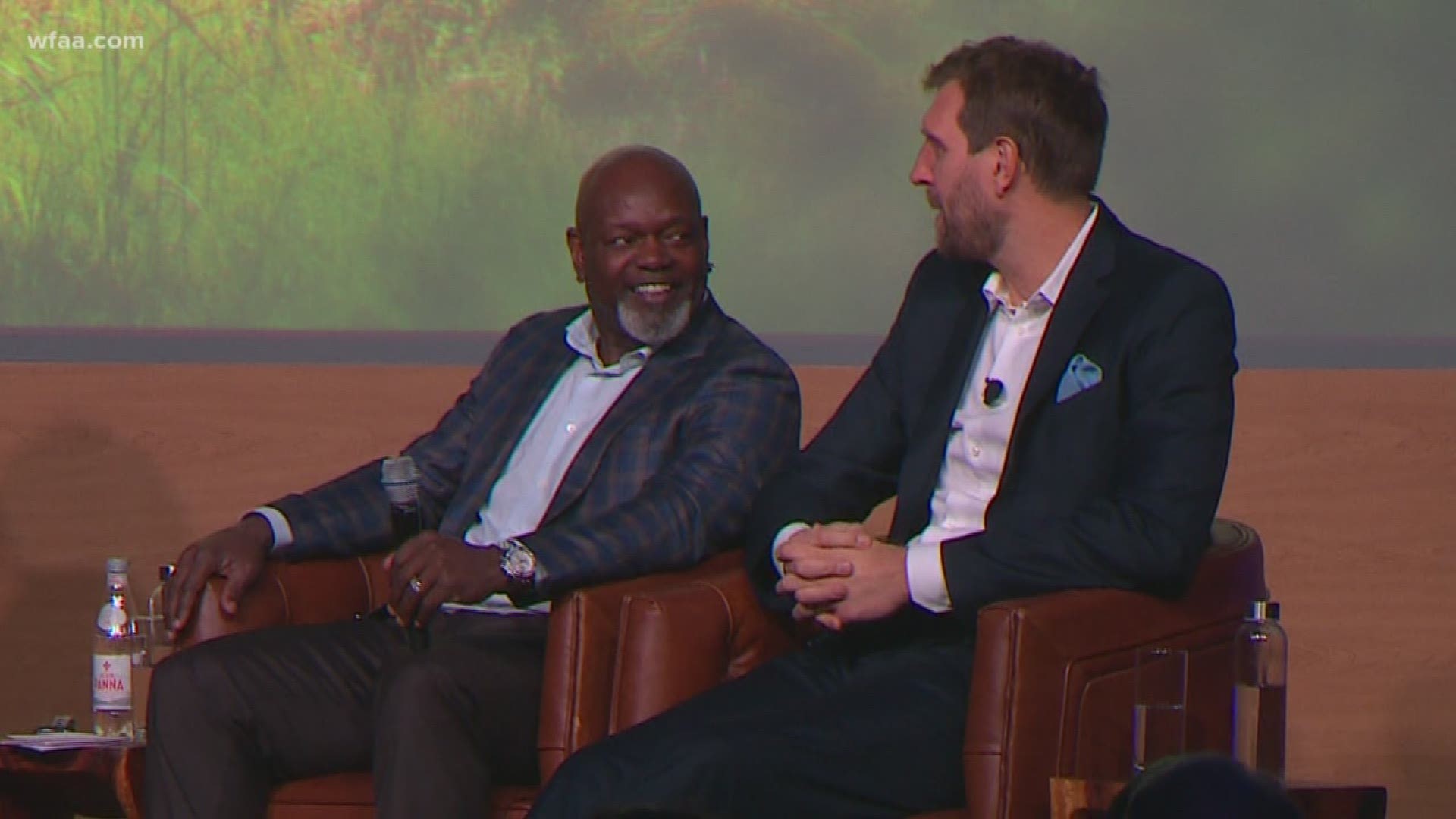 DALLAS — I've been in this business for almost 50 years. I've been almost everywhere I care to go, met almost everybody I care to meet, been involved in so many incredible events I've lost track.

But Saturday night at the Omni might be the best night I've ever had.

We had the Mount Rushmore of Dallas sports: for Cowboys Roger Staubach, Troy Aikman, and Emmitt Smith, and former Maverick Dirk Nowitzki, sharing their stories to raise money for Heroes on the Water, an organization that helps our military veterans.

If it was a debate, Emmitt Smith ran away with another title. He was incredible, but then all four of them were.

Some of you didn't like our choices, saying former Stars center Mike Modano should have been there. Now Modano's one of my all-time favorite guys....but it's hockey.

And a lot of support for former Rangers Pitcher Nolan Ryan, but he's with the Astros now, and I figured if we had him people would start banging on trash cans to tell him what questions were coming. And it wouldn't be fair to the other guys.

Check out Heroes on the Water; it's an organization you should help.

You can watch Dale's full conversation with Staubach, Aikman, Smith and Nowitzki on the WFAA YouTube account or here: