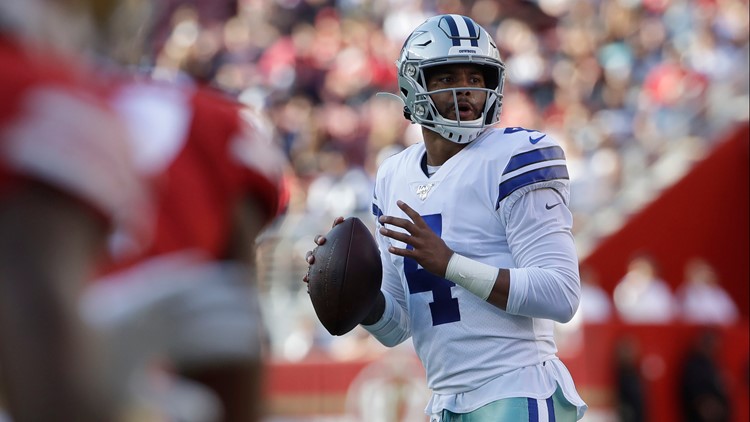 SANTA CLARA, Calif. — As the sun set in the west, the Dallas Cowboys set sail on the 2019 season.

Under the stadium lights of Levi's Stadium, the San Francisco 49ers fended off the visiting Cowboys, 17-9, as Dallas lost its fourth straight preseason opener.

Rookie running back Tony Pollard made his NFL debut. The fourth-round pick from Memphis had four carries for 16 yards, as he continues to fill in as the #1 running back with Ezekiel Elliott holding out for a new contract. 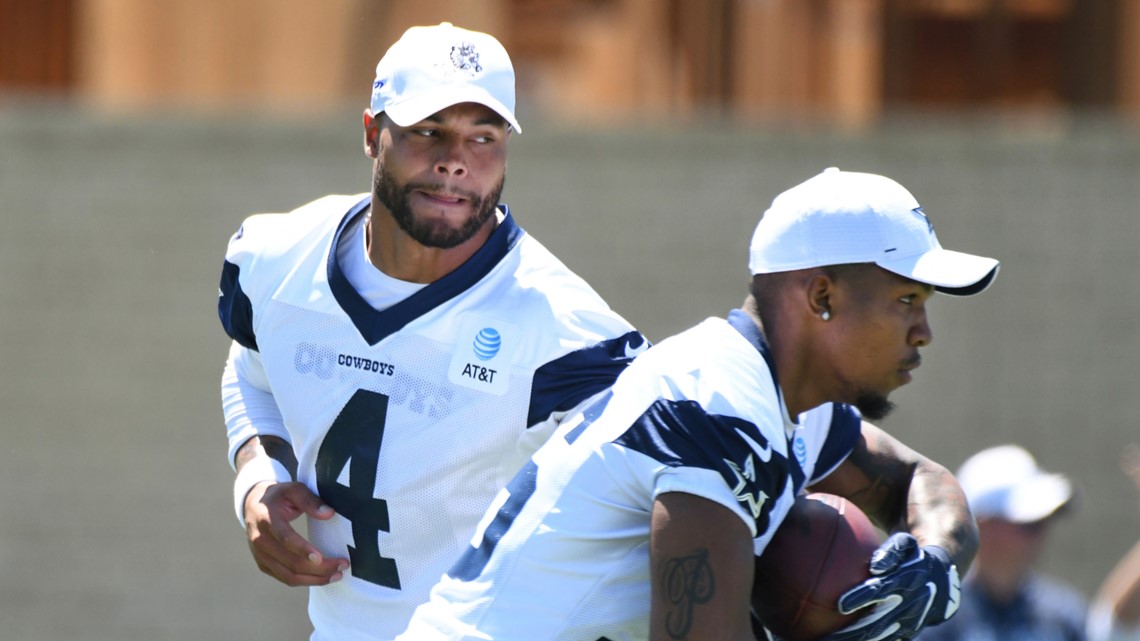 Ezekiel Elliott's absence gives other Cowboys RBs a chance
DALLAS - In the NFL, there are talented players at each position. Sometimes, the opportunity to prove the worth of that talent is extremely limited due to the reps starters and players in the higher realms of the depth chart take.

Cowboys center Travis Frederick started as well -- his first game action in almost a year. Frederick missed the 2018 season, after he was diagnosed with Guillain-Barré syndrome last August.

While Prescott and the "starters" moved the ball, they fell victim to the red zone.

On Saturday night, the Cowboys made four trips to the red zone. They scored zero touchdowns.

That's tolerable if the kicker is automatic, but Brett Maher has looked shaky in training camp and he missed a 35-yard field goal against the 49ers.

Defensively, Dallas picked up where it left off in 2018. The "starters" held San Francisco to 34 yards on their first 10 plays, despite missing injured defensive ends DeMarcus Lawrence and Tyrone Crawford.

Undrafted rookie linebacker Luke Gifford continued his impressive summer. After turning heads at training camp, he came up with an interception Saturday night.

But, football can be so cruel. Minutes after the interception (which may have solidified a spot on the roster), Gifford went down with an ankle injury and had to be carted off.

After the game, Garrett did not have an update on the severity of the injury.

The Cowboys have returned to Oxnard, Cali. as they rest-up for the final four days of training camp, which ends on Thursday.

The preseason continues next Saturday in Hawaii when the Cowboys face the Los Angeles Rams -- the team that eliminated Dallas from the playoffs seven months ago.