The owners of the Major League Soccer team Columbus Crew SC are considering building a new stadium in downtown Columbus or moving the team to Austin. 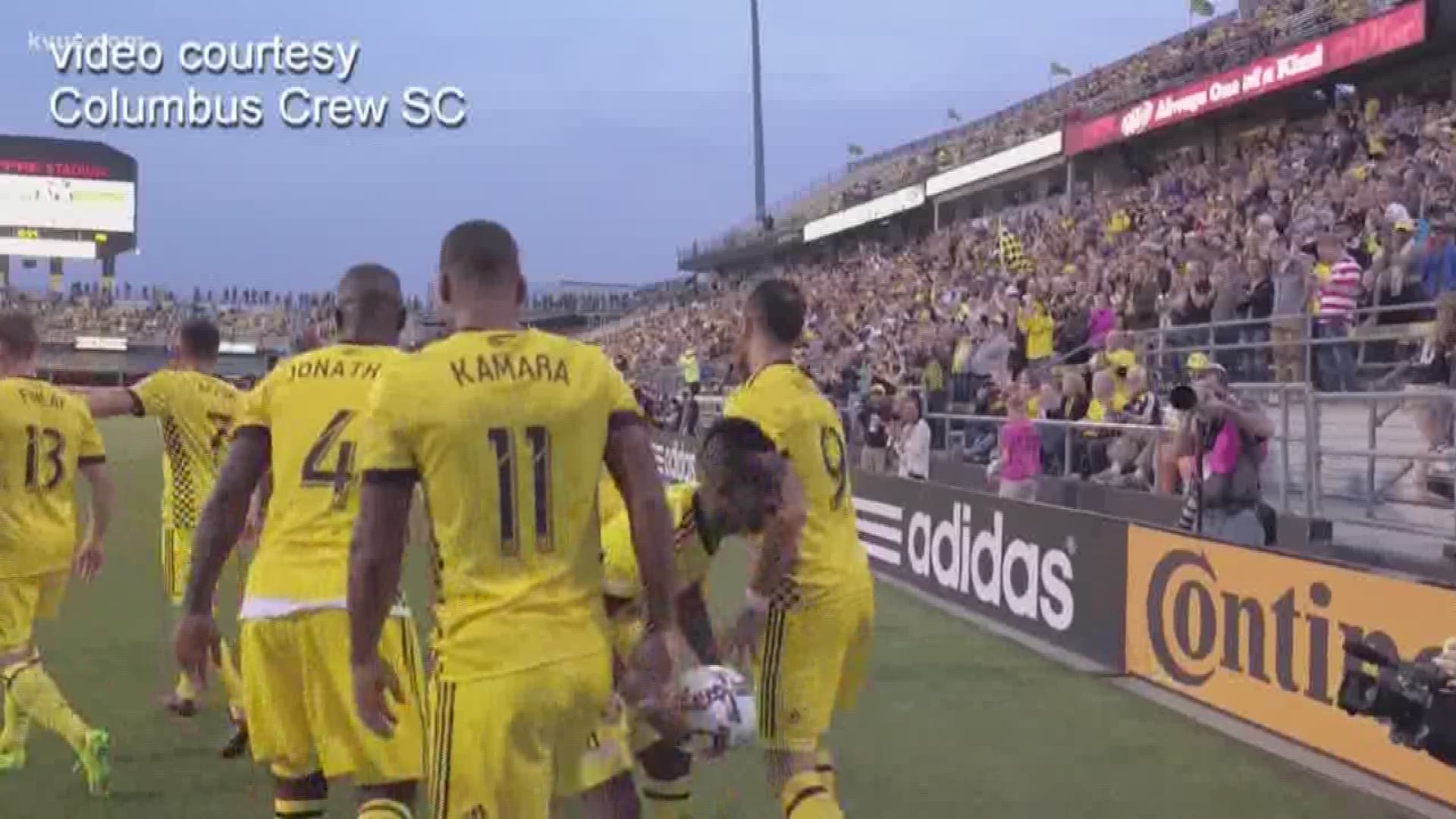 The owners of the Major League Soccer (MLS) team in Columbus, Ohio, announced Tuesday they are considering relocating to Austin.

"Our business is struggling to keep pace with the rising standards of Major League Soccer," said Anthony Precourt, CEO of Precourt Sports Ventures, LLC which has owned the team for the last four and a half years.

The Columbus Crew SC is the oldest team in the MLS and plays at Mapfre Stadium, the first soccer-specific stadium built in the United States. The stadium was built in 1999 and is said to have visible wear and tear.

Precourt wants to build a new stadium in downtown Columbus but said the possibilities look bleak.

"Any conversations we have had in Columbus with potential investors centered around a new privately funded stadium in the downtown area," he said. "No investor in Columbus presented a serious offer to invest in the club while the team plays at Mapfre Stadium. Not for 100-percent, not for 50-percent, not for any percentage."

In addition to wanting a new stadium, Precourt said game attendance is down and the team needs a larger season ticket holder base, plus more corporate sponsors.

That's where Austin comes in.

"Austin is the largest metropolitan area in North America without a major league sports team. It has a growing national and international presence. It has a strong multi-cultural foundation. It's millennial. It has a robust economy," he added.

“Exciting news because Major League Soccer would be a huge success in Austin, and the Crew would find tons of fan support. There is a lot of benefit that being in Austin would give a team, too, though not public funding of a stadium.”

During a call with reporters, Precourt emphasized he's not looking for taxpayer money to build a stadium.

Since news of a possible news broke, speculations have been swirling. Some believe the move to Austin could happen in 2019. Precourt said he doesn't have a timeline. It's worth noting that in an open letter to ticket holders, Precourt wrote the team will be in Columbus for the 2018 season but doesn't mention any dates after that.

Another claim was the team could play at UT Austin's Myers Stadium while their stadium is being built. Myers Stadium is next to Darrell K Royal-Texas Memorial Stadium. Upon hearing reports that the Columbus Crew SC could come to Austin, UT Men’s Athletics Director Mike Perrin told KVUE News "We are aware of MLS interest in Austin and have no opposition to exploring possible collaborative opportunities."

However, Precourt said it is premature to discuss such a contract with UT.

Precourt also said he doesn't know where in Austin the team could build a stadium.

Sports Illustrated's Grant Wahl was the first to report the team's interest on Monday.

Even if the Columbus Crew SC doesn't pack their bags for the lone star state, Austin is still expected to have at least one professional soccer team.

In August, the United Soccer League announced plans to return to Austin with a 5,000 seat stadium at the Circuit of the Americas.

The USL, which is similar to a minor league, has a bumpy history in Austin. The league brought a team, the Aztex, to the city in 2008, but a few years later the team left. The Aztex reformed in 2012, but when House Park flooded in the 2015 Memorial Day flood, the USL allowed the team to sit a few seasons out.

League officials said in a statement they still plan to come to Austin, despite the announcement about the Columbus Crew SC:

It would be premature for us to comment on today’s news out of Columbus, but we continue to work closely with Bobby Epstein and his team in Austin to bring the excitement of the USL back to the capital of Texas. Professional soccer has a long history in the city, and the planned relaunch of the club in its own soccer-specific stadium at Circuit of The Americas for the 2019 season would provide an exciting opportunity for the league and fans in Austin backed by a strong local ownership group.