King says entering the transfer portal is what's best for him, and his family. 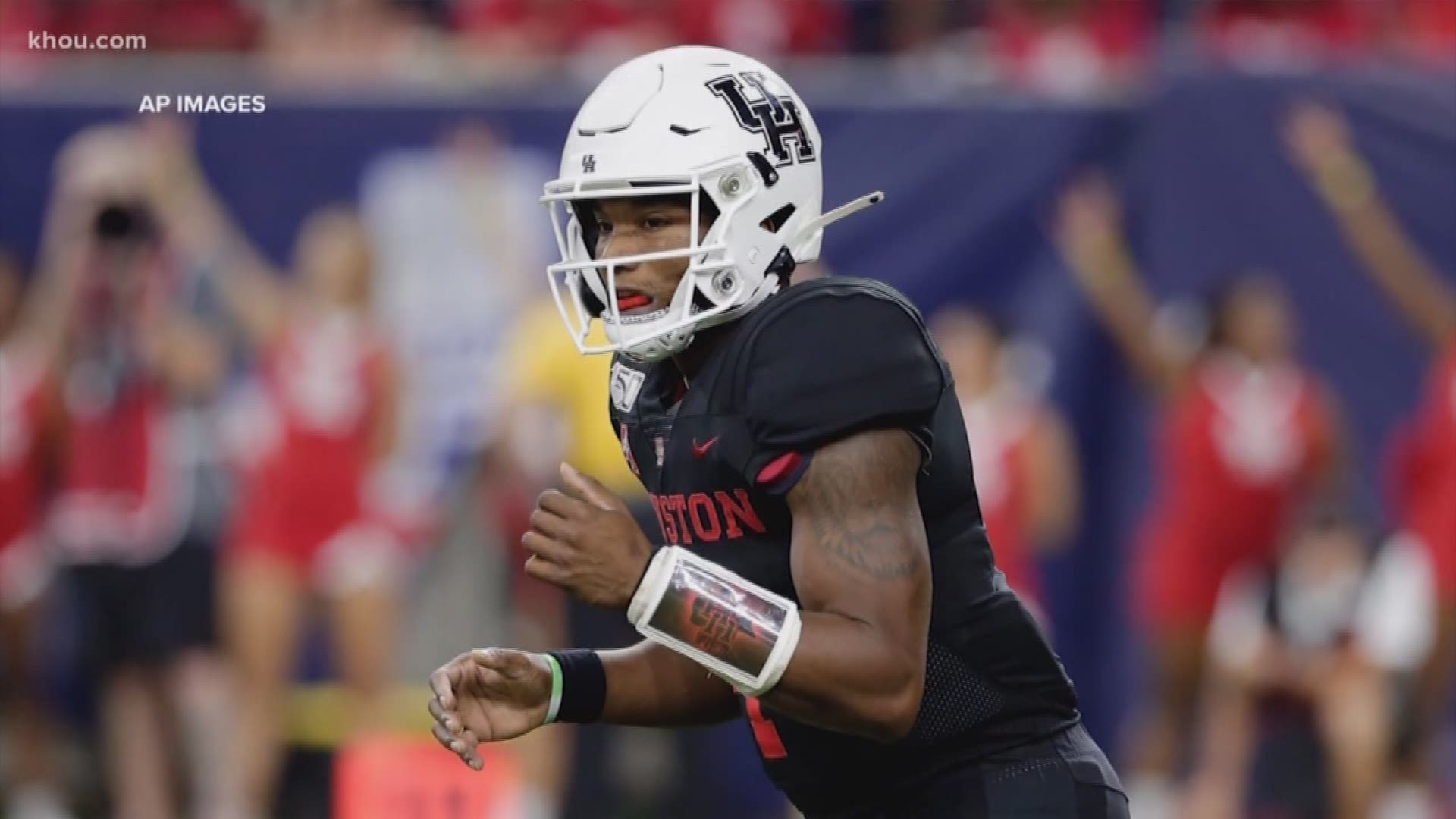 HOUSTON — Houston Cougars quarterback D'Eriq King announced he is entering his name into the transfer portal after redshirting this past season.

The quarterback made the announcement on Twitter Monday night.

King says entering the transfer portal is what's best for him, and his family.

King redshirted this past season after only playing in four games but said at the time he wasn't leaving.

King graduated from UH on Dec. 14, meaning he will be eligible to play right away for his next school.