Clemson Police are also asking fans not to take their celebrating too far if they win. 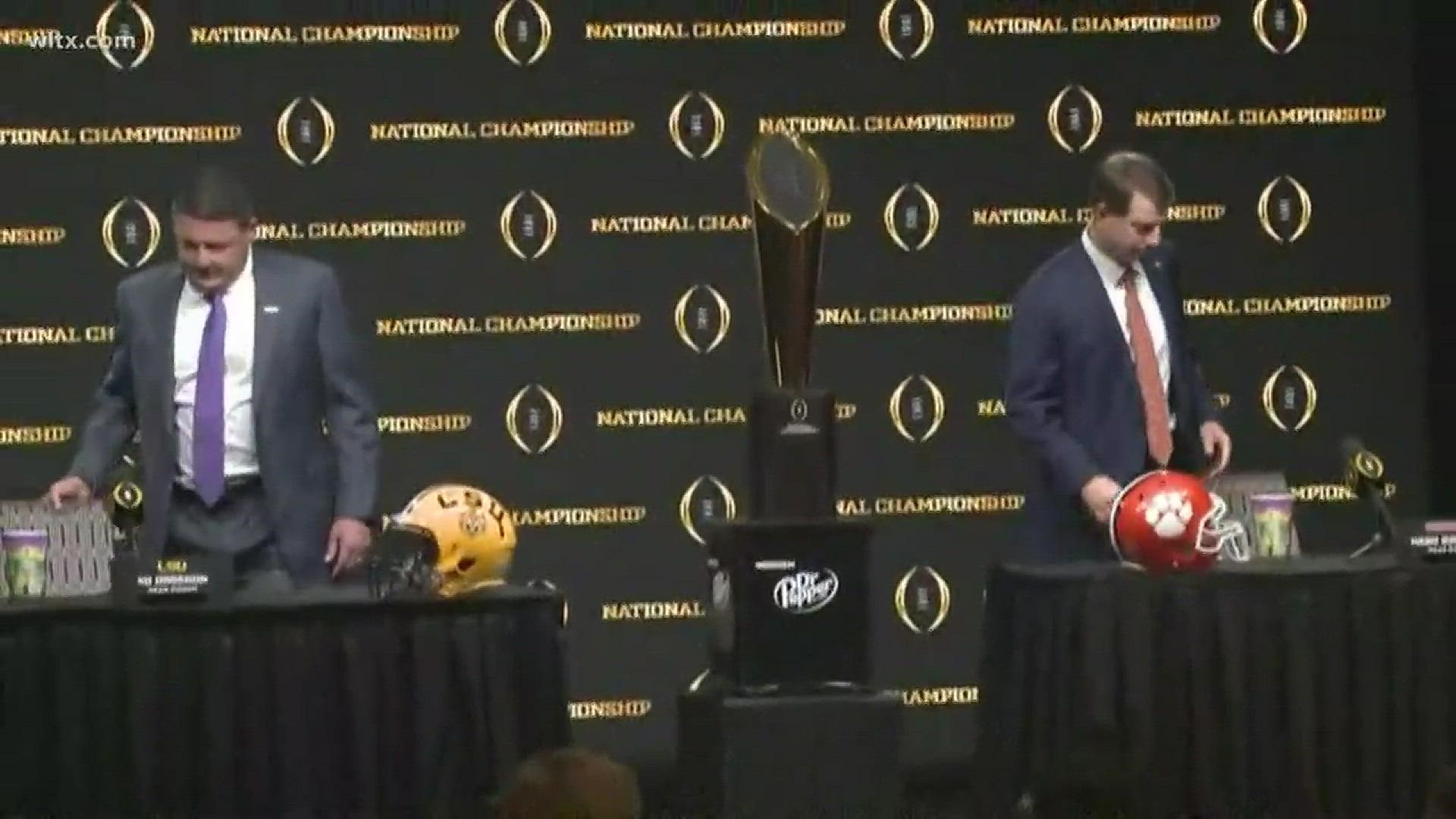 CLEMSON, S.C. — The city surrounding Clemson University is again relaxing its open container of alcohol laws for a street party as the school's football team plays in the national championship game Monday night.

City of Clemson Police say they will close downtown streets at 5 p.m. and set up viewing screens as Clemson takes on LSU in the College Football Playoff national championship game.

RELATED: Dabo Swinney: 'We could have just played in Baton Rouge'

The agency wanted to make sure fans didn't take the celebrating too far.

"A personal request... when the Tigers win... please do not tear down the city in excitement or anger," They said. "No climbing on the trees, light poles, AT&T equipment, buildings, or other people. Keep your hands to yourself and be mindful of your fellow fans. Though the city has opted to suspend the open container ban for a few hours... all other laws and ordinances are in effect... and no one wants to celebrate the night with a shiny pair of matching bracelets. We have new officers, their handcuffs are new, which means they haven't been stretched out yet and aren't as comfortable."