The Longhorn defensive end is projected to be selected as high as the second round. 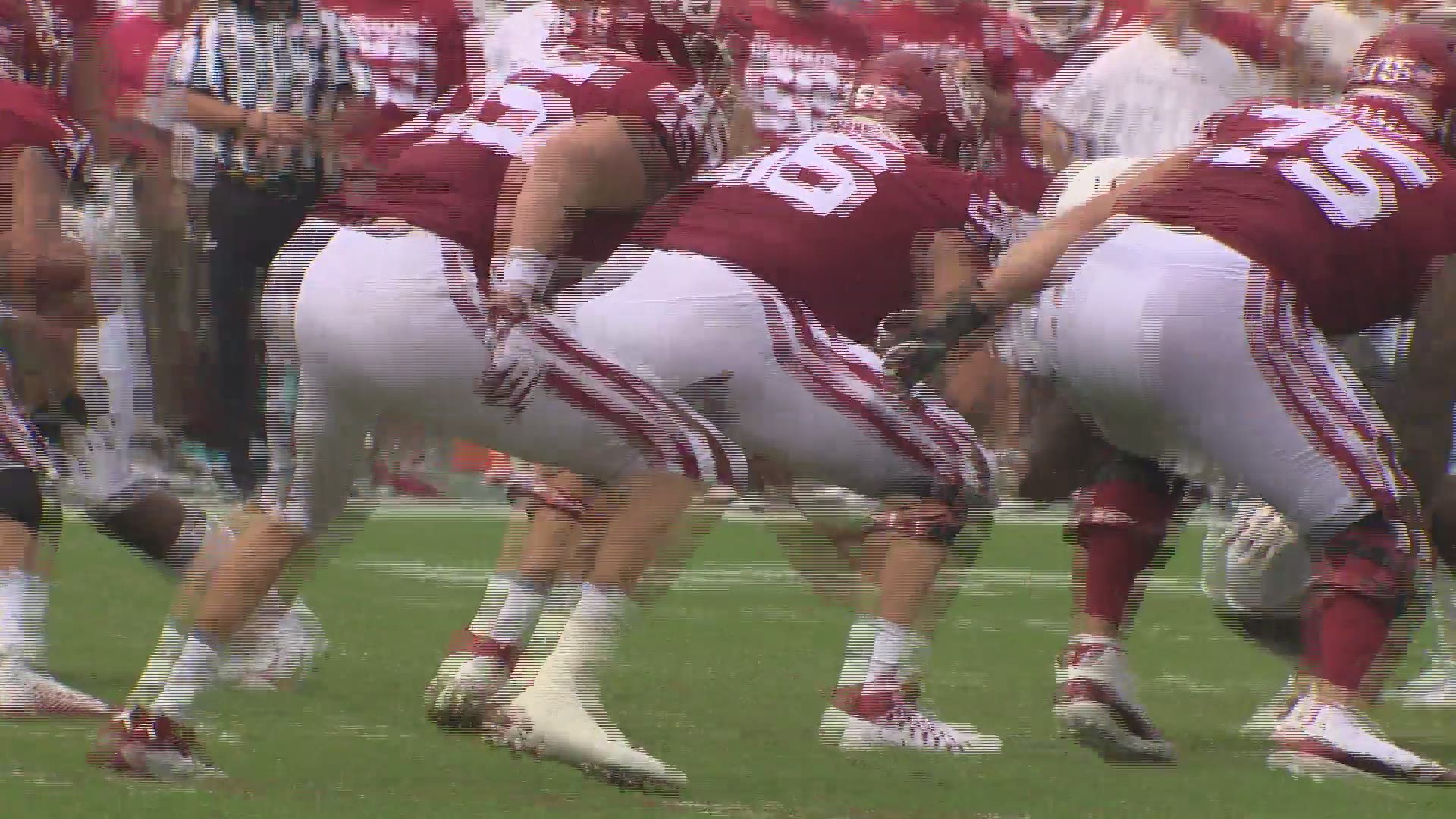 AUSTIN, Texas — If the NFL draft projections hold true and Kyler Murray becomes the No. 1 overall pick, Charles Omenihu can say he sacked the past two top overall selections in the NFL Draft -- Baker Mayfield and Kyler Murray.

The latter is one Omenihu celebrated with a baseball swing at the Cotton Bowl thanks to Murray being a two-sport star (football and baseball). Omenihu commented on that via FaceTime while driving near his home in Dallas/Forth Worth area.

"Being one of the few guys to sack the man, I'm going to hit the baseball swing; they're all going to see it," said Omenihu.

Everyone saw it, sacking the two-sport star, including members of the NFL front offices.

It was one of 9.5 sacks last season by Omenihu, who is projected as one of the top pass rushers in the draft.

"I just want to be a Swiss army knife," said Omenihu. "That's how you stay long in the league, be good at multiple things."

That's multiple talents such as pass rushing and rush defense, and Omenihu has shown he's more than capable of both.

"If you can't touch me, you can't block me," said Omenihu.

"I play fast on film. I'm explosive on film. Film is what you're judged on, honestly. We don't play football in underwear and shorts."

Omenihu has elite-level humor as well. That was a reference to the combine and UT pro day workout attire.

During our conversation on Monday on FaceTime, Omenihu told me one thing he's learned throughout this process since the Sugar Bowl win is he's good enough to play on the next level.

The three-day, seven-round draft begins on Thursday in Nashville, Tenn. I asked Charles when he anticipates to receive that anticipated call.

"Slim chance for day one -- I think day two coming in, I think that's where I'd go hopefully, middle of the second, early third," said Omenihu.

"Where? I have no idea. I just hope it's Thursday or Friday."

The Draft begins Thursday with round one. Rounds two and three are on Friday and the draft concludes Saturday with rounds four through seven.