The Austin area has long been a hotbed for elite quarterbacks. In 15 years, Zain "Hollywood" Muhammad could be the next one. 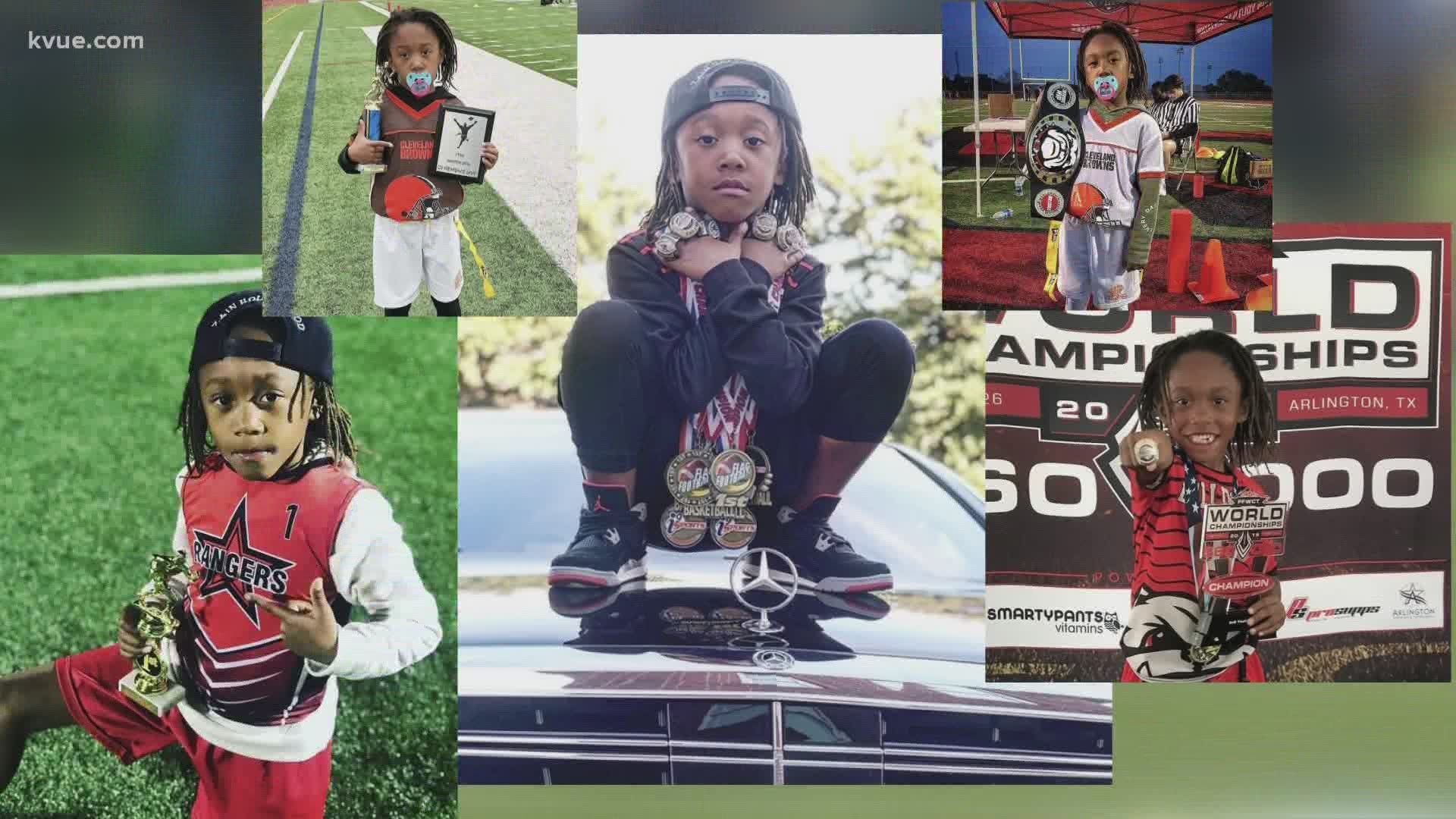 CEDAR PARK, Texas — He's quick to draw comparisons to some of the best quarterbacks in the league.

"I compare him more or less to Kyler Murray. He's got the legs of Lamar [Jackson] and kind of the finesse of a Patrick [Mahomes]," Wali Muhammad said.

But those who know him best just call him "Hollywood."

“A lot of the world is going to see Hollywood for who he is,” Zain's dad, Wali, said.

Some people were born to be quarterbacks. Zain, however, was born as a quarterback.

“He was six months old, he threw his bottle, so I was like, you know what? He’s going to be a quarterback,” Wali said.

Zain runs the offense for the Cedar Park Bulldogs.

“Telling people what to do, getting out of the pocket,” Zain said, describing his game.

It's an offense he's led to decorated heights.

But if you think his 18 flag football championships are impressive, wait until you see his 27,000 followers on Instagram.

“His first feature was on Sunday Night Football on NBC," Wali said. "He had this spectacular rollout play. He’s got this ability that a lot of the kids his age haven’t quite developed yet. And it went viral."

It went so viral that it got the attention of former quarterbacks Vince Young and Quincy Carter.

Carter, the former Dallas Cowboy, is now training Zain in hopes of molding him into something great.

Zain agrees with that sentiment.

If there's anyone to handle the bright lights of potential stardom, it's Hollywood himself.

“He’s yet to peak and he’s just getting started,” Wali said.