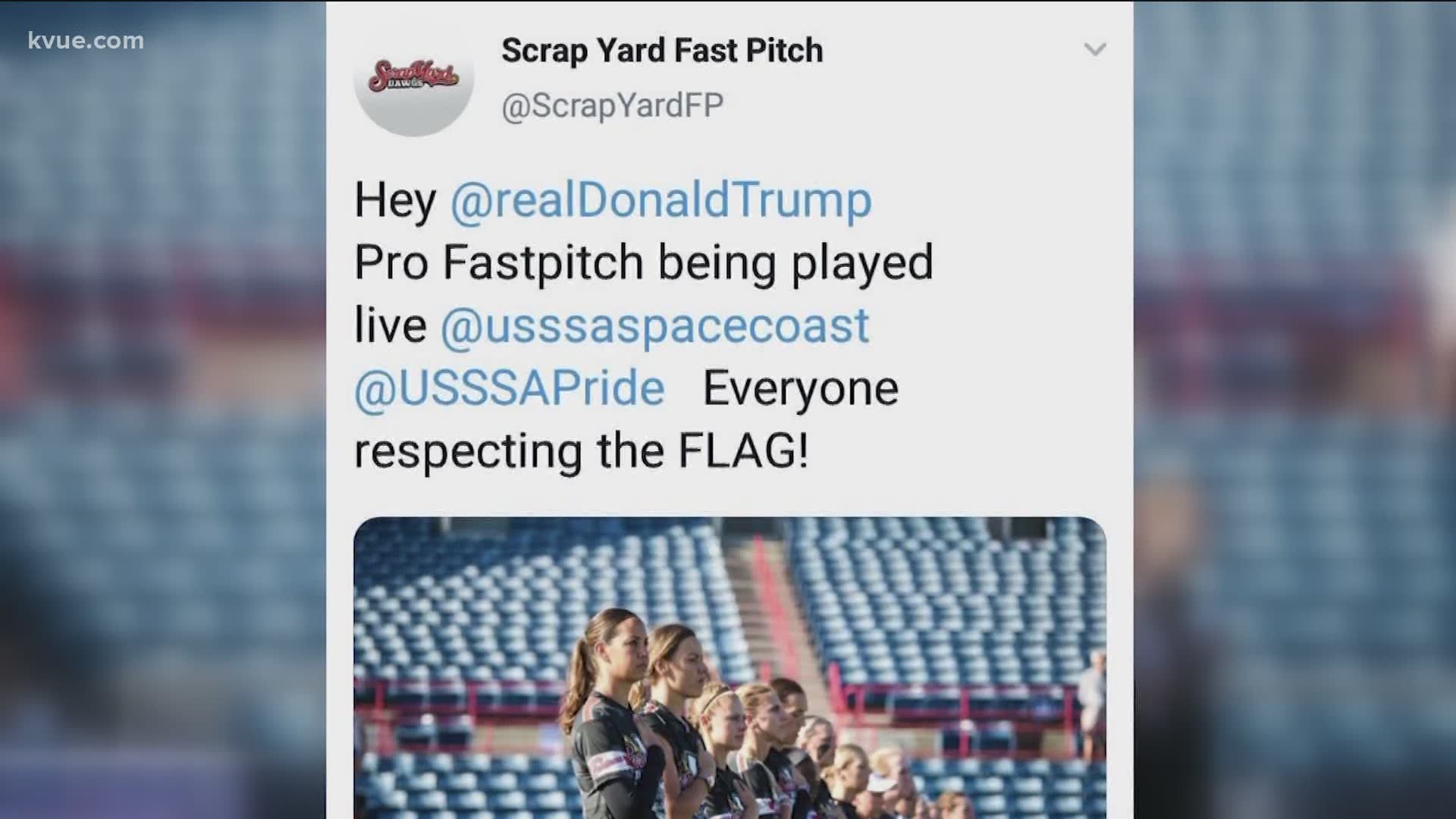 Osterman responded on Twitter, saying, "I DO NOT support the comments made during our game by @ScrapYardFP and I will not represent them. We as a people are working towards change, and THIS IS NOT IT." She attached a photo that said, "This isn't us."

Osterman wasn't alone. Several of her teammates also expressed outrage over the tweet. In fact, according to our news partners at the Austin American-Statesman, Osterman and her teammates have all quit the team.

WATCH: Cat Osterman to give back with RBI Austin