WGRZ's Adam Benigni is joined by Vic Carucci of the Buffalo News after the Bills 38-24 loss to the Kansas City Chiefs in the AFC Championship game. 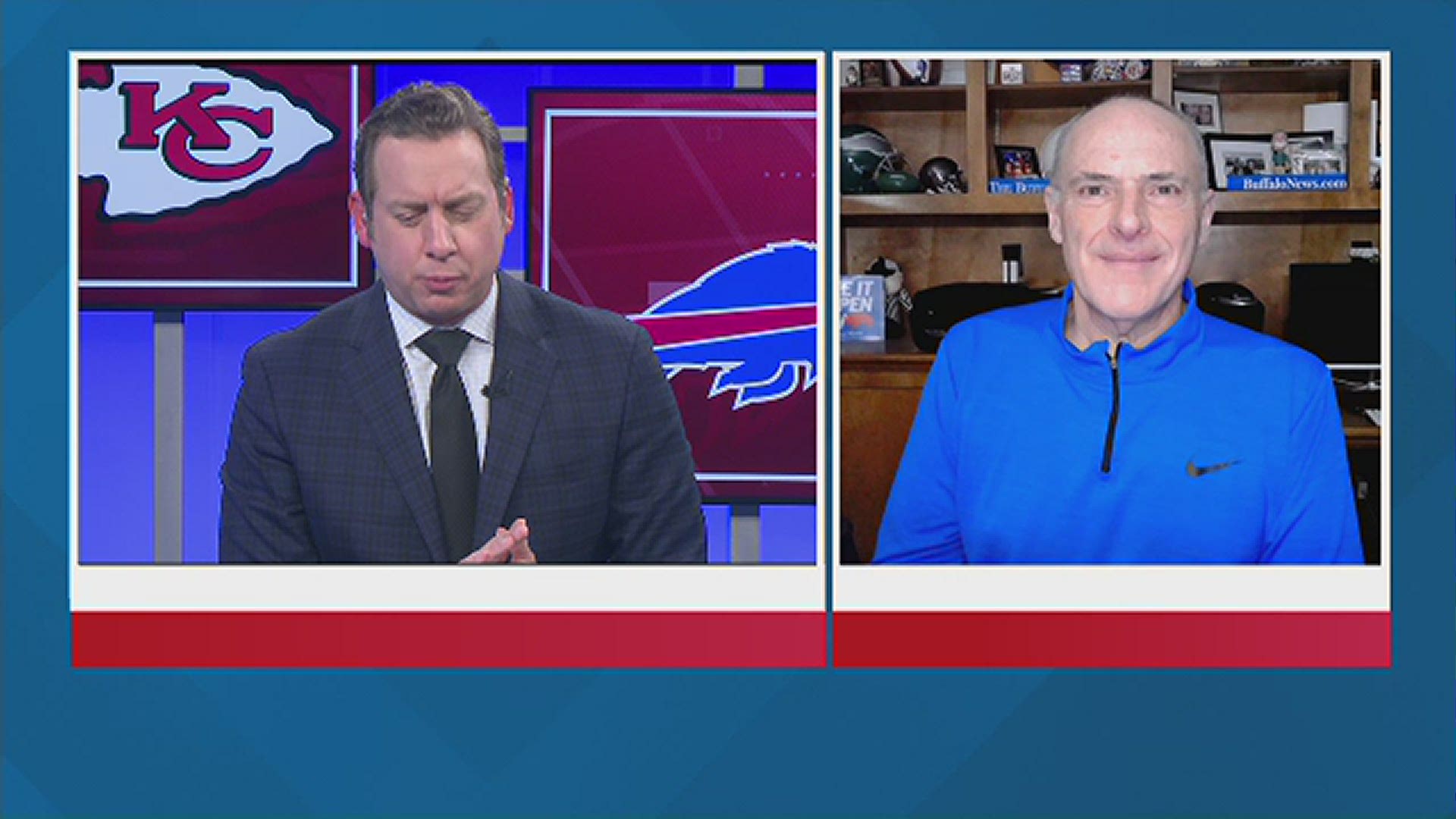 Probably a fair description as the teacher schooled his former student.

Head coach Andy Reid and the Kansas City Chiefs outcoached, outexecuted, and outclassed the Buffalo Bills 38-24 in the AFC Championship game Sunday night.  McDermott worked under Reid for years in Philadelphia, and credits Reid with much of his growth and success as a coach.

Quarterback Josh Allen was under constant pressure and didn't have anyone to throw to consistently is the Chiefs secondary blanketed Buffalo's receiving corps.

The Bills defense, which had prevented the big play in a 26-17 loss to the Chiefs back in week six, did anything but as Patrick Mahomes hit Tyreek Hill, Travis Kelce, and Mecole Hardman for big plays and touchdowns.  The Bills defense did nothing to adjust.

Buffalo had little to nothing in the way of answers.

WGRZ's Adam Benigni is joined by Vic Carucci of the Buffalo News for insight and opinion on this game and the Bills season.  Vic and Adam are also joined by Bills beat writer Jay Skurski of The News, for "Sports Talk Live Buffalo" every Monday night at 7:30 on WGRZ.