Jesse Ciffa is the man behind some of your favorite Bills haircuts. 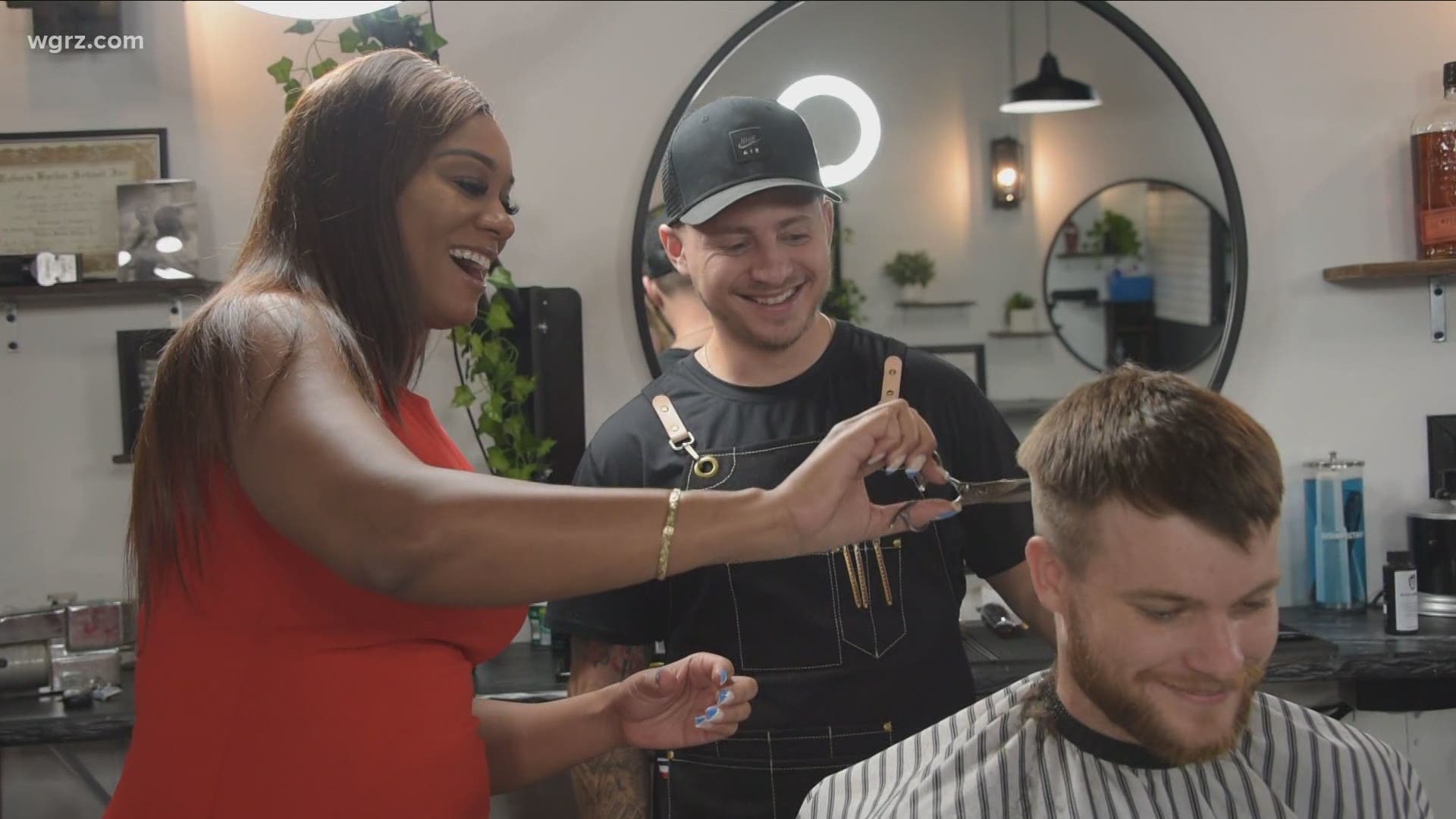 If you've ever wondered where your favorite Bills players get their cuts look no further than Chiefs Barber Parlour.

Welcome to Chiefs Barber Parlour on Military Road. Whether you're looking for a fade or a simple haircut co-owners Jesse and Nate Ciffa have you covered.

Starting in his grandfather's basement, Sonny Dee who was a barber himself put the fire in his grandson to chop up the best around Buffalo.

"One of the strength and conditioning coaches sent Richie Incognito to me. Richie started telling everyone else about me, and the two of them sent guy after guy after that," Ciffa said.

It's been that notoriety that gave the Ciffa cousins the motivation to open their own shop.

"It's been awesome, it's been a huge blessing. Pretty much all my clients have followed me that I know of. We had our opening day party over the weekend, and we had 200 people at the party. Everyone's been super supportive." Ciffa said.

Even Bills defensive lineman AJ Epenesa made a especial appearance to get a fresh chop and show his support.

Credit: Chiefs’ Barber Parlour
Bills defensive end AJ Epenesa was in the Town of Tonawanda on Saturday as a new barbershop held a ribbon-cutting ceremony.

Those relationships keep the Chiefs' customers -- Bills players or not -- coming back.

"It's like locker room dudes talking about dude things. We talk food a lot, girls here and there, the occasional what's going in the NBA, what's going on in the NHL. We talk about anything," Ciffa said.

A sanctuary where you unwind.

Besides taking over the city with a pair of scissors, the Ciffa cousins hope to inspire the next generation of barbers as well.

"We talked about wanting to do education, barber education and training at higher level in the area because we don't get much around here just basic barber training," Ciffa said.

You can book with Jesse or Nate at ChiefsBarber.com or you can book through their Instagram.