Rouse Cheer talks about their goal of getting invited to one of the largest competitions in the world and how they are working odd jobs to get there. 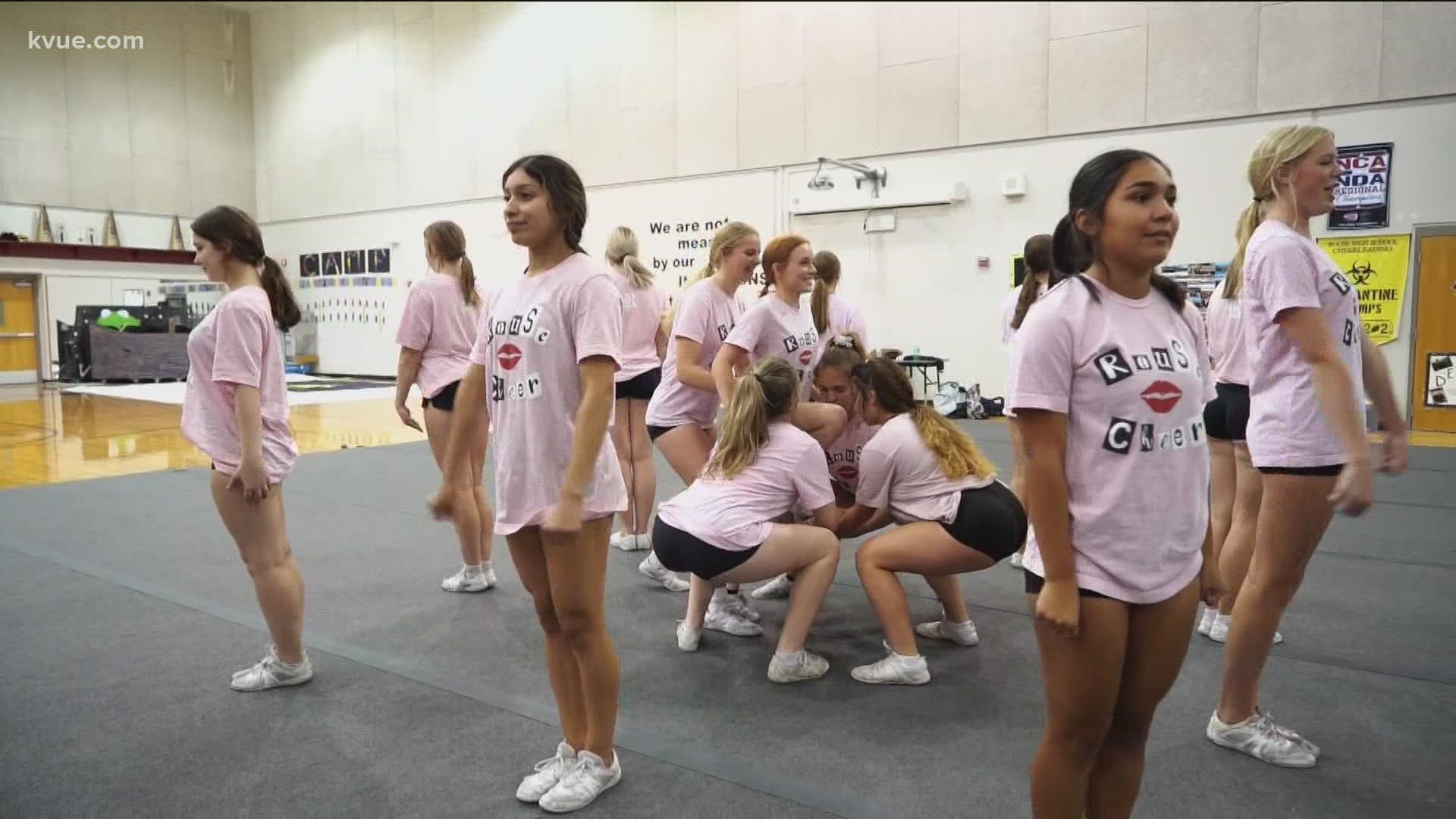 Making sure their backline is just as strong as their frontline is the Raider way.

"Our team is full of girls who are genuinely dedicated. And we all love what we do so much and we're willing to do anything to accomplish our goals," said Senior Brooke Barber.

"We're just so hungry, like, there's so much hunger and, like, we want to be good," said Senior Gracie Grady.

Grady and Barber are propelling Rouse Cheer to a new altitude.

"We want to go back to Disney," said Grady. "I mean, my sophomore year before COVID, we went to Disney and we placed seventh in the nation – a huge deal."

It's an honor worth bragging about, as the UCA National Cheerleading Competition is one of the largest in the country.

"That was literally the best thing of my entire life," said Barber.

"How did it feel after you guys nailed that routine?" asked KVUE's Daranesha Herron.

"It was amazing," said Barber. "I can't even describe the feeling. It was, like, just so much happiness and pride after all the work we'd put into it."

To step into the Top 5, the athletes practice before and after school, perfecting stunts you typically only see male cheerleaders nail.

"Stunting is like my go-to thing," said Grady, a senior who also does co-ed stunting. "I love throwing people in the air and catching them."

Earning an invitation to nationals is one hurdle but actually getting there is another.

"It's right around $2,250 per kid to get there," said Head Coach Brittany Onder.

So Onder and her girls have been flipping for funds.

"We actually all worked at the H-E-B Center," said Barber. "We all worked there, like, at least 20 times."

They put in those hours on top of working personal jobs.

"You know, out there pushing carts too," Grady said. "Like, right after school thinking about routines."

The 17-year-old won't be pushing carts too much longer.

"I actually recently committed to a small school up in North Carolina for acro-tumbling," said Grady.

She knows the stress to be the best is worth it, especially when your team has one dream.

"This is the team that you can go and you fall back on and everybody's there to catch you," said Grady. "They're like, 'You got it.' Like, 'This is the hard part, but it's going to be so worth it in the end.'"

Rouse Cheer will know if they're invited to UCA Nationals by December.