You can find the latest scores and upcoming schedule for the Round Rock Hairy Men baseball team here. 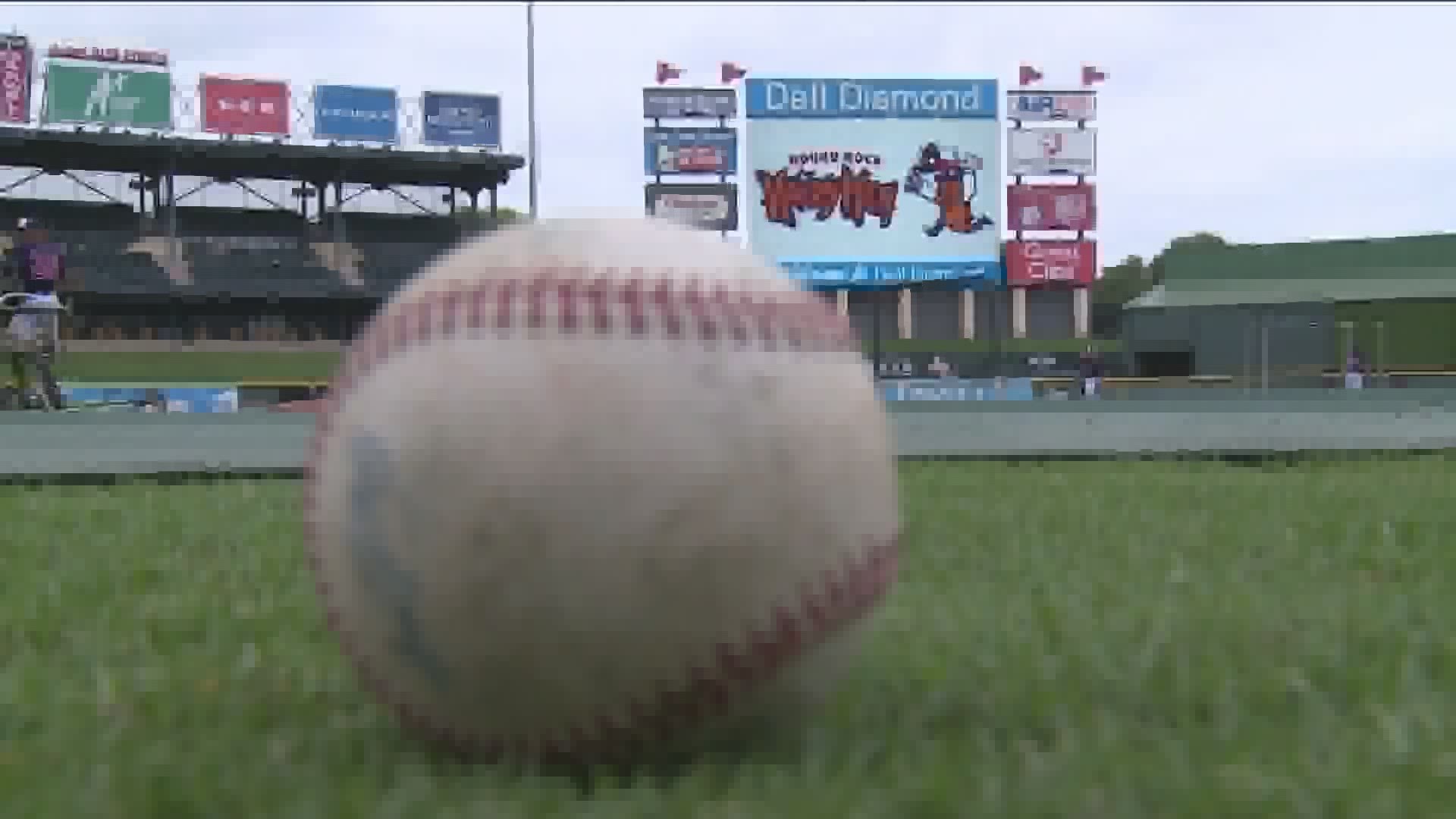 ROUND ROCK, Texas — The Round Rock Express was granted a temporary expansion team in the Texas Collegiate League (TCL) for the 2020 season, the state’s first major collegiate summer wood bat league.

The team is dubbed the Round Rock Hairy Men in a nod to the area’s local urban legend. The TCL has expanded to field 10 teams for the 2020 season, each made up of active collegiate players competing in a 30-game regular season that runs from June 30 until Aug. 2.

Round Rock opens the 2020 TCL season with a six-game road trip. The league’s Opening Day was Tuesday, June 30, with the Hairy Men meeting the Brazos Valley Bombers for a three-game series at Travis Field in Bryan, Texas. After that, Round Rock heads to the Texas Panhandle for a three-game slate against the Amarillo Sod Dogs at Hodgetown Stadium, home of the Double-A affiliate of the San Diego Padres.

The home opener at Dell Diamond is scheduled for Tuesday, July 7, at 7:05 p.m. as the Victoria Generals come to town for a three-game battle. The first 500 fans through the gates at Dell Diamond on Tuesday, July 7 will receive a replica Houston Astros 2019 American League Championship ring, courtesy of Dell Technologies.

On Thursday, July 9, the first 500 fans to see the Hairy Men take on the Generals will receive a Josh Reddick bobblehead.

Up next, Round Rock and San Antonio take their decades-old rivalry from Minor League Baseball to the TCL. The six-game season series features a unique format where each team alternates home games during a pair of three-game sets. The Round Rock Hairy Men host the San Antonio Flying Chanclas on Saturday, July 11; Friday, July 31; and Sunday, Aug. 2. Nelson W. Wolff Municipal Stadium – home of the San Antonio Missions, the Triple-A affiliate of the Milwaukee Brewers – will host the rivalry games on Friday, July 10; Sunday, July 12; and Saturday, Aug. 1.

Round Rock’s longest homestand of the season begins on Tuesday, July 14, with a three-game bout against the Acadiana Cane Cutters before the Sod Dogs come barking for a three-game weekend series on Friday, July 17.

The Hairy Men then head south to Riverside Stadium in Victoria for a three-game slate against the Generals on Tuesday, July 21, before the team’s lone trip to Louisiana for a series against the Cane Cutters at Fabacher Field in Youngsville beginning on Friday, July 24.

The final homestand of the year launches Tuesday, July 28, with a three-game set against Brazos Valley prior to the conclusion of the season series against San Antonio.

The TCL playoffs are scheduled to begin on Tuesday, Aug. 4. The top two teams in each division will meet in a three-game divisional series, hosted by the higher seed, followed by a one-game, winner-take-all championship for the Gerald Haddock Trophy on Saturday, Aug. 8.

Round Rock’s full 2020 schedule is below:

**Home games are depicted in BOLD**

WATCH: Round Rock Hairy Men weigh in on mascot choice