The Big 12 Conference announced its preseason All-Big 12 team and a pair of UT players made the list. 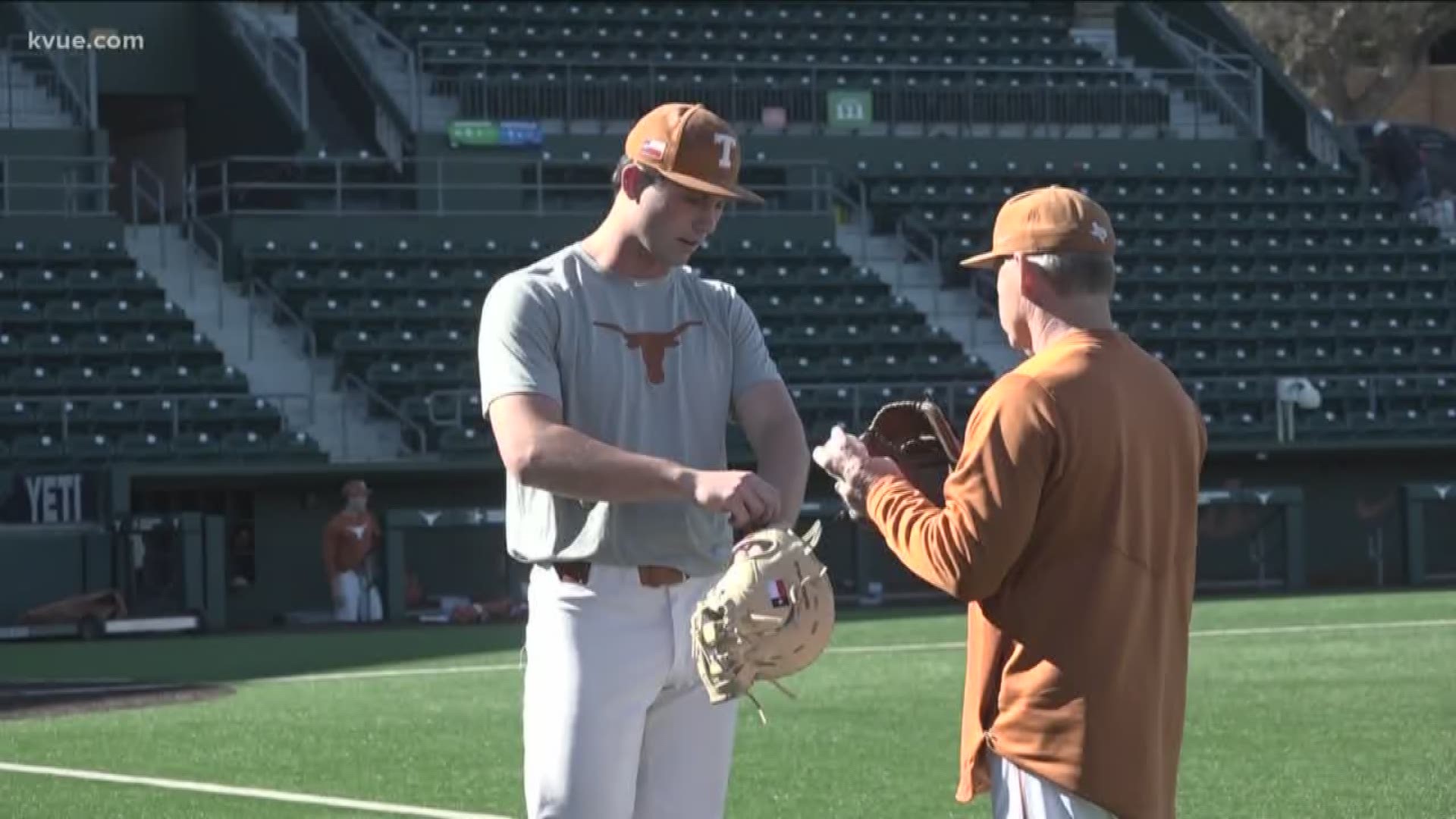 AUSTIN, Texas — The Big 12 Conference released its list of names that made the 2020 preseason All-Big 12 team on Wednesday.

Texas had two of its players make the list. Sophomore outfielder Eric Kennedy and junior right-handed pitcher Bryce Elder made an appearance on the 2020 preseason list.

Elder was one of three unanimous selections to the team, including Nick Loftin from Baylor and Dylan Neuse from Texas Tech. Elder was selected to the All-Big 12 second team in 2019.

In 2019, Elder finished the year with a 2.93 ERA in 83 innings pitched. He led the Longhorns with 86 strikeouts and nine quality starts. Elder pitched at least six innings in 11-of-13 starts and threw a season-high eight innings against Louisiana and TCU. He struck out 10-plus batters in two games, including his career-high of 13 against the West Virginia Mountaineers.

Kennedy was one of five Longhorns to be an All-Big 12 honorable mention in 2019. He was the Longhorns' leading hitter as a freshman, donning a .310 batting average. In his first season with Texas, Kennedy scored 41 runs, drove in 28 RBIs and had nine stolen bases.

The announcement comes as UT prepares to bounce back from its worst conference performance in school history in 2019.

The Longhorns open the 2020 regular season on Friday, Feb. 14, on the road at Rice. Texas' home opener is scheduled for Tuesday, Feb. 18, against UTSA to kick off a six-game homestand.