Austin Spurs guard Galen Robinson is using his labor of love to promote a message of love. 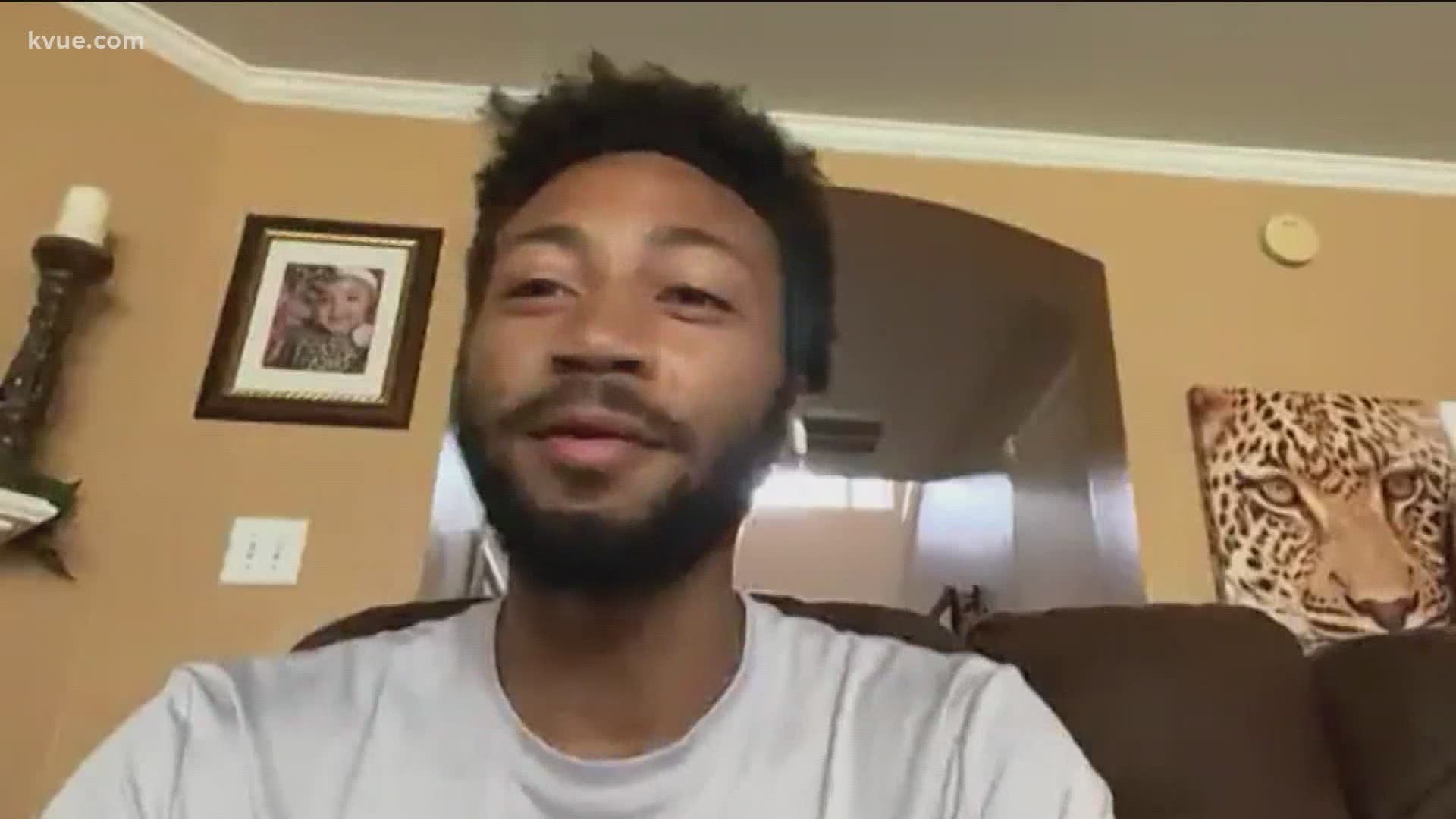 That mindset applies to when he's both running the point on the basketball court and when he's running his own company to help create change.

Robinson is the founder of Substantial Worldwide, a company that's based in Houston.

He recently designed "Dedication Tees" to honor the memory of Houston-raised George Floyd.

"That’s the way that people express themselves the most is through what they wear," he said. "I didn’t want to overdo it ... but I also wanted to make people kind of uncomfortable. The entire thing is uncomfortable to talk about. And we’re trying to bring change to it, so I felt like the shirt had to at least make you uncomfortable so you could take notice."

Robinson sold hundreds of these shirts, raised closed to $5,000 and donated all of it to Black Lives Matter, Black Visions Collective, Campaign Zero and the NAACP.

He said the reasons he did it were simple – his dedication to the Houston community, his obligation as a professional athlete and his understanding of what it's like to be a black man in the United States.

"I’m blessed to be in the position I am – to be educated, play college ball, play professionally – but a lot of my best friends don’t have the same opportunity," he said. "Being black in America, you have to do way more just to get the same respect as someone else."

"We're on the brink of change," he added.

'We have the power and platform to affect change' | Gregg Popovich, NBA coaches committee denounce killing of George Floyd