Austin FC will become the first major league sports team in Austin and the 27th team of Major League Soccer. They will start play in 2021. 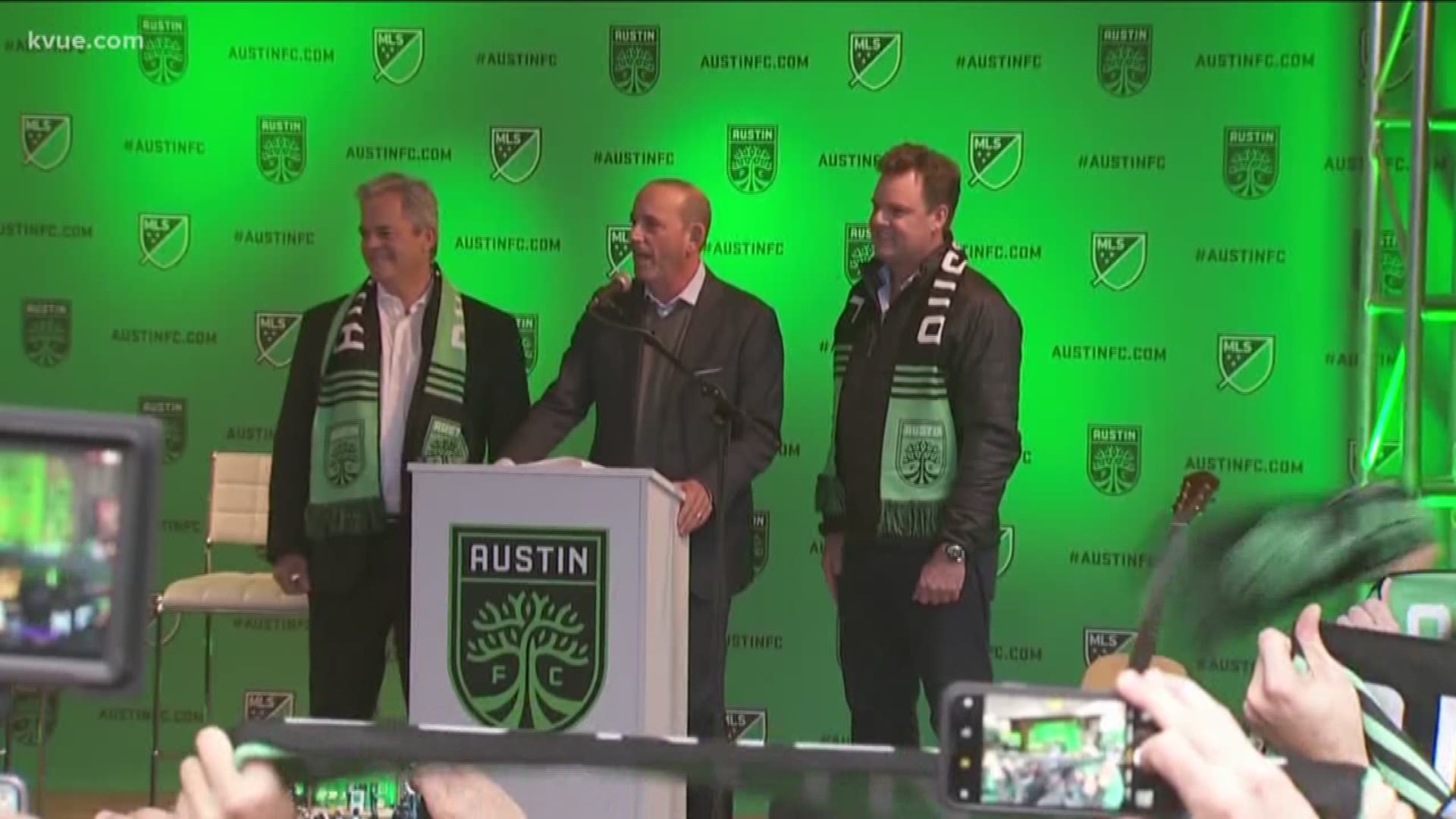 “Five years ago, the Austin anthem came together and now you’re over 1000 strong," said Garber. “You kept the faith, you never gave up.”

Commissioner Garber spoke highly of groups that brought the team to Austin and also of Mayor Steve Adler.

“A guy I would truly get in front of a storming train for,” said Garber, thanking him for helping bring Austin FC to the city.

Steve Adler stated he wanted to say thank you to CEO Anthony Precourt, not just for bringing Major League Soccer to Austin, but for the way he brought it to the city.

Lalas told KVUE's Luis de Leon just before the event started why he felt Austin was the perfect fit.

“Number one, this is a soccer city, I can smell it, I can taste it, I can feel it and I’ve been around a long time ... this is a place where people want to go and want to live," he said. "This is also a place, as I said, that wants soccer and I’m just so happy that they’re going to have this soccer team and make it what they want."

MLS Commissioner Don Garber added, "There’s so many exciting things going on in this city – it is a city on the rise, there’s massive growth."

The fans at Rustic Tap say they want to welcome that massive growth, with soccer.

“This is going to be so much fun, so exciting, it just can’t come quite quick enough," said soccer fan Brian Ketter.

“I’m not even a huge soccer fan, I’m just excited to have something to get behind," said Eric Murphy.

“The city is just amazing so happy to have them here," said Gabriela Navarro.

The event was held at the Rustic Tap on Sixth Street in Austin and was invitation only. A limited number of tickets were made available to the general public through the Austin FC digital and social media channels.

Surrounding businesses on West Sixth Street participated in the event as well, giving supporters the opportunity to join in the celebration nearby.