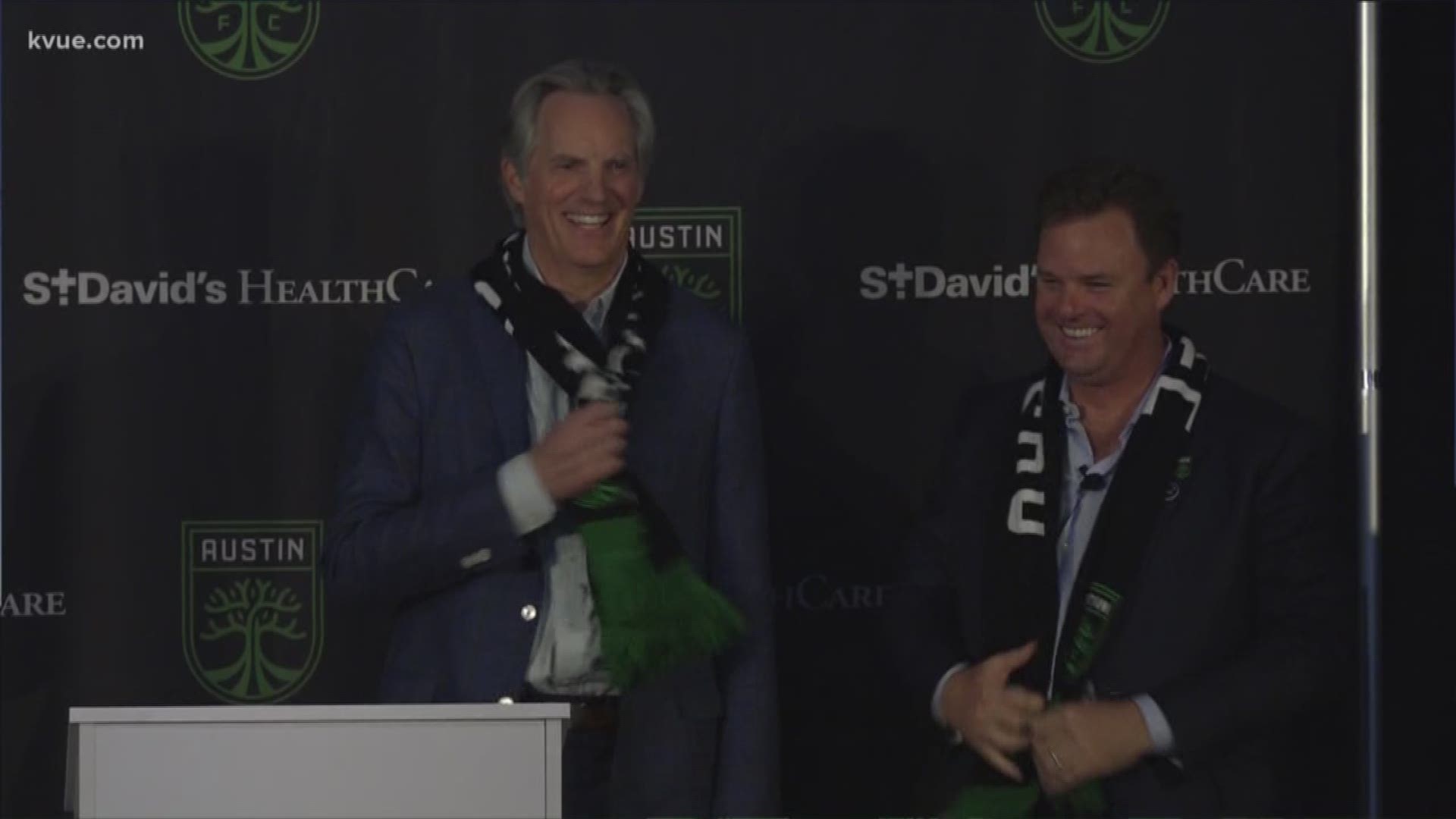 In addition to naming rights to the training center, St. David's will also provide medical care for the players and coaches, along with stadium guests at home games.

“Austin FC is honored that St. David’s HealthCare, an award-winning, Austin-based healthcare system, is the first founding partner to join the Austin FC family. We are proud that this organization, which serves and employs thousands in our community, has chosen to partner with our Club,” Anthony Precourt, chairman and chief executive officer of Austin FC and Precourt Sports Ventures, said. “St. David’s HealthCare will be key to providing high-quality medical care for our players while also creating a safe environment at all matches and events for our stadium guests.”

The multi-year agreement also makes St. David's its official healthcare partner, training partner, and performance center naming rights partner of the Austin MLS Club. As such, St. David's receives entitlement to Austin FC's training facility, which will be named the St. David's Performance Center – the location of which is to be determined. The healthcare system also gets primary branding on the official training jersey worn by First Team players and staff.

“When St. David’s HealthCare sponsors an organization, we look to forge a true partnership, and we have found that in Austin FC,” David Huffstutler, president and chief executive officer of St. David’s HealthCare, said. “Anthony [Precourt] shares our commitment to serving this community and creating exceptional experiences for customers. We look forward to a long and successful relationship.”

Tuesday's event was also met with protestors. The group "Friends of McKalla Place" was spotted outside carrying signs and chanting “FC pay taxes” outside the event on Kramer Lane. The neighborhood group filed a petition earlier this year regarding a lease agreement between the City of Austin and Precourt Sports Ventures to build Austin FC's soccer stadium at McKalla Place.

When Precourt was asked at the press conference about their concerns, he said his organization is going through city council and that a traffic study is being conducted and this pushback is to be expected.

Construction on the new stadium is supposed to start in the fall and games in the spring of 2021. Austin FC will be joining the league in 2021 as Austin's first pro sports team.

Also on Tuesday, FIFA announced the 2022 World Cup will be played with 32 teams, rather than 48. This means the North America 2026 World Cup will be the first to host a tournament with 48 teams, if FIFA stays on track with original plans.