The ACL Pro Series Shootout comes to Central Texas for a three-day event. 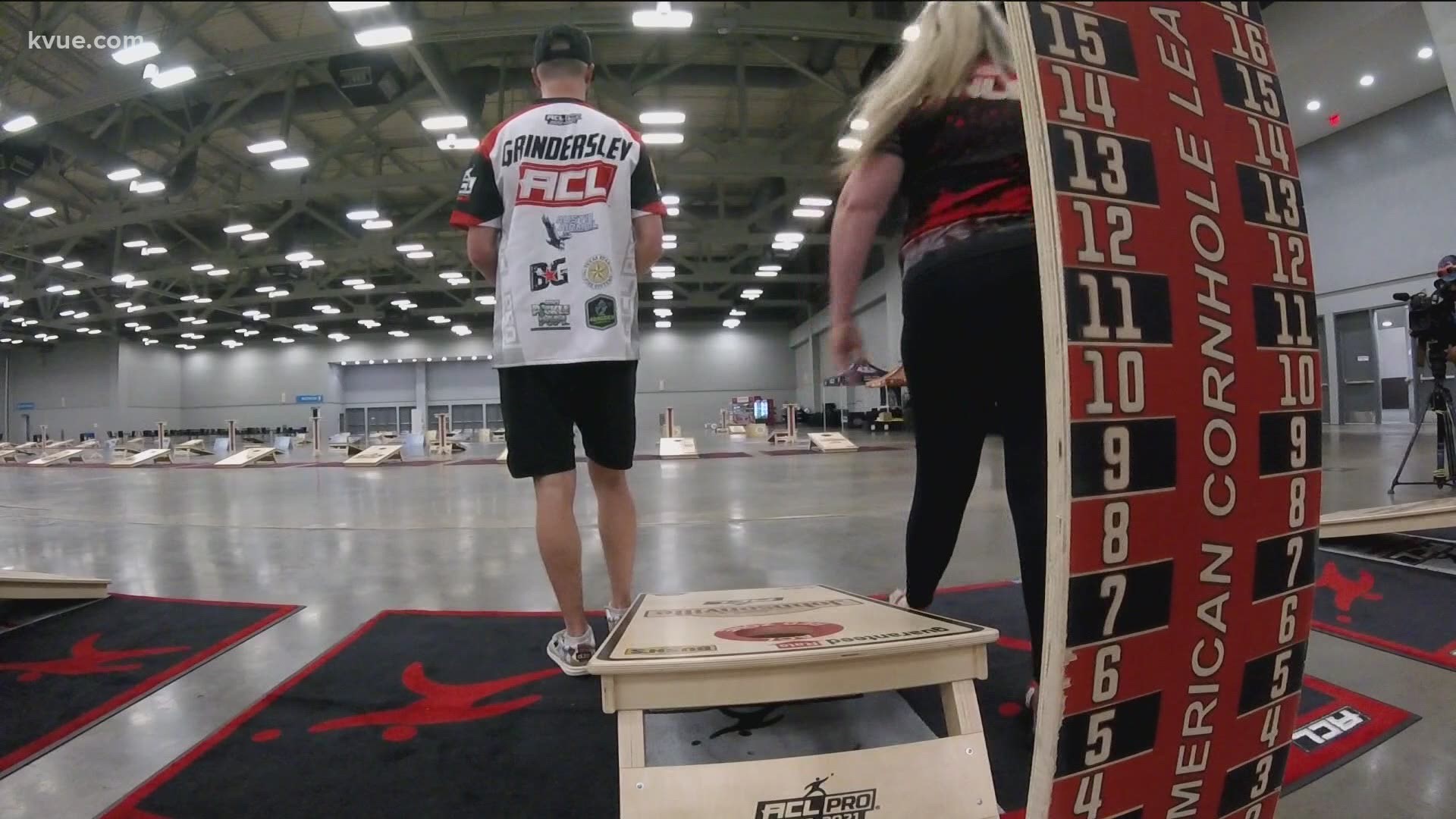 AUSTIN, Texas — Cornhole is not just a tailgate activity, it is now a professional sport – and it's in Austin for three days. Over 150 pros compete in the American Cornhole League, and the majority of them are in Central Texas for a qualifying tournament that will take place at the Austin Convention Center.

Sam Finley and Lexington native Eddie Grinderslev are two of the sport's top players. They agree that the best part about this sport is the community you build with the other ACL pros.

"I love the competitive part of it," said Finley, "but my favorite part is all the friends that I've met doing it."

"I've made amazing friends through this, that I could probably call family," added Grinderslev.

While relationships are one of the biggest advantages to the game, there is another aspect that makes cornhole particularly appealing to fans.

My quick hit thoughts going into Austin:
-Which Southwest Conference Pro is going to show out? (I’m thinking Grinderslev with Gonzales as a sleeper)
-I am hoping Streker’s current 2nd place trend ends, or else it may get to her

"For me, it's the relatability for so many people," said Ryder. "When you watch Patrick Mahomes rollout and he throws the ball 60 yards off his back foot, not many people are saying, 'Oh, I can do that,' ... but cornhole, you may reminisce with your buddies, and call your buddy and say, 'Oh, remember that time we beat those guys at the tailgate next to us and we hit that four-bagger to beat them and everyone went crazy?'"

Pros as young as 14 and as old as 70 will compete in the tournament, here in Austin.  The total prize pool for this weekend's event is $250,000, and part of Sunday's action will be broadcasted live on national television.