Make-A-Wish, Austin Spurs and others teamed up to make a local athlete's dream come true. 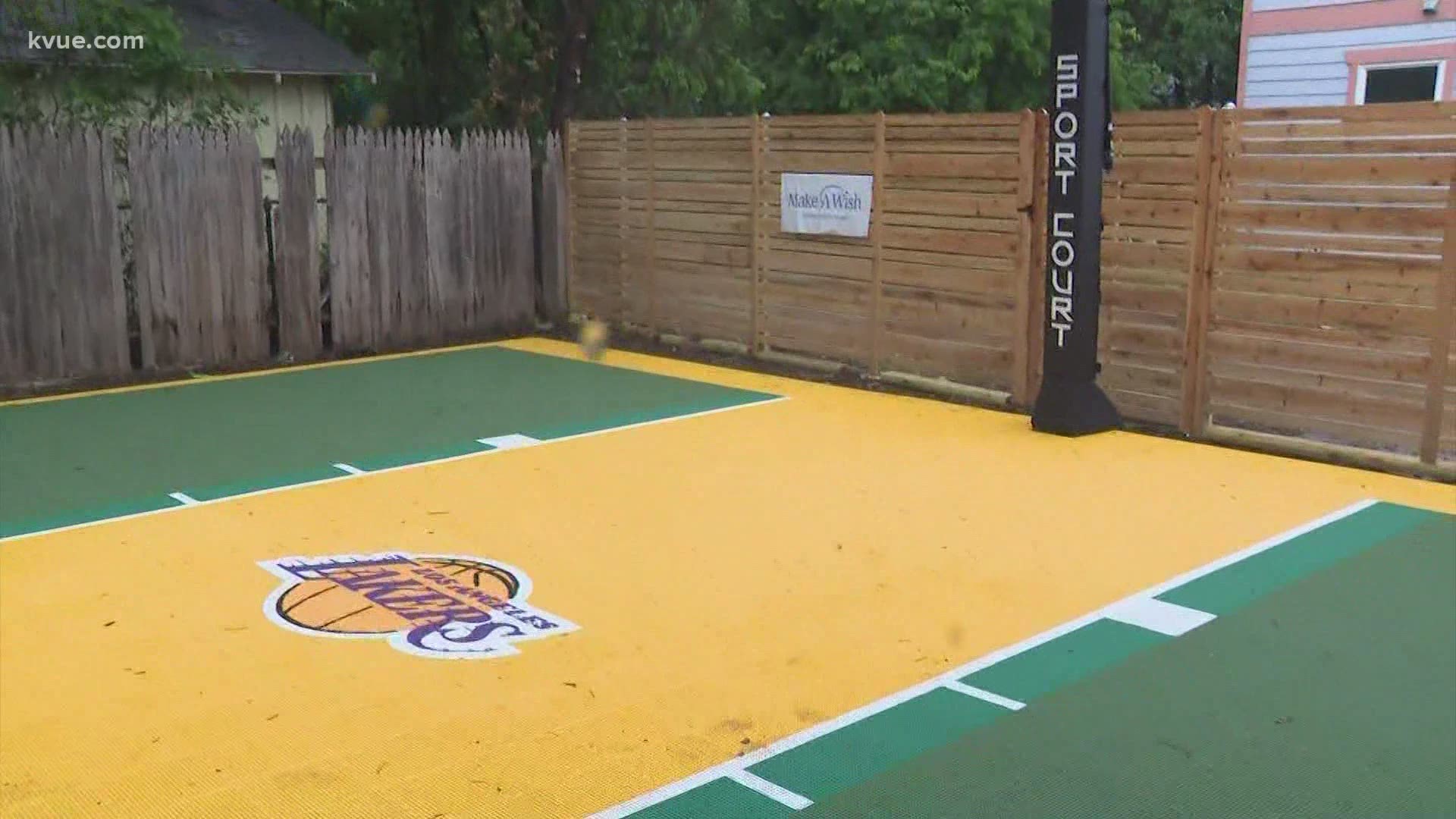 AUSTIN, Texas — On his way to varsity basketball practice in the fall of 2019, Solomon Marshall – then a freshman at St. Andrew's High School – discovered something that would change his life forever.

"I actually felt [a lump] on the way to basketball practice, on my neck," said Solomon. "So I told [my parents], and we went to the doctor a lot."

The diagnosis was cancer – synovial sarcoma, to be specific.

Eight months of hard work followed that diagnosis. Thankfully, after seven rounds of chemotherapy and 32 radiation treatments, Solomon was cancer-free.

"I just had my scans done and everything came back great," said Solomon. "There's no cancer left in my body!"

Make-A-Wish of Central & South Texas and other organizations did not want Solomon's story to end there. They wanted his journey after cancer to feature his longtime dream – a backyard basketball court.

"I've always wanted a court in my backyard, and this is beyond what I could imagine," said Solomon.

Solomon said he already knows whom he will play the first game of one-on-one against on his brand-new court.

"Definitely my dad. He's been talking a lot of mess for 16 years, so I'll get him on the court and give him some buckets," joked Solomon.

In total, Solomon was gifted:

Texas State University athletic director to step down in August