Longhorns defensive lineman Malcolm Roach said he wants to represent the late Cedric Benson to the best of his ability. 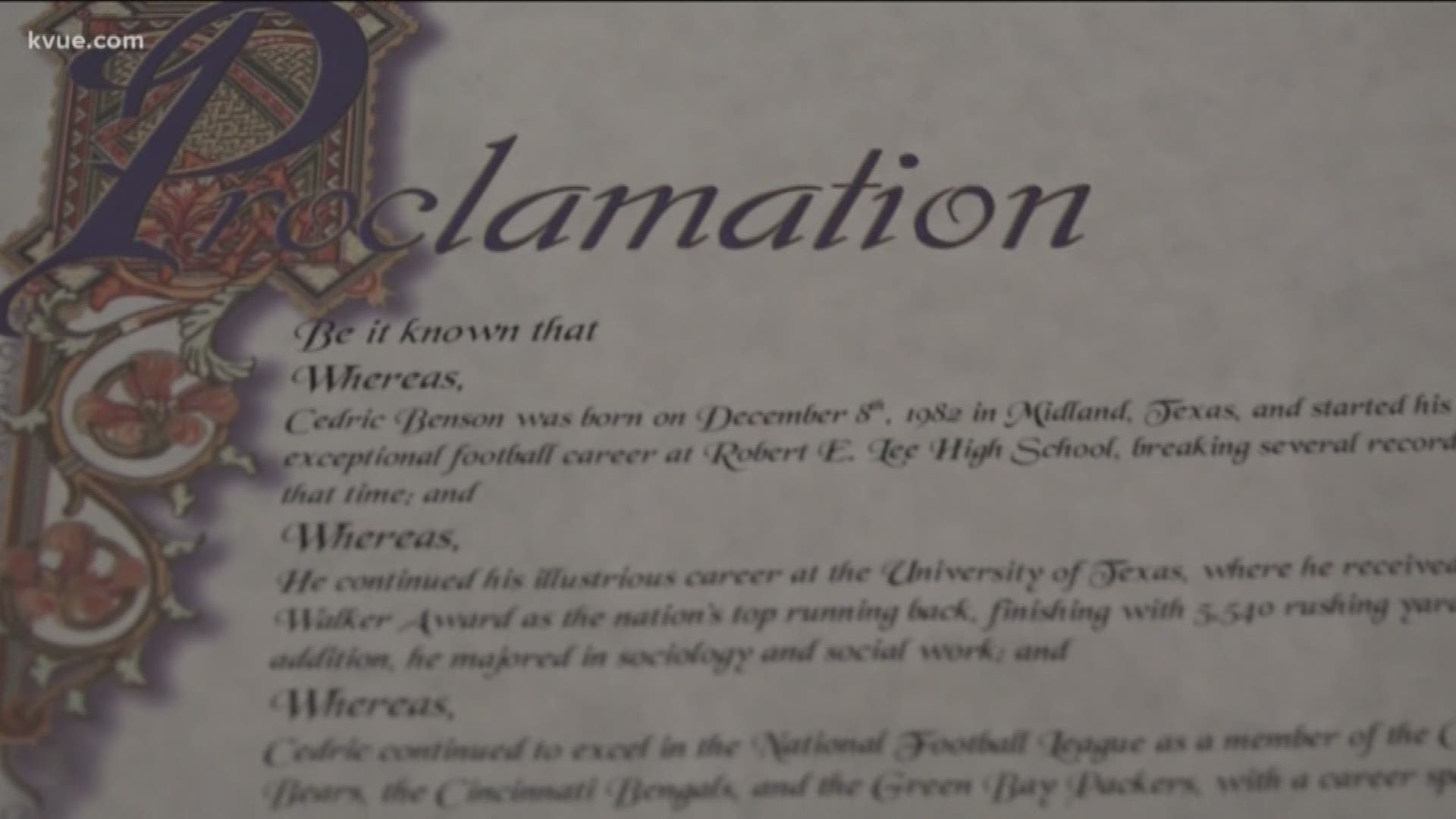 AUSTIN, Texas — The Longhorns' current No. 32 is hoping to honor a former No. 32, a former Longhorns legend.

Donning the same number as the late Cedric Benson, senior defensive lineman Malcolm Roach said he hopes to represent Benson as best as he can.

"It really didn't hit me until we had our jerseys in the locker a few days ago," he said. "I think that was the day the accident happened. Just seeing that jersey ... seeing '32' all over the TV and just knowing that he's a Longhorn legend ... a country-wide legend, just being able to wear that number and have something in common with him I feel like is big."

Roach has been wearing No. 32 since his freshman season. He said it's never lost on him the weight the number carries.

"It always means something big to me because a lot of greats before me wore the number/ Cedric Benson, also guys like Johnathan Gray," he said. "I'm not from Texas, but they say he was the best high school running back in Texas history and you hear the same thing dealing with Cedric Benson."

Benson is the second leading rusher in school history. He passed away in a motorcycle accident on Aug. 17.

The Longhorns plan on honoring him with a "No. 32" decal on their helmets.

"There was kind of a fog over the team the day that Cedric passed because of the way he carried himself as a person, as a player here," quarterback Sam Ehlinger said.

Ehlinger, who grew up a diehard Longhorns fan, remembers watching Benson play. He said his style of running was reflected in his personality.

"Growing up, being able to see a guy compete like that, the way he ran the football and the passion [with which] he played the game of football, you could see that he just loved what he was doing and he loved life," said Ehlinger.

"Everyone knew how special he was and what he meant to the university," Ehlinger said. "Our thoughts are definitely with his family and friends. It was something you never want to see, and we're going to wear 32 in his honor on the helmets. That will never be a thought that leaves this team."