Brent Bellinger, Senior Environmental Scientist for the City of Austin, said the plan now is to control zebra mussels from spreading out of the Colorado River basin, and avoid another invasive species from getting into Central Texas waterways. 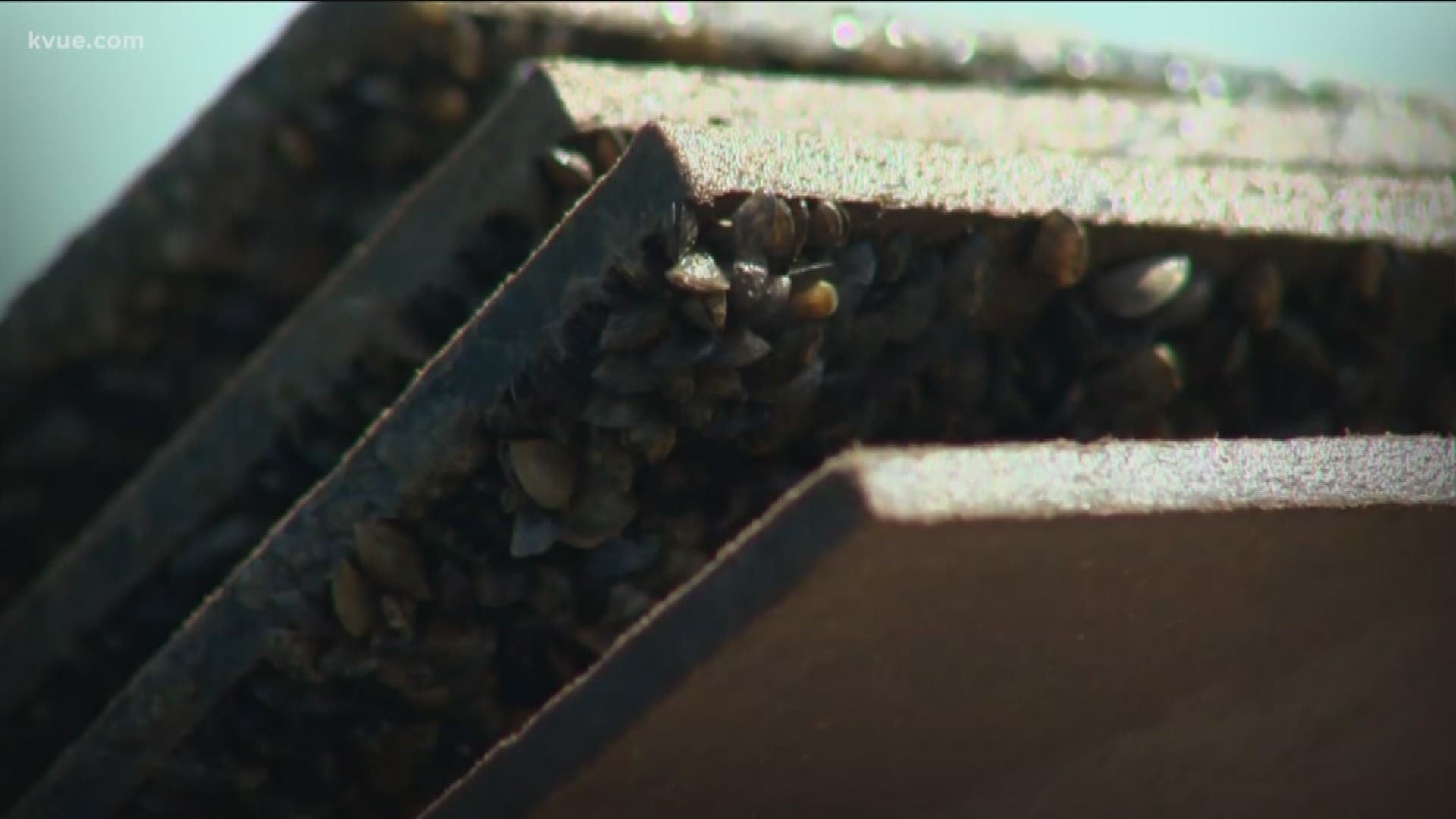 AUSTIN, Texas — Zebra mussels continue to cause problems for Central Texas. The most recent issue was a strange smelling water after the mussels got into a water pipe.

"They're new here in the area, so we just started the study of the adult and juvenile populations," said Brent Bellinger, Ph.D., who is the Senior Environmental Scientist for the City of Austin, "now we'll see how they respond."

Zebra mussels are nothing new for Bellinger, he's been studying the invasive species for years.

"Coming from the mid-west, we've seen it up there for 30 plus years," Bellinger explained. "It's fairly new here because of the climate and aquatic systems we have."

He said zebra mussels' population tends to fluctuate depending on the area's ecosystem.

"Typically in an invasion of a new system, usually the population will boom and bust, the system can't sometimes maintain it so it'll bust, and you get an equilibrium," Bellinger explained.

He said getting rid of them completely in large bodies of water would be nearly impossible.

"You would have to treat [the body of water] from top to bottom and you will kill off what you don't want to impact," Bellinger explained, discouraging anyone to avoid using chemicals that could impact the ecosystem.

Bellinger said the plan now is to control them from spreading out of the Colorado River basin, and avoid another invasive species from getting into Central Texas waterways.

He said a big concern would be if the Quagga mussels make their way to Central Texas.

Quagga mussels are close to twice the size as Zebra mussels, and take up nearly 98 percent of the land under a body of water.

The Quagga mussel is currently in the Great Lakes, Lake Powell and Lake Michigan, and could easily transfer to Central Texas if boats are not rinsed out before coming to Central Texas.

Bellinger said although the Quagga mussel isn't near Central Texas, it's important to take precaution so they don't end up here.

"It's imperative to be diligent to clean up your boat and trailer to prevent any spread," Bellinger said.