Christine Debrecht said the can blew the center console off its hinges, smashed through the sunroof and landed 50 feet away. 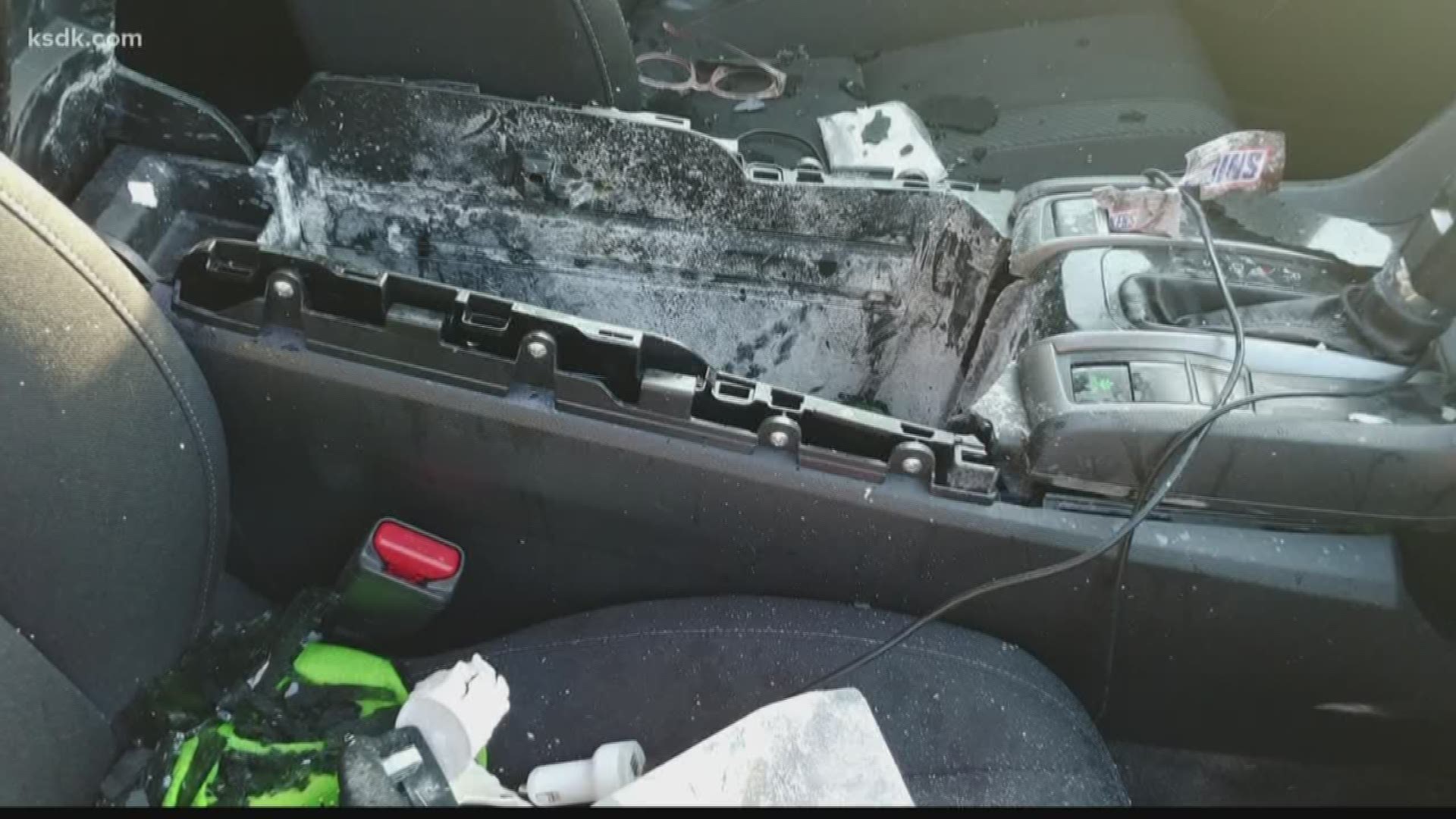 ST. PETERS, Mo. — It wasn't a bomb or a bullet, but a can of dry shampoo that turned into a projectile and burst through the sunroof of a car. Now a St. Peters woman is warning others not to leave aerosol cans inside a car.

"We thought something fell down from the sky, but the glass was going out so we know that wasn't the case," said Christine Debrecht.

Debrecht is talking about the giant hole in the sunroof of her daughter's Honda Civic.

Luckily, nobody was inside the car at the time. Debracht said the damage was so severe, it took about 10 to 15 minutes to figure out what had even caused it.

What had happened was her daughter left a can of dry shampoo in the console of her car. The intense heat inside the car caused the can to explode and turn into a projectile.

"It blew the console, the center console, it must have been sitting straight up in there," Debrecht said. "It blew it straight off its hinges and blew the whole thing off. And then shot up through the sunroof and it was about 50 feet away."

Most aerosol cans have warnings reminding users not to store them at temperatures above 120 degrees. The heat inside a car on a hot day can exceed the temperature aerosol cans can withstand, causing them to burst.

Now Debrecht wants to warn others.

"Don't leave aerosol cans in your car. It's not something we think about every day. And I know our kids have so much stuff on their minds, and even adults, you know. And it's handy to have things with you where you go."

The car is now at an auto body shop and though there's no word yet on the amount of damage, insurance will pay for it. But the owner of the body shop said that in all the years he's been repairing cars, he's never seen anything like this.

Charges: Man didn’t feed his dog and then he dumped her