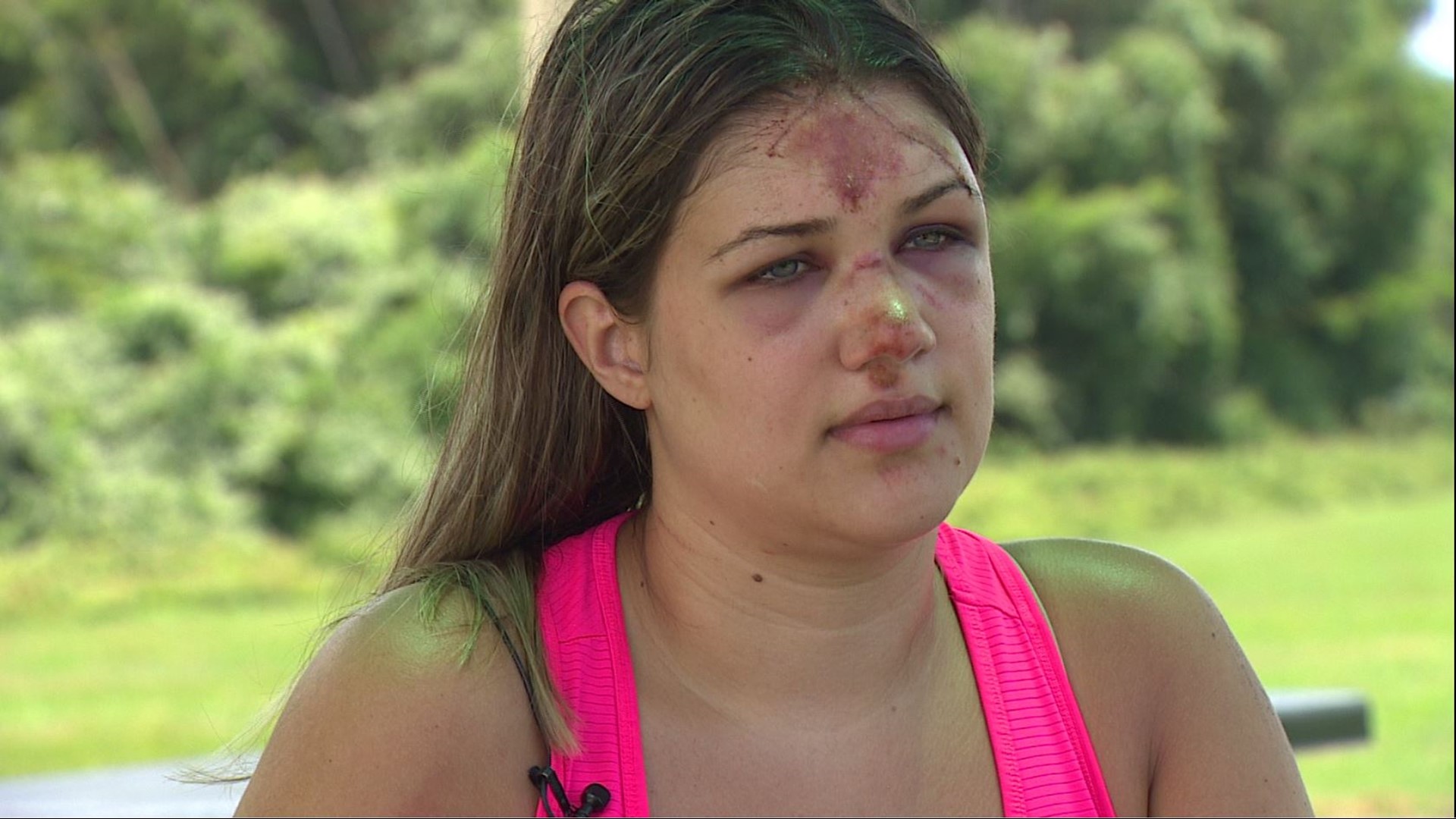 NEW BRAUNFELS, Texas — A woman says she was brutally attacked by a group of people during a weekend tubing trip near New Braunfels.

Lindsey Rose, 30, said she was attacked by as many as four people who were trying to steal her friends' innertubes.

“The cut was so deep, it went down to my skull,” said Rose. “I’m completely numb now.”

It happened during what was supposed to be a fun weekend tubing the Guadalupe River near New Braunfels.

Rose, who lives in Missouri City, went with her boyfriend and their $10 innertubes.

“I definitely didn’t think my face would look like this over an innertube,” said Rose.

She said she was attacked with some sort of weapon by up to four people.

Possible theft along the river is something she and others had been warned about.

“One of the girls just started being ugly and I was like 'I just want to see the tube,'” said Rose. “I don’t remember anything else after that. I woke up and I had a pile of blood on the floor and going to the emergency room.”

Rose filed a report with the Comal County Sheriff’s Office, which is investigating.

Meanwhile, her story is being shared on social media since so many Texans go tubing.

“If they want to get down to it, we can find them,” said Rose.

For now, she’s holding off on seeing her own 3-year-old son.

“I don’t want him to see mommy like this,” said Rose.

We’re told the area where this happened has no surveillance cameras, but Rose believes the suspects were driving a black pickup truck.

Anyone with information is urged to call the Comal County Sheriff’s Office.